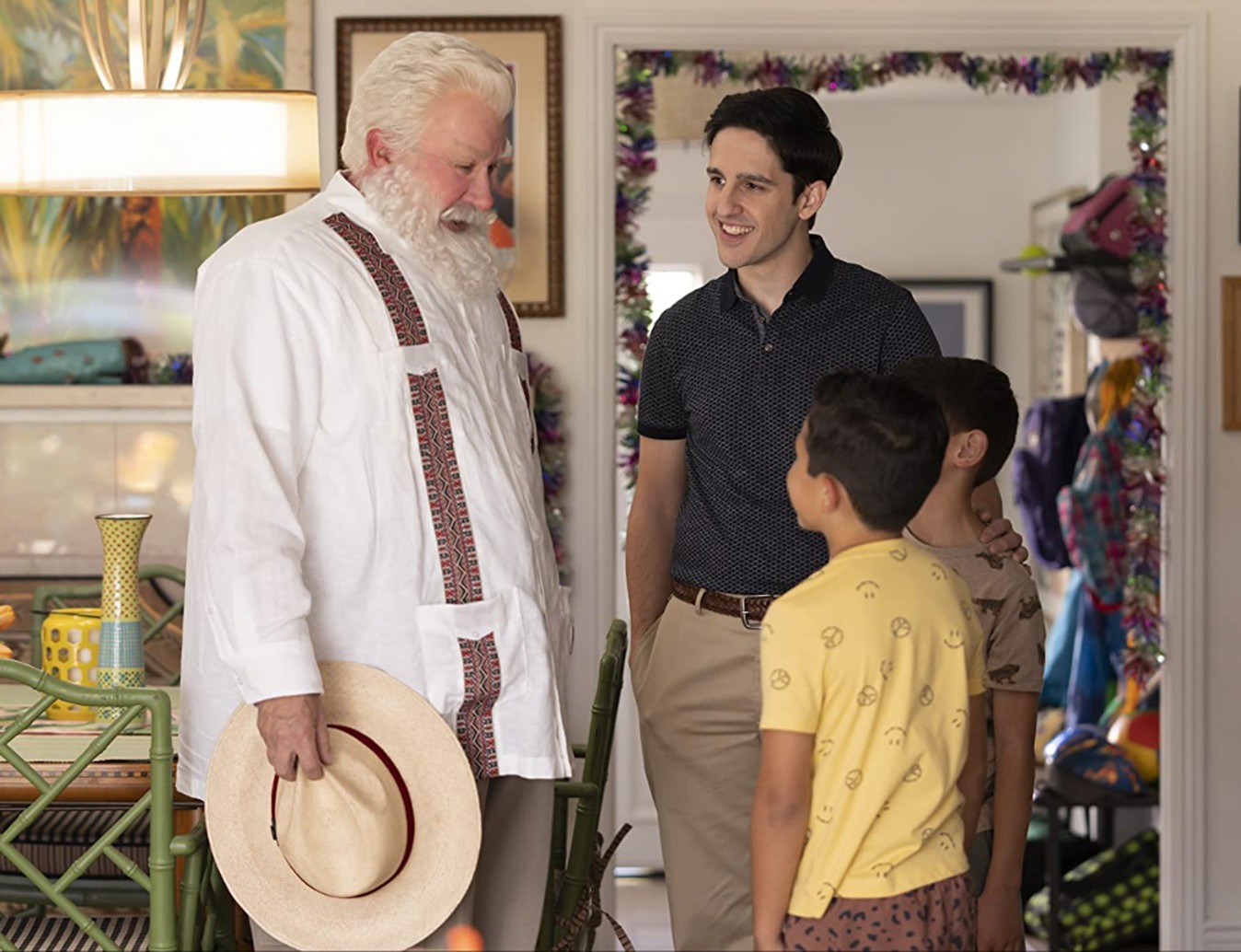 The Santa Clauses arriving on Disney+ this Christmas was something I’m sure many of us never expected or even necessarily wanted. The Santa Clause trilogy, at least in my view, ended the story of Scott Calvin (aka Santa) in a way that provided closure but also fun speculation about the family’s future at The North Pole. However, the latest installment, although riddled with some clichès and hammed in attempts at being ‘woke’, offered fun nostalgia and an opportunity to extend the franchise in the future.

After 28 years since the first The Santa Clause movie I was dumbfounded that most of the original cast was included in the new series. With Tim Allen reclaiming his most impactful role for a generation, it’s as if he never took off that big red coat at all. His performance as Santa with his snappy comebacks, remarks, and mannerisms remained true to his character whilst also offering a new perspective. Beginning with denial in the first episode surrounding Santa’s mishaps and loss of magic, I felt Tim Allen in the series perfectly captured all five stages of grief when it came to Santa’s potential retirement – a new, less cheery side to our beloved, confident Santa decades prior.

With Santa’s retirement up in the air, countless interviews are had in order to hire his replacement. Now, the obvious choice would have been Charlie (Eric Lloyd) who comes back in a touching cameo showing him and his new family in Florida. However, due to not wanting the position (and his wife being unaware of his father’s profession), Charlie leaves Scott needing to hire outside of the family. As always there is a ‘big bad’ as seen in the past movies with Toy Santa and Jack Frost; this new ‘villain’ of Simon Choksi (Kal Penn) however, offers a realistic and real-world motive. Simon’s actions are viewed as ‘evil’ and unchristmassy throughout as he attempts to capitalise on Santa’s speedy delivery vortex even Jeff Bezos couldn’t compete with. However, his agenda stems from past rejection and the need to prove himself and create a life he believes to be best for him and his daughter Grace (Rupali Redd). Fuelled by his wife’s recent passing, and alike the past movie ‘villains’, I believe Simon just couldn’t help himself — and like many today — was blinded by financial success and fame. He was losing the spirit of Christmas.

The new series offered closure as Bernard’s exit from the franchise was finally explained – him now married and living as a human, exchanging his immortal youth for true love. However, the random Matildaesque elf dance routine along with the poorly written in neurodivergent conversations when deciding on The Naughty & Nice List I found to be unnecessary pandering which took me out of the candy cane and hot cocoa-filled world. If anything, the scenes where ADHD was mentioned seemed to annoy Santa (Tim Allen) as it appeared no child could be declared ‘naughty’ and for a moment, given the recent frustrations and setbacks in the series, it could have been interpreted that the character was ignorant – something that could have been avoided as the scene was unnecessary and didn’t add anything to the overall plot. Comments Simon makes about not hugging the elves as it seems like a ‘trap’ were crudely written and again unwarranted in a beloved Christmas movie/TV franchise. Illustrated better and more subtly in later episodes is the weirdness of a grown man, out of context, knowing the name of a random child and what he got for Christmas. Compared to Simon’s remarks, this scene was funny and showed how detached Scott had become from the dangers and social etiquette of the real world.

Whilst I thoroughly enjoyed seeing the return of Bernard (David Krumholtz) and the descent into the past lives of Santa; when hearing Scott’s backstory I can’t help but feel the show missed a trick. It’s finally revealed, by the Santa before Scott, that him becoming the new Santa 28 years ago wasn’t a mere coincidence, but planned. ‘The Santa Clauses’ which have been the main focus of all three past movies turn out to have been written specifically for Scott’s reign as it’s revealed how he is the very first human to have ever been Santa. Chosen because of his selfless actions as a child upon meeting his predecessor on Christmas Eve, I anticipated based on the previous episodes of Simon’s terrible reign combined with Scott going back to see Sarah’s house (the girl who gave him Soya milk in the first movie), that the new Santa would have been chosen based on merit rather than inherited. Unfortunately, it seems for now that upon Scott’s actual retirement, his red coat will be passed down to his son ‘Cal’ aka Buddy (Austin Kane) instead of being offered to Sarah (now played by Casey Wilson). Considering how Sarah revealed how she didn’t have anything going for her now she’s moved back with her parents I assumed that the trend of human Santas would be chosen due to childhood personalities – especially considering Cal’s want to explore and experience the human world. Based on the show’s success, however, I feel this isn’t the last we see of the Calvins.