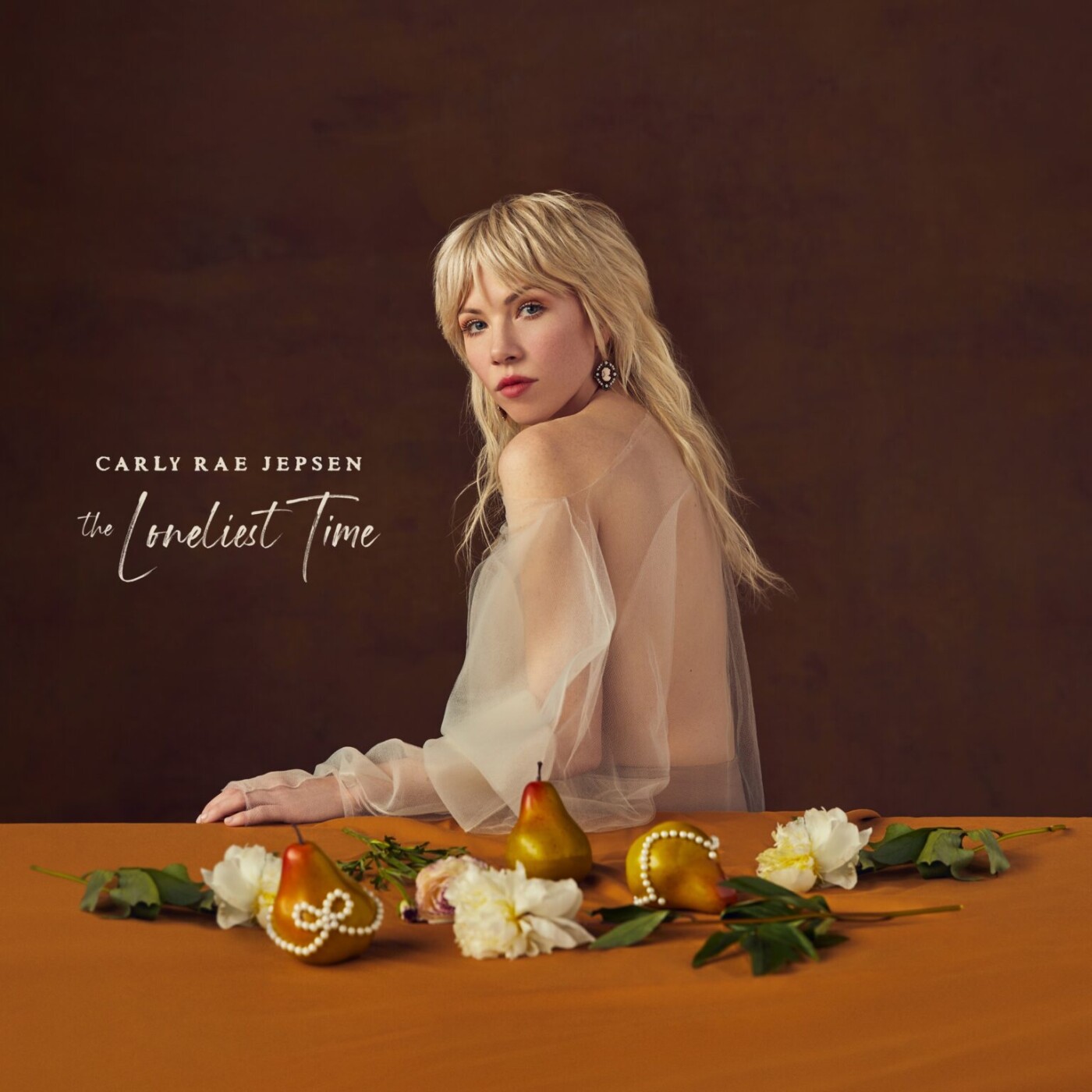 “I’m tryin’ not to f*** this up,” sings Carly Rae Jepsen on ‘Surrender My Heart’, the opening track The Loneliest Time. Fortunately, she’s not talking about her latest album here, the follow-up to the exceptional Dedicated Side B (2020.) Instead, it’s a concern of a far more personal nature as the Canadian hones in on the idea of solitude to guide her newest record.

Jepsen takes note to mature her sound on this project, a process that involved employing more than a dozen different producers in the construction of The Loneliest Time. It’s perhaps inevitable that the end product delves into a variety of styles. And while this could hardly be described as sonically cohesive, it’s able to fit the bill of thematic consistency nicely. The disco-pop magnitudes that established her as a critical darling remain present, yet Jepsen takes on elements of a more mellow, dreamy style too.

Jepsen knows not to take herself too seriously

Synth-pop floor filler ‘Talking To Yourself’ is perhaps the standout track on The Loneliest Time. Jepsen is adamant that the subject of the song — an identified ex — is incapable of fully moving on (“Are you thinkin’ of me when you’re with somebody else? / Do you talk to me when you’re talkin’ to yourself?”). And while ‘Talking To Yourself’ never provides that answer, its energetic production (fiercely reminiscent of her 2015 album E•MO•TION) and signature Jepsen-style hook ensures that even if her former lover isn’t thinking of her, the listener will be.

It’s important to note that Jepsen knows not to take herself too seriously. This is best exemplified by ‘Beach House’, inspired by the string of botched suitors encountered during Jepsen’s ill-fated attempt at online dating. Recounting a multitude of bad dates but always taking it in stride, ‘Beach House’ escalates to a humorous male-vocal bridge which climaxes with the line “I’ve got a lake house in Canada / and I’m probably gonna harvest your organs.” Corny? Yes. But it’s certain to be enthusiastically quoted by fans, and isn’t that just all an artist needs sometimes?

Some tracks do seem to blend together in Jepsen’s soundscapes

Having previously worked together on ‘Warm Blood’ (E•MO•TION), Jepsen teams up again with producer Rostam Batmanglij (HAIM, Vampire Weekend) on two songs: the carefree lead single ‘Western Wind’ and the soft-spoken ‘Go Find Yourself Or Whatever.’ Both tracks are excellent examples of Jepsen’s versatility — both songs have stripped-back elements but while the former is a breezy percussion, the latter leans towards a sentimental ballad. On ‘Go Find Yourself Or Whatever’, Jepsen is at her most vulnerable as she exclaims: “I could cut a thousand roses / show you that I’m all torn up inside.”

The best part about The Loneliest Time’s sonic diversity is that it allows ample opportunity for Jepsen’s voice to express itself. This is best seen on the title track — a cinematic duet with compatriot Rufus Wainwright which showcases her roots in musical theatre. Compared with the fire that powers the likes of ‘Surrender My Heart’ or ‘Talking To Yourself’, there is a sure departure, yet it remains remarkably enticing.

Some tracks do seem to blend together in Jepsen’s soundscapes (the likes of ‘Far Away’ and ‘Sideways’ are individually fine but do little to distinguish themselves). And The Loneliest Time often struggles to reach the lofty peaks of her previous output — there’s no answer to ‘Run Away With Me’ or the dash of genius that is the ‘Felt This Way/Stay Away’ duo.

This is hardly a blemish on Jepsen — many would kill to have any album as well assembled as The Loneliest Time is. But it is missing that punch to take it a step further — perhaps a potential The Loneliest Time Side B (Jepsen wrote more than 100 songs for the record) can provide this. In the meantime though, her latest offering is a perfectly respectable addition to one of pop’s great pantheons.

Recommended listening: ‘Talking to Yourself’.