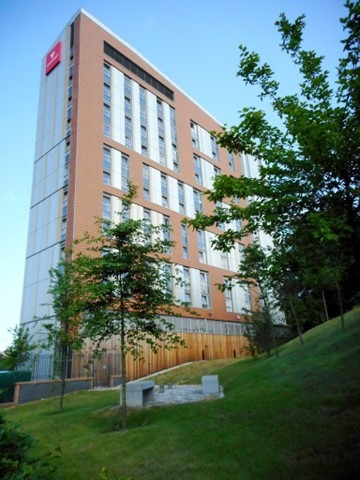 Students struggling for accommodation across the UK

A combination of ballooning renting costs and lack of available accommodation has left students from several UK universities struggling to find a place to live.

Students at the University of Glasgow were advised by the university to defer their enrolment by a year if they have not been able to secure accommodation. The city, along with many other areas of the UK, is suffering from a rental crisis due to surging demands.

One flat in Glasgow that became available to students received 215 inquiries within two days. The issue is not unique to Scotland either: students attending universities across the UK including Manchester, Bournemouth, and Cardiff have all been forced to commute due to not being able to find somewhere affordable to live.

The Higher Education Policy Institute (HEPI) recently published research which showed that students who commute are more likely to receive a lower grade and drop out of their studies.

In one particular example, the University of the West of England (UWE) was offering students who are due to attend the university’s Bristol campus rooms in Newport. It would take students almost an hour to travel from Newport to the university.

One student, Olivia, who suffers from ADHD and was originally not assigned a room said: “Having a university turn round and say, not only are we not taking your needs into consideration – we’re also going to tell you to find your own accommodation – that’s the last thing I needed.”

Olivia eventually revoked her own offer and accepted an offer at Swansea University where she was able to secure university-owned accommodation much faster.

“Between 100 and 400 students at the university don’t have accommodation in St Andrews. The majority of rents have jumped at least £100 a bed if not more in the last year.”

Cardiff Metropolitan University refused to allow students that lived local, which they classed as either Cardiff, Newport, or the Vale of Glamorgan, university owned accommodation.

This has had a negative impact on students, with one student, Dominic, saying that: “It was hard to meet new people. No one seemed to want to talk to me. It made me feel like a complete outcast.”

Dominic decided to drop out of university and he acknowledged that not being able to live with fellow students influenced his decision.

Even those students that have been able to find suitable accommodation are being forced to pay higher prices than in previous years.

At the University of St Andrews, a local estate agent said: “Between 100 and 400 students at the university don’t have accommodation in St Andrews. The majority of rents have jumped at least £100 a bed if not more in the last year.”

In some cases in Glasgow, single bedrooms were advertised at £1000 per month, with estate agents adding ‘proposed rent’ categories where potential renters could enter a rate above the advertised rate.

Saurabh Arora, CEO of University Living, a student housing marketplace, said: “The phenomenon of the crisis has not been exaggerated at all, the UK hit its 600,000 international student target 10 years ahead of time.

“This coupled with the lack of supply of student-friendly accommodation has led to the accommodation crisis. We have seen a 5x increase in inquires from students between July-September.”

Arora also added that accommodation takes up at least 40% of a student’s total expenditure.