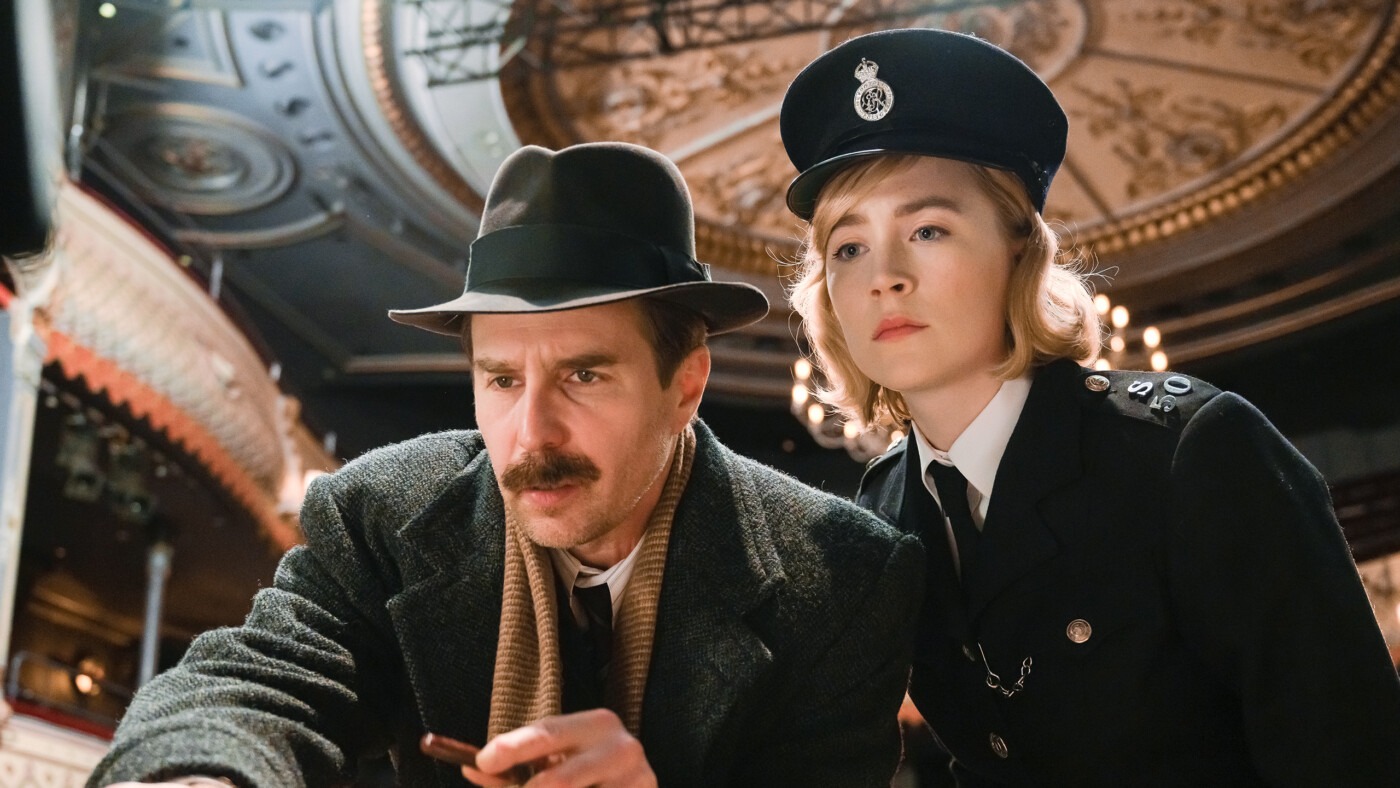 Tom George’s See How They Run is a cosy murder-mystery comedy made to possess the traditional whodunit aspects with a classic Hollywood movie twist. Based in the West End of 50’s London, we follow as Inspector Stoppard (Sam Rockwell) investigates the murder of the American film director Leo Köpernick (Adrien Brody) alongside his mentee, Constable Stalker (Saoirse Ronan). Köpernick was killed during a party for the 100th performance of The Mousetrap, leading Stoppard and Stalker to investigate a collection of suspects consisting of eccentric creatives in classic whodunit fashion.

The film is both about and inspired by the writing of Agatha Christie as it focuses on the play adaptation of The Mousetrap. The characters in the film are based on the original actors from the first West End show, including Richard Attenborough (Harris Dickinson) and Sheila Sim (Pearl Chanda). We are taken through the backstage drama of the upcoming film adaptation of the play that is to be directed by Leo Köpernick, and we come to discover that he was a controversial character disliked by most. This then leads to the cross-examination of the many characters.

I found that in all the dramatic irony, the best elements of the genres got lost

What’s interesting about this film is how it handles both whodunit and Hollywood clichés in such a way as to mimic those very techniques. It almost becomes a parody of both genres. In one scene, playwright Mervyn Cocker-Norris (David Oyelowo) mocks Köpernick’s flashy Hollywood ideas by tossing an insult at the use of title cards in films. This scene is then immediately followed by a title card, Tom George’s sneaky way of poking fun at the clichés.

Mervyn’s character represents the stereotypical pompousness of classic playwriting and directly contrasts the tacky flamboyance of American cinema as represented by Leo Köpernick. George embraces this juxtaposition in a meta way as the conventions that are criticised are in fact used in the film.

While the film is a play between two genres, I found that in all the dramatic irony, the best elements of the genres got lost. The film seems self-aware of its use of stereotypical characters, including a self-destructive detective, an over-eager second in command, a self-absorbed celebrity actor and an irritating American. However, the irony got old pretty quickly and just resulted in a very predictable storyline.

The use of irony and self-awareness was clever, however I think it resulted in the film losing some of the best elements of a whodunnit

The same issue also came from the use of genre conventions. The meta handling of typical whodunit and Hollywood tropes was funny at first, but it spoiled the anticipation of the plot because we were directly shown the techniques that were obviously going to be used in the film. While this seems like an intentional layer of irony (a whodunit without the dramatic build-up of who did the crime), it made the plot unexciting to watch. The use of irony and self-awareness was clever, however I think it resulted in the film losing some of the best elements of a whodunnit, like the tension and twists.

The investigative process in the film was also not well executed and seemed rushed. It seems like an unfortunate side-effect of the choppy, fast-paced style that Tom George was going for, that in other ways, was enjoyable. There was not a very deep dive into any of the characters, including the investigator or any of the suspects, which made them quite two dimensional. Again, the use of stereotypes was purposeful but still made it a little uninteresting to watch.

I would recommend this film as a comfy, easy watch for its silly comedy and visually pleasing aesthetic

However, what improved the viewing experience was the aesthetic choices made by the director. The film had a retro/comical style shown through its use of symmetry and patterns in combination with Hollywood action shots. Again, hinting to the contrast between the two genres. Additionally, I feel I cannot write a review for this film without mentioning Saoirse Ronan’s performance- Her comedic timing carried the overall humour value of the film. She certainly stood out amongst the rest of the cast.

Overall, See How They Run, in its irony and self-awareness, seemed to lose the exciting and interesting aspects of the genres that it mocked. It lacked the suspense, curiosity and back and forth that makes a whodunnit enjoyable to watch. Nevertheless, I would recommend this film as a comfy, easy watch for its silly comedy and visually pleasing aesthetic.