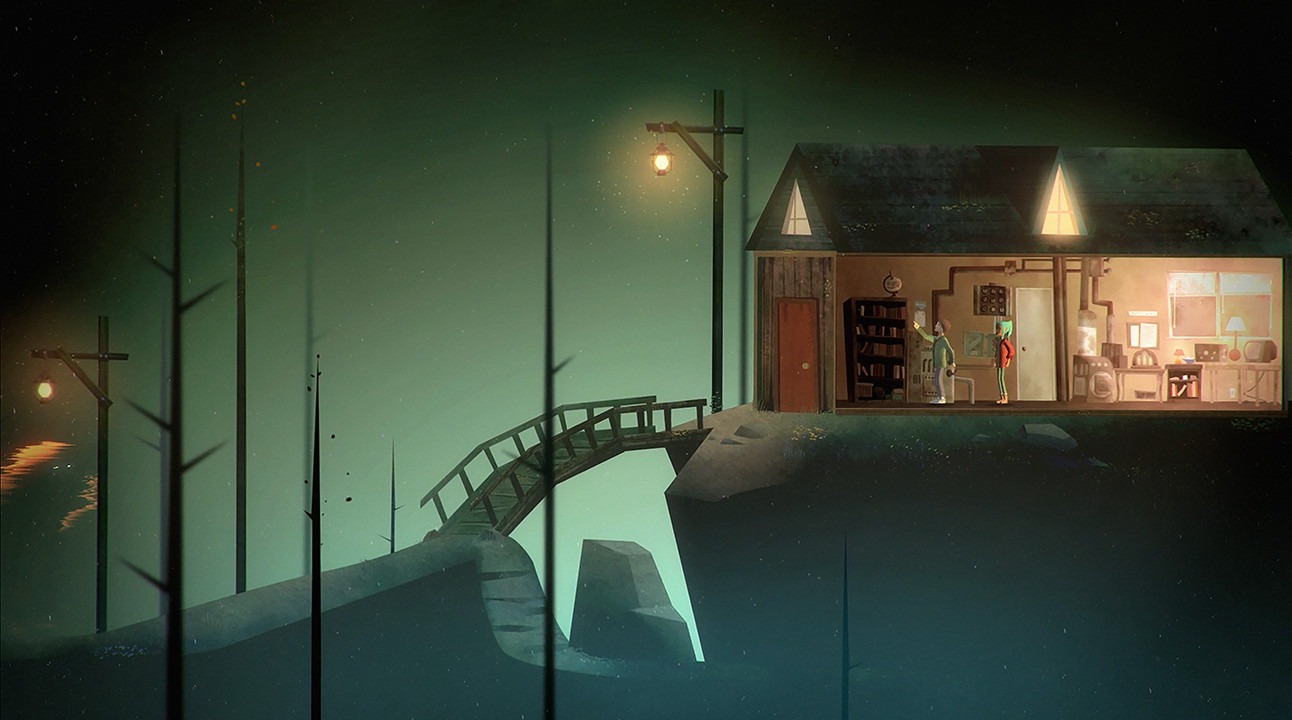 Anybody who plays games will know that there are ones that stick with you for life. Whether this is due to their sentimental value, unique nature, or just overall excellent quality, there are some games that we feel inclined to pick up again and again. These are usually the same games that we cite as our favourites, (though I always struggle to pick a top five), and the ones that we recommend whenever our friends are looking for something new to pick up.

In my case, this game is Oxenfree, a supernatural horror game developed and published by Night School Studio. While the game was released in 2016, it has remained a firm favourite of mine ever since and pushed me to become a fan of the developers, who have continued to produce stellar, story-driven games with a charming and recognisable art style.

Night School Studio was established in 2014 by Sean Krankel and Adam Hines, and is based in Glendale, California. Oxenfree was the developers’ debut game, which received generally positive reviews and was nominated for multiple awards, including ‘Outstanding Achievement in Story’ at the 20th Annual D.I.C.E. Awards (commonly known as the Oscars of video games).

They released their first mobile game the same year, Mr. Robot:1.51exfiltrati0n, which was published by Telltale. However, the studio’s next big project was the adventure video game Afterparty, released in 2019 and also appraised for its “personal, intriguing story” about the afterlife of two college students. While Night School had been working on a Stranger Things video game, it fell apart when Telltale was abruptly closed and the talent from the project was absorbed by Afterparty. Reportedly, the developers would’ve gone bankrupt if they hadn’t already been working on Afterparty alongside the other game they were making for Netflix.

Their next game was an Apple Arcade exclusive, Next Stop Nowhere, was an adventure game set in space, a departure from their previous supernatural-themed games, and suffered from this as well as having a limited release. Although Next Stop Nowhere was their most recent game (2020) and had the poorest reception, it seems unlikely that the studio is headed for decline, as a sequel to their most popular game Oxenfree II: Lost Signals is set to be released this year. Returning to their original success might seem like a cheap trick, but it seems likely to be successful as Oxenfree fans have clamoured for a sequel since it was published in 2016. Utilising the unique gameplay elements, accompanied by the emotional story-telling seen in the first game, will probably boost the success of Night School Studio again.

As a longtime fan of the developers, it’s the stories that Night Studio tell that keep me returning to their games again and again. Often deeply rooted in loss, grief, and friendship, their games tell the coming-of-age stories that we’re used to enjoying on the silver screen but not on our consoles. They’re emotionally moving while retaining a light-hearted and humorous tone, much like how we deal with our feelings and experiences in daily life.

The games also employ idiosyncratic talking mechanics, where the characters will engage in conversation while the gameplay occurs rather than plunging the player into an irritating and unskippable cut scene. Like real people, the characters (including the player’s) will chatter about the environment, as well as their personal lives and opinions, as you explore— there’s no need to click on a character and monotonously go through the dialogue options. In Afterparty, which takes place in a hell-meets-university-party setting, this is built on by the ability to unlock more dialogue options the more your character drinks. Different drinks can also impact their behaviour in other ways, a familiar experience for many of us in real life.

One of my favourite mechanics in games is also used: the choices of the player will impact the ending of the game. For example, whether you are friendly to the other characters or choose to isolate yourself drastically changes what happens in Oxenfree, which adds to both the replayability and meaningfulness of your decisions. I’ve played many games that utilise this feature, as I feel it adds to the experience, and I think Night School always does it best.

If you’re the kind of person who plays games for their stories, I can guarantee that Night School Studio games will appeal to you. As well as being completely unique in terms of story and gameplay, they’re very enjoyable and well-worth spending an evening with. Who knows? Oxenfree or Afterparty might even become one of the games you keep playing again and again.