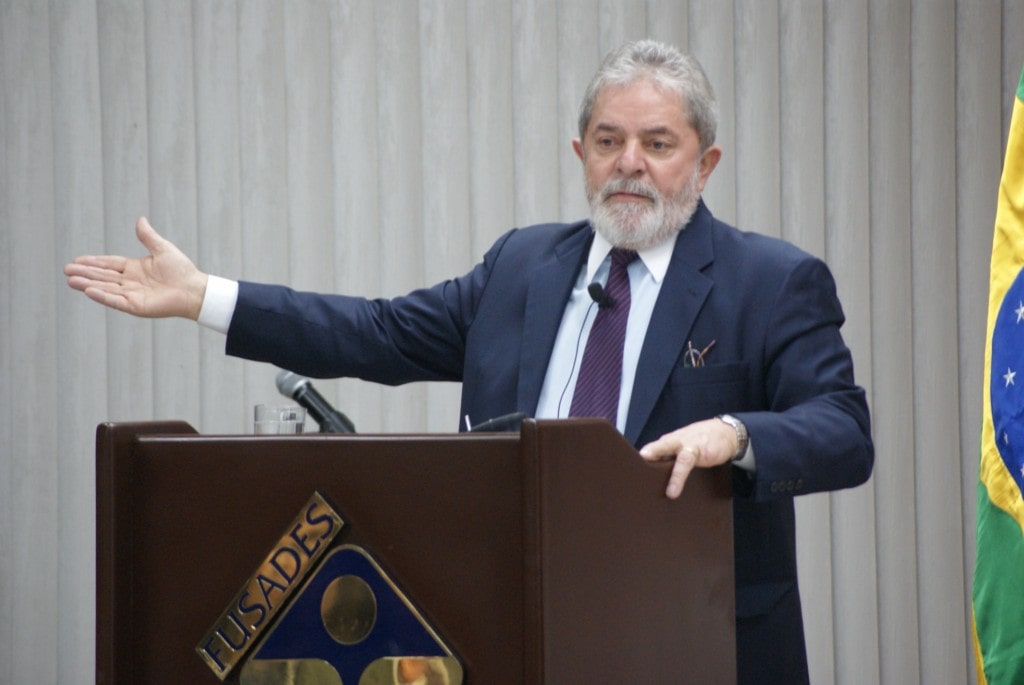 The supporters of Lula da Silva filled the streets of Sao Paolo after the hard fought, albeit narrow, defeat of incumbent Jair Bolsonaro in the recent Brazilian elections. A palpable sense of “relief” emerged for Lula supporters as Bolsonaro did not, as some feared, dispute his loss. The last four years have been a dark period for many, with unprecedented felling of the Amazon, threats to democratic institutions, and an increasingly toxic political atmosphere.

After the news was announced, environmental activists spoke of their “hope” for the future, whilst one academic said that “Lula’s election is a victory not only for the region, but for humanity and life itself”.

However, this optimism was balanced against an unexpectedly strong showing for the former president, who received around 49% of the vote to 51% for Lula. In fact, right-wing parties increased their representation in the lower house, forcing Da Silva to strike a tenuous coalition with smaller left-wing parties alongside his Worker’s Party (PT).

In an interview with The Boar, a PhD candidate at Warwick, who specializes in Latin American politics, has explained what the elections mean for Brazil and the region, laying out the challenges that Lula will face over the next four years.

“I’m quite optimistic about Brazilian climate politics,” Thais Simoes Doria said, “the day he won, Lula said he would be open to international cooperation to save the Amazon.”

“Lula indicated his ambition that Brazil will be the next country to host the COP conference. In order to win the election, he had to build a broad and deep alliance with other parties, which is really unprecedented.”

Perhaps unusually for the region – given the historical support of the US for various authoritarian regimes in Latin America – Lula’s election was supported by the Biden administration. Did this show a shift in the relationship between Brazil and America?

“With Biden in the US and Lula in Brazil, the relationship is going to go back to what it used to be, at least in the sense that we have a big partner in another hemisphere”.

But has US foreign policy changed? “No, I don’t think so. I wrote a chapter about how Latin American and South American countries reacted during the pandemic and how they coordinate policies. In the relationship between Brazil and the US, the US has other priorities.”

“There is a sense of neglect. Against this, Lula doesn’t frame the relationship as crucial, rather he builds relationships with other South American nations and the G20”.

Any reforms Lula makes can potentially be undone.

This qualified optimism about Brazil’s role on the world stage was somewhat more muted with regards to the prospects of domestic change in the next four years. Part of the problem, Thais explained, was that any reforms Lula makes can potentially be undone if the next set of elections swing back the other way.

“In Brazil, the President can govern by decree, but the next President can undo this, so it’s not a permanent change. In terms of LGBT rights, for example, Lula doesn’t have a majority in either House, and representatives are often more conservative.”

Another problem facing Lula, Thais said, is a degree of apathy towards the political process. There is a sense that politics in general is corrupt, politicians are self-serving, and some believe that there is little difference between Lula and Bolsonaro. “There is quite a high proportion of people who say they wouldn’t vote for either. This might seem odd, because [Lula and Bolsonaro] are extremely different candidates.”

“Almost four years ago, Bolsonaro made it his mission to deconstruct many domestic and foreign policies. He overruled social policies around food security and climate action. He supported illegal miners in the Amazon rainforest, as well as agribusiness.”

Thais said it was important to emphasize the relative nascence of Brazilian democracy. “We had a military dictatorship quite recently, really, from 1964 for twenty-one years. Bolsanaro tried to develop military strength to see if he can overthrow the election; he hasn’t, the institutions are too strong.”

Bolsonaro, like other far-right, populist leaders, has continued to use forms of rhetoric which pitch in-groups against out-groups. This rhetoric typically takes aim at minorities, the marginalized, and progressive communities. “Bolsonaro says we have to be careful with communism. He portrayed Lula as someone who hates Brazil.”

Bolsonaro also used a broadly critical media to his advantage, Thais said, creating a populist narrative of the people against the elite, even though, as she pointed out, he is a politician with several decades of experience. This image of the former president as an “outsider” is carefully crafted through social media, for instance through using staged photo opportunities and rallies to promote the idea that he is an important international figure.

“When the Queen died in England, he came here, and he used this space to talk to his constituency in Brazil. He used a photo opportunity in a hotel in Brazil to make it look as if he was a big figure outside of Brazil.”

Thais also claimed that the bike rallies for which Bolsonaro is notorious have been exaggerated to make them look bigger and more well-attended than they really are.

Though it is perhaps somewhat cliche to mention the parallels between Bolsonaro and the former US President Donald Trump, both figures were known for the promotion of quack cures during the Covid-19 pandemic. Both men promoted the drug chloroquine as a cure, while Bolsonaro’s administration questioned a scientist who cast doubt on the drug’s efficacy. The former Brazilian president also facilitated a “hostile environment” for science, some said, through promoting anti-science rhetoric and cutting funding for investment in science.

Further, the outgoing Brazilian regime sought to discredit scientists in the international community, particularly those focusing on deforestation. For example, the Bolsonaro administration questioned satellite data which appeared to show accelerating destruction of the rainforests.

These sorts of broadly nationalist strategies reflect broader questions around the relative balance of economic growth and sustainability, as well as the relative contributions of developing and developed nations in tackling the climate crisis. Lula has emphasized cooperation around climate change and the rainforests, but there is a perception that some external efforts to tackle deforestation might perpetuate new forms of power imbalances. Thais suggested that the involvement of Greenpeace in the Amazon has led to some questions around “interference”, not in an explicit sense, but rather in that organisations which are linked to developed countries might implicitly push modes of development which promote a certain sort of climate transition.

The perception of outsider interference in Brazil’s economy could embolden the populist right, which has pushed a nativist message of “country first”. Lula’s slim victory reflected a working-class movement especially in the north-east of Brazil, but Bolsonaro is backed by sections of the middle-class and industrial interests. This means the new President must walk a thin line between pursuing economic growth and reducing deforestation – a compromise which will be easier to satisfy with funding from developed nations to compensate for leaving the Amazon unexploited.

While there is relief for many over the outcome of the 2022 Brazilian elections, there is still a sense that the strand of politics which Bolsonaro represents has not gone away. “Democracy is still at stake.”