Days 7 and 8 of Album-pril: The Stage and Dark Side of the Moon 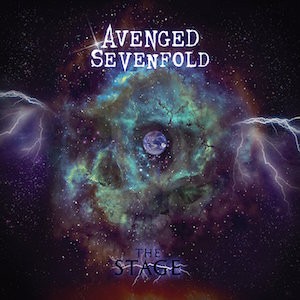 I’ve been meaning to foray into heavy metal for a while now, and this seems like a good enough place to start. Recommended by a friend of many years, I was intrigued to see if we had a single thing in common (we do not) and to perhaps garner a slight insight into who she is as a person (I did not). Nevertheless, I had fun. ‘The Stage’ and ‘Higher’ were my personal faves, for reasons I no longer remember. Overall though, I was fairly disappointed – I’d heard the songs were about some cool stuff but I could barely make out any vocals over the arrogantly mixed instrumentals. If this is common throughout the genre then my exploration of metal music may be at an end. That said, when I really focused, I did find it interesting; even without the lyrics, the music managed to describe the feelings of terror and uncertainty surrounding the future of AI and the potential downfall of society. Bloody long but it uses the time well.

Cover art: 8/10 looks slightly early 2000 sci-if horror TV with the lightning behind the text, but I dig it. Big fan of the inverted/white-backed deluxe album art as well.

Album name: 10/10 The Stage is the universe, get it? Life’s but a walking shadow, a poor player, that struts and frets his hour upon the stage, and then is heard no more; it is a tale told by an idiot, full of sound and fury, signifying nothing.

Bangers: 2/11 even with my newfound appreciation for instrumental solos/interludes (thank you Tim Minchin and Wet Leg).

Overall vibe: Bit nihilist but maybe you just like to wear black and play electric guitar and that’s alright, enjoy listening to your album at any time of day. 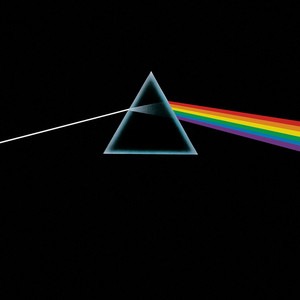 It had to be done. One of the most iconic albums ever and I had to find out why. I had literally never heard of Pink Floyd aside from this album, which having read up on the band is wild considering how many other albums they’ve released. It has spooky and somehow thought-provoking vibes. The few tracks I’m going to add to playlists going forward are ‘Time’, ‘The Great Gig In The Sky’, and ‘Eclipse’. Some of it made me think of Alien (my favourite Sigourney Weaver film) which was nice, although I think it may just be because of the eerie quiet space noises.  Psychedelic rock isn’t my thing but I’m glad I finally listened to this so I can actually have an opinion.

Next up: Two albums released almost 40 years apart, one from a young woman who “runs pop” and one from an anti-establishment punk band.