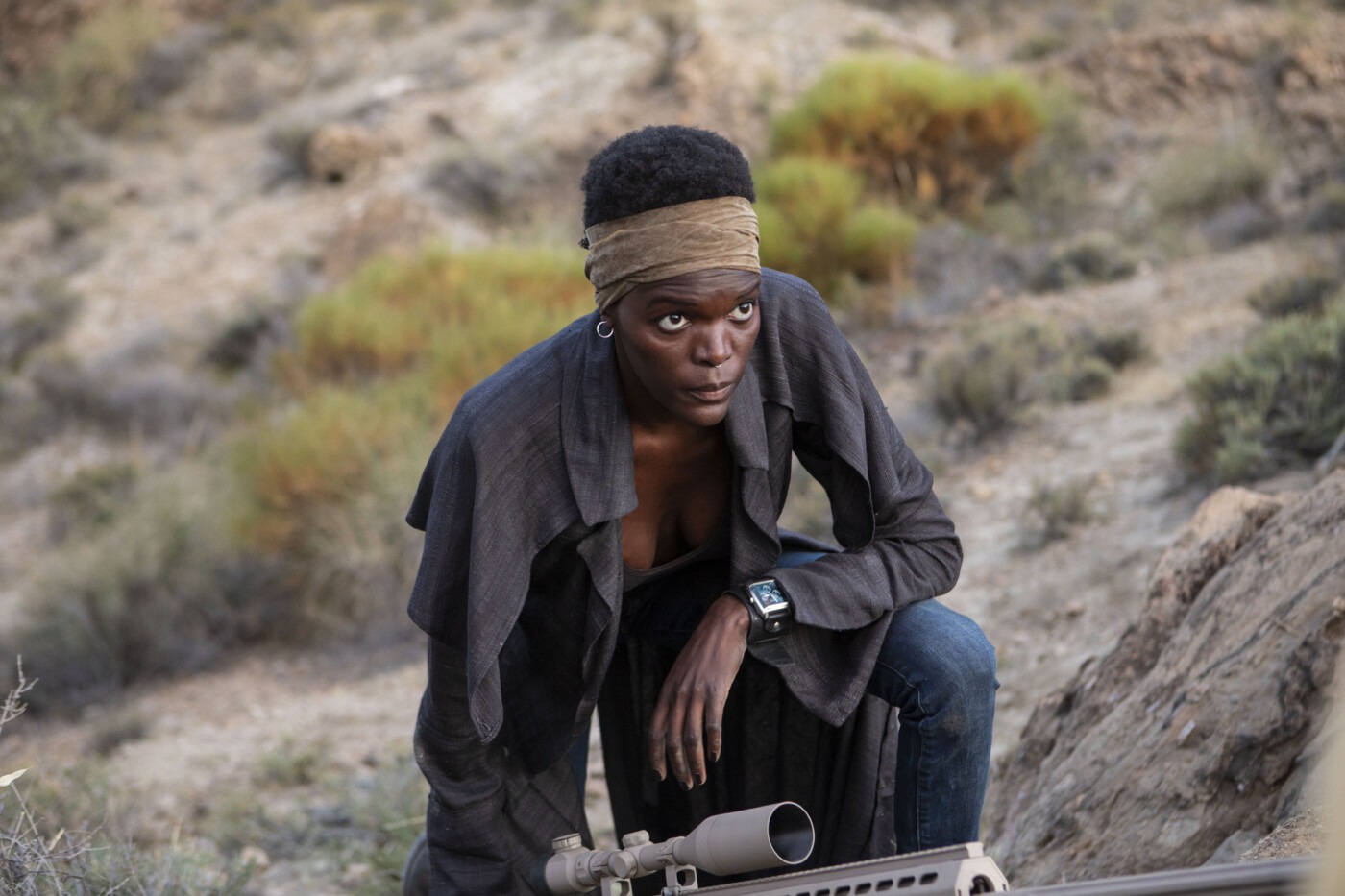 Coincidence? I think not: Sheila Atim and Thuso Mbedu reunite for another historical narrative

This autumn, The Woman King, directed by Gina Prince-Bythewood is released in cinemas around the world. The film tells the story of the powerful Agojie warriors resisting the threat posed by European invaders. It takes place in the early 19th century and stars Viola Davis, Sheila Atim and Thuso Mbedu. Prior to The Woman King’s release, Atim and Mbedu had already worked together on Barry Jenkin’s Golden Globe winning series The Underground Railroad.

Both actors were born in countries that have known the horrors of colonialism. Uganda was colonised by the British empire while South Africa was colonised by the Dutch and British empire for centuries. Sheila Atim MBE is a Ugandan-British actress who has won two Olivier awards for her work on stage. She is a singer, model, playwright, and actor who has been cast in the live action Pinocchio and All Dirt Roads Taste of Salt.

Thuso Mbedu is a South African actress from the province of KwaZulu-Natal who starred in Saints and Sinners as well as Is’thunzi. She was Emmy nominated twice for her role as Winnie in the latter and went on to win the Gotham award for ‘Outstanding Performance in a New Series’ in 2021, tying with Ethan Hawke.

There is no way that women this talented are drawn to similar projects by chance. Whether it is the promise of working alongside gifted directors, accomplished composers or realising three dimensional characters, these two certainly have a keen eye for scripts worthy of critical acclaim. Looking at their respective careers, freedom seems to be a recurring theme.

For Sheila Atim, who was part of the original production of The Girl from North Country, the 2020 film Bruised, and Nick Payne’s Constellations, her parts are often the underdog. Whether she is playing a pregnant woman struggling to keep her guesthouse afloat during the Great Depression or a trainer suffering from alcoholism, Atim makes you root for her characters. Thuso Mbedu on the other hand, chooses roles that are sure to break your heart. Her characters survive enslavement, sexual assault, psychological torture and more.

Atim and Mbedu show their versatility as actors, forcing the audience to recognise the impossible choices their characters were demanded to make

In their first project together, Atim and Mbedu played mother and daughter. In the television adaptation of Colson Whitehead’s award-winning book, no character is reduced to their circumstance. Mbedu plays the protagonist Cora and brings her to life with wit, empathy, and audacity.

Cora harboured feelings of hurt and abandonment towards her mother, Atim’s Mabel, for she believed that Mabel escaped slavery, leaving her young daughter behind on the Georgia plantation. For her moving performance as Mabel, Atim was nominated for an NAACP award. In this limited series, Atim and Mbedu show their versatility as actors, forcing the audience to recognise the impossible choices their characters were demanded to make.

In the upcoming film, like in many other examples of their work, Atim and Mbedu have perfected a new dialect to create a sense of cohesion. Unlike their southern drawls in The Underground Railroad, their dialects in The Woman King are inspired by Fongbe which was spoken in Dahomey at the time. But the director says that there is not supposed to be a singular dialect used here, since people from various regions resided in Dahomey; whether as prisoners of war or as those escaping it.

Time and time again, both actors have proven their willingness to change their bodies in the realisation of these characters. Mbedu plays Nawi, a recruit fighting to prove herself to her superiors and Atim plays Amenza, an Agojie warrior. Since Atim’s character prefers to fight with a spear, the actress got a tattoo of the weapon on her left forearm. For The Woman King, both Atim and Mbedu have detailed the intense workouts needed to prepare their bodies to do all the warrior women’s stunts.

As Amenza and Nawi, these women look capable of anything. It seems that thanks to this kind of dedication to the story and the cast’s passion for what it represents, The Woman King has already been met with critical acclaim and it looks as though more and more of Hollywood is waking up to the talent that Atim and Mbedu continue to embody.