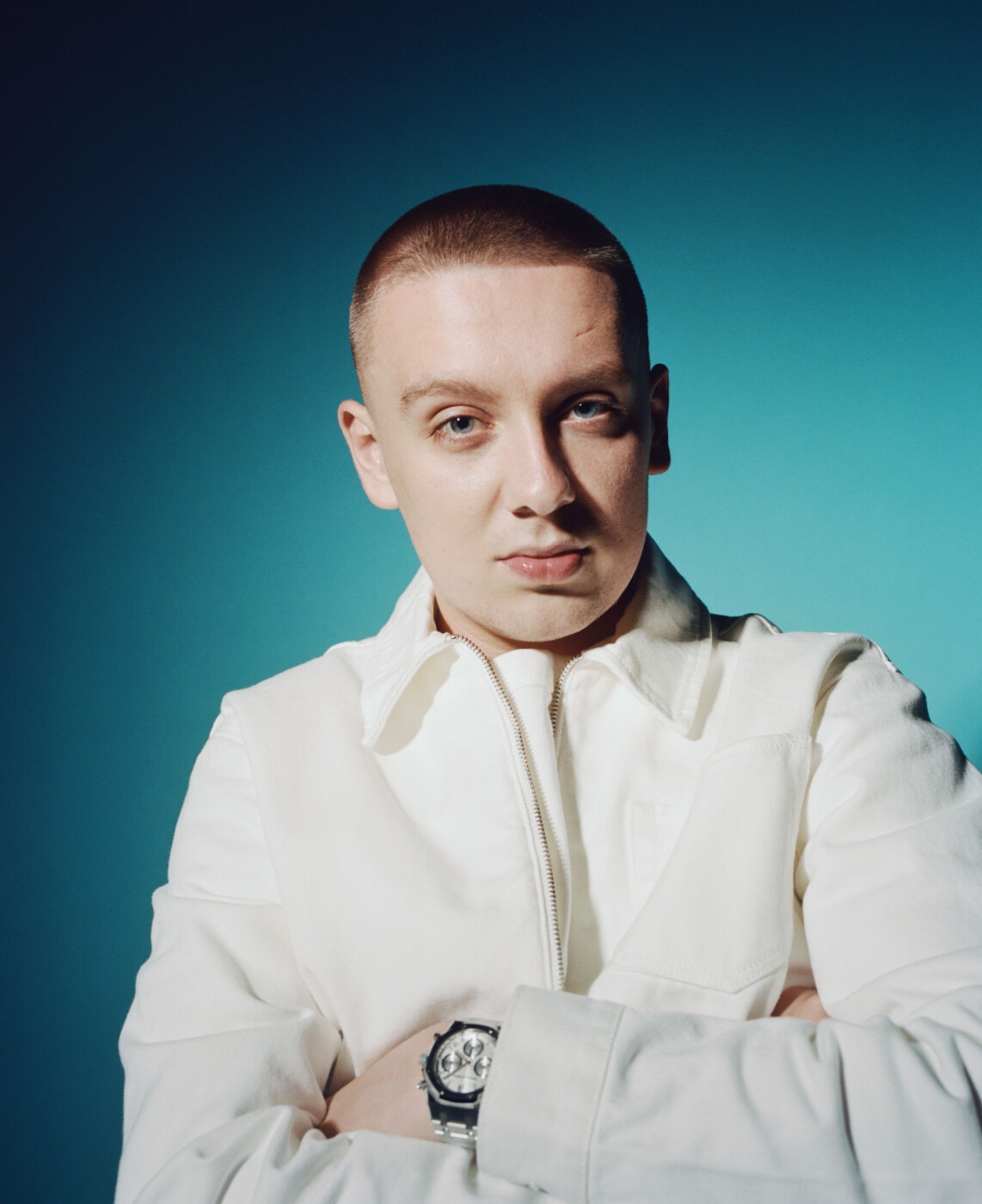 Aitch combines technology and music on his Close to Home Tour

It’s a Monday night in Birmingham and the streets seem quieter than normal. Perhaps this is because everyone and their mother (literally) is at the O2 Academy to see platinum-selling rapper Aitch.

The 3000-person-capacity O2 Academy may seem like a surprisingly small venue for such a big name in music, however, it provides the perfect blend of intimacy and atmosphere for this gig, creating a club-like feel for some of Aitch’s more upbeat tracks like ‘Rain’ and ‘Keisha & Becky’. It then becomes a close, small space for the personal tracks on this album, such as ‘BelgraveRoad_1’ and ‘My G’. Aitch uses technology to enhance the performance throughout his show, in particular the projector screen at the rear of the stage.

Aitch’s two opening acts, Tays and DJ Banks, set the tone for the evening by creating a fun, club-like atmosphere. Aitch himself continues this upbeat feel by opening with ‘Taste’ and ‘What’s Next’ from his 2019 EP AitcH2O. Then, having welcomed his audience to the show, he performs ‘Bring it Back’ and ‘Louis Vuitton’ from his new album Close To Home, which he indicates by projecting the album artwork – a cartoon-like drawing of a house. During ‘Bring it Back’, one of the cockiest, upbeat songs from the album, Aitch uses strobe lighting and fog machines to add extra excitement to the song. During these first four numbers, audience members are moshing and sitting on shoulders much like a festival.

‘30’ follows, with Aitch standing silhouetted amongst a smoke machine and some spotlights

Young T & Bugsey’s ‘Strike a Pose’, which Aitch features on, comes next, much to the delight of the crowd, who eagerly sing out the chorus and rap along with Aitch. To their advantage, Aitch cleverly uses the screen at the back of the stage to project the lyrics for everyone to see, which increases the confidence of the crowd singing during this number.

Aitch makes frequent use of the technology available to him. During ‘Buss Down’, one of Aitch’s first hit singles, the screen at the back plays the music video which helps alter the atmosphere of the number. The music video is a fun play on a 1920s speakeasy, shot in black and white – quite a contrast to the O2 Academy in Birmingham. This may also be a method of physically representing ZieZie, who the song features. With the video playing in the background, Aitch is also permitted a moment to flex his superb rapping abilities as the audience can compare his live vocals to the on-screen recording, which are perfectly in time. ‘30’ follows, with Aitch standing silhouetted amongst a smoke machine and some spotlights so he is only half visible to the audience.

Towards the end of his set, Aitch turns to some personal songs

Aitch maintains a strong relationship with his audience throughout the show, expressing his gratitude for his fans. One particularly admirable moment is his stopping the show after ‘Keisha & Becky’ out of concern for a few of his fans close to the stage who seem out of sorts. He asks members of the stewarding team to bring water to anyone who needs it and gets the audience to spread out a little more, giving people more space.

Towards the end of his set, Aitch turns to some personal songs: ‘BelgraveRoad_1’, ‘Close to Home’ and ‘My G’. During ‘BelgraveRoad_1’, Aitch takes a moment to reflect on his career and his upbringing in Manchester. Rather than performing this song to his audience, he turns to the screen which projects images of him throughout his childhood and in the early stages of his career. He sings the whole number with his back to the audience which feels surprisingly intimate and voyeuristic as if we are being invited into his inner reflections.

During ‘Close to Home,’ the album’s titular song, Aitch asks the audience to become a choir, singing along with the chorus. He again plays the music video for this number, perhaps as a way to credit the children involved in the studio recording, as with ZieZie in ‘Buss Down’.

To end the evening on a high after these more personal songs, Aitch finishes with two of his platinum-selling singles ‘Rain’ and ‘Baby’, reasserting his upbeat swagger, and getting the audience moshing and singing along once again.

If you have missed out on his tour this time, he will be continuing the Close to Home tour across Europe in the new year.