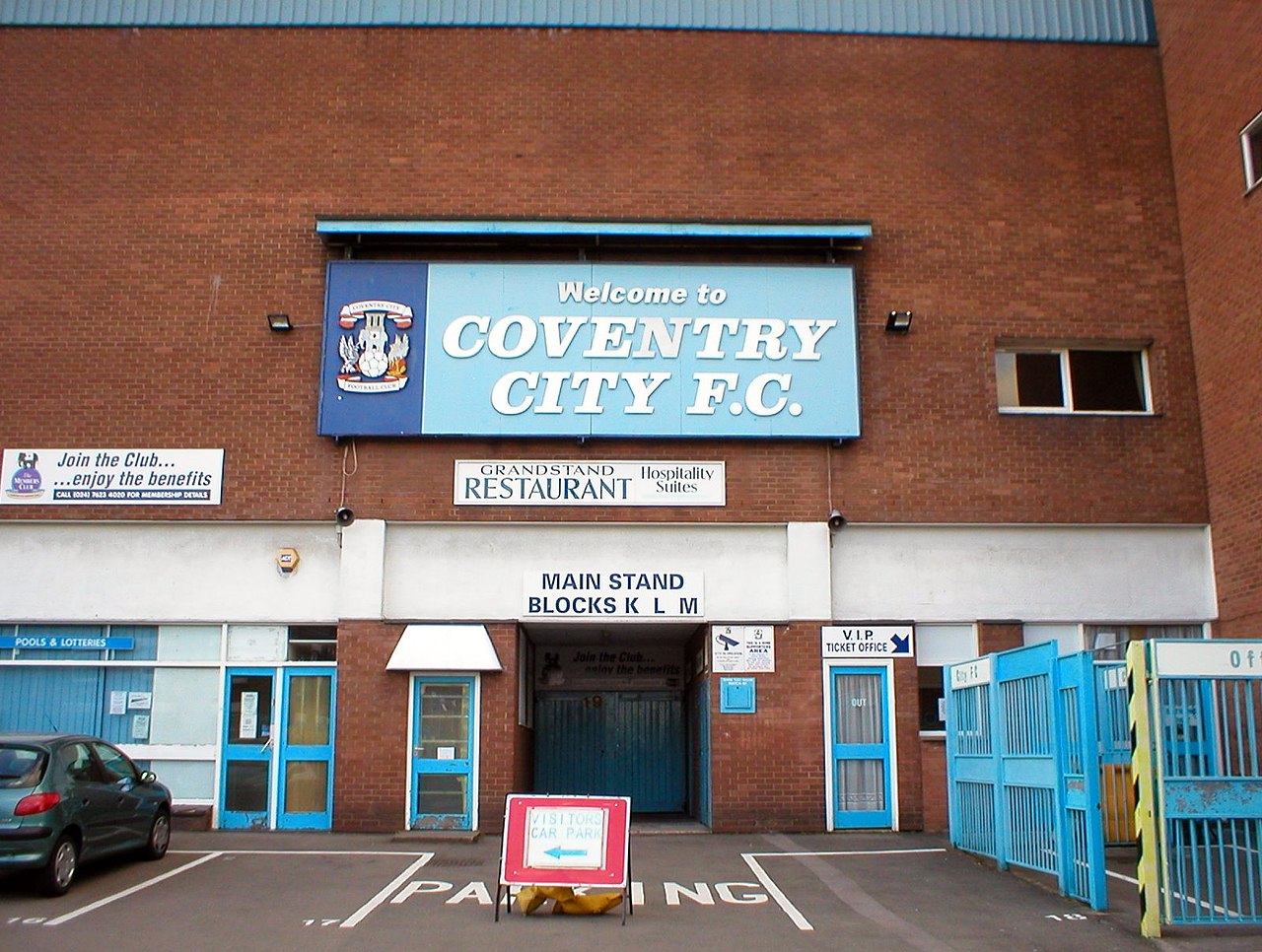 On Wednesday 12 October, Wasps Holding Limited released a statement announcing that they would be entering administration. The group that owns both the CBS Arena in Coventry and local Rugby Premiership side Wasps said in a statement that they “remain confident that new owners will be found that will allow the clubs and businesses with the group to move forward”.

This was followed by the Wasps withdrawing from their tie with the Exeter Chiefs, and many believe that the club could potentially face the same future as fellow Premiership side Worcester (who have been suspended from the league) if the situation does not see serious improvement.

There are reportedly numerous interested candidates in owning the club. However, most of these interested parties seem to desire ownership of CBS Arena’s other tenants as well, leading to a potential change in Coventry City ownership too.

The Sky Blues released a statement following the news and said that they remain “in contact” with the rugby side with speculation rising around buyers reportedly wanting all three of the major assets around the stadium.

The Times reported in August 2022 that current Coventry City owner Sisu would be open to offers for the club and that the current financial issues at Wasps allow a perfect investment opportunity for all assets. This has prompted interest from a plethora of sources, with reports that both former Newcastle owner Mike Ashley and American billionaire John McEvoy are reportedly interested in the football club and the stadium.

Mike Ashley reportedly wants to take over all three of the major sporting assets and would likely use Coventry City as a way back into footballing life. The billionaire, who made his money through Sports Direct, attempted to purchase League One club Derby County earlier this season but was unsuccessful. Previously an owner at Premier League outfit Newcastle, Ashley was hounded out by fans of the Magpies after a perceived lack of investment. But with signings like Joelinton joining the Premier League club for more than £39 million, it seems likely that the 58-year-old would bring a much higher level of investment than is currently at Coventry.

While an era under Mike Ashley may almost be predictable for fans of Coventry, with Sport Direct signs likely to be erected around the stadium and potentially a ‘French Revolution’ of players like at Newcastle, it seems likely that he would be more than capable of clearing up the club’s debts. His time at Newcastle was controversial to say the least with two relegations and often questionable managerial appointments, but his investment and experience may allow Coventry to build on their potential.

It seems likely that John Dawkins, Coventry fan, would lead the club

A lesser-known potential buyer is American billionaire John McEvoy. There has been a large flood of American investment into the game and McEvoy seems to follow this trend. However, unlike the recent acquisition of Chelsea by Todd Boehly, this bid is not headed up by this investor. If the bid goes ahead, it seems likely that John Dawkins, Coventry fan and managing director of record label Various Artists Management, would lead the club.

Whilst having less experience in the British footballing system, McEvoy has an array of experience in American sports with ownership stakes in MLB side Colorado Rockies and NHL team Nashville Predators. McEvoy was also spotted at Coventry’s 3-2 defeat against Millwall earlier in the season where he reportedly met with a senior figure at the club.

New ownership could prove a new era on this front

Alongside these two major investors, many others have also been interested in just acquiring the stadium or Wasps and the ground, with groups like NEC linked to the stadium.

The Sky Blues have had frequent stadium issues already this season with the pitch struggling to cope with Commonwealth Games events. This meant that Coventry had to reschedule home ties with Rotherham, Wigan, and Huddersfield. At the time they released a statement saying: “While the stadium and pitch is not under our ownership or control, it is difficult to directly influence the pitch condition”. This has meant that they have often struggled to find consistency, although they have recovered from their poor early season form to sit 12th on 26 points.

Due to further stadium issues, they have spent a couple of seasons ground-sharing with Birmingham City FC due to poor negotiations between both Wasps and Coventry. New ownership could prove a new era on this front as all assets would be controlled by one entity.