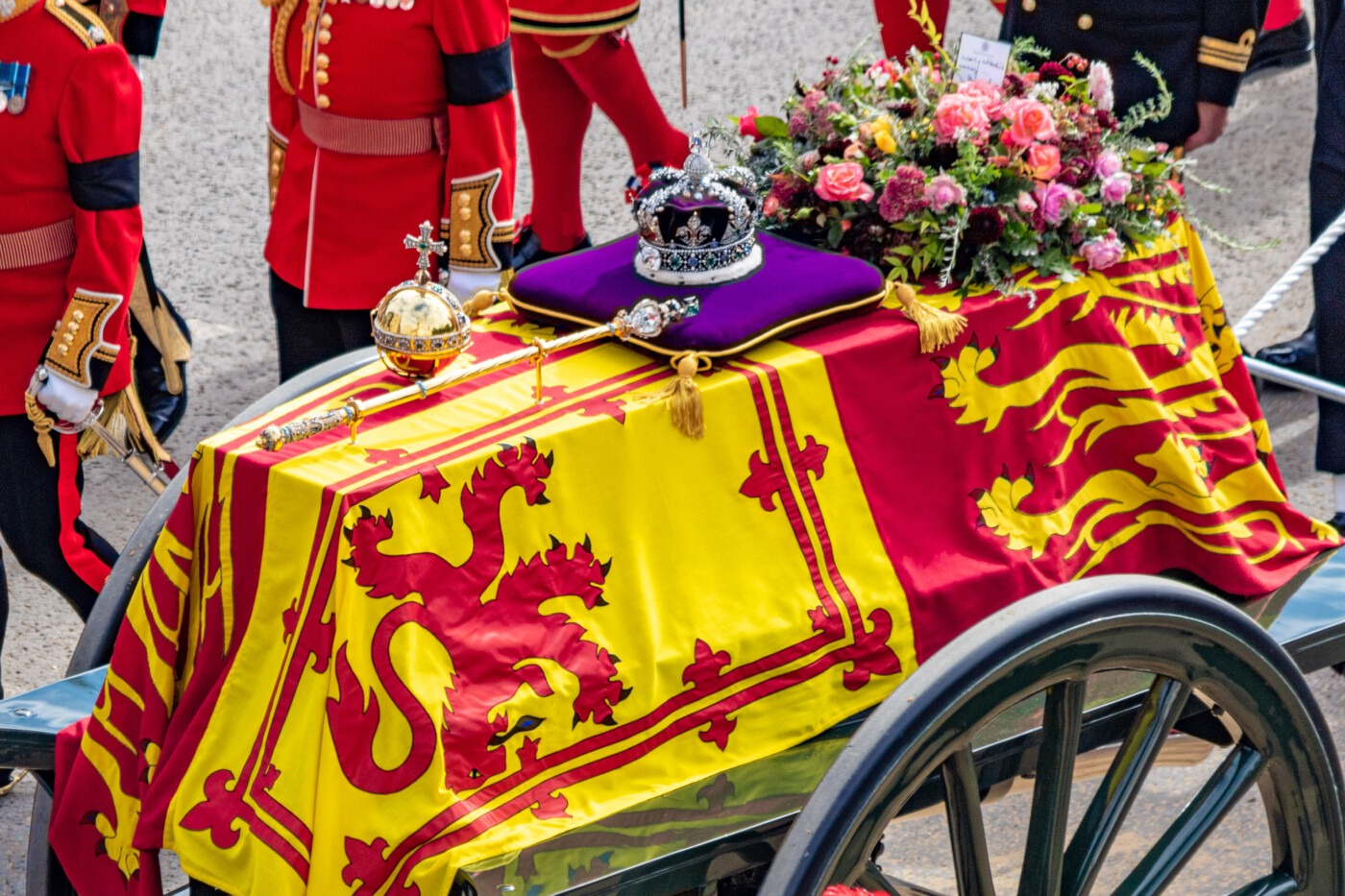 Why I can’t mourn the Queen

In W. H. Auden’s poem Funeral Blues, the narrator demands that the world pay an ever-escalating series of tributes to his dead friend. Beginning with the traditional— “Stop all the clocks”— and ending with the obscene— “pour away the ocean”— the poem conveys the betrayal that one feels watching life go on after the death of a loved one.

The point, of course, being that life does go on, and that the narrator’s demands that the world grieves with him are over the top and unreasonable. Following the death of Queen Elizabeth II and the subsequent national mourning period, however, they feel like barely an exaggeration.

The government’s decision not to “pack up the moon and dismantle the sun” was surely just a matter of available funding— as it was, they closed down Parliament, cancelled all BBC comedy programming, and decreed that only sad songs be played on the radio – the last of which being a particularly transparent attempt to force the public to mourn. “If they won’t cry for Her Majesty,” one can imagine the BBC Director General saying, “then at least they might tear up for Adele!”

The idea that the public had a right to mourn is not an invalid one. Certainly, there are those who were genuinely affected by the Queen’s death. For some, the public nature of her life made her seem less like a distant celebrity and more like a relative or close family friend. For others, the end of her record-breaking reign signalled the end of an era (for better or for worse) and the commencement of a new age. For still others, the death of such a constant figure in British politics for the past seven decades served as an uncomfortable reminder of their own mortality, and that of their loved ones. Though the Royal Family as an institution has become increasingly controversial over the past few decades – and the Queen herself a more heavily criticised figure within it – this does not mean that people didn’t have the right to mourn her death.

People might even, I suppose, have had the right to hospitalise themselves standing in queues to see her coffin. Although, I’d argue that going to such extreme lengths in grieving anyone you actually knew would be viewed as less an expression of true patriotism and more an urgent need for grief counselling.

The problem, however, is that they then felt the need to drag the rest of us into it.

If royalists wanted to lock themselves indoors, avoid all sporting events, listen to nothing but a ten-hour loop of My Heart Will Go On, and watch only either live footage of the coffin or sad videos of kittens, then nothing was stopping them. The decision to try and push their feelings onto everyone else was as unsuccessful as it was unnecessary.

If anything, it was counter-intuitive. My first reaction upon being told the Queen was dead was to remember the days following the death of Prince Philip and say, “This is going to be a real hassle, isn’t it?” Any feelings I might have had about the event itself were eclipsed by the (to me) more pressing issue of how it would affect my life, followed by concerns about how it would affect the country as a whole, which turned out to be unfortunately justified.

For nothing now can ever come to any good

Boris Johnson’s habit of treating each new crisis like a ‘Get Out of Scandal Free’ card has clearly been embraced by Liz Truss as a new Tory tradition. Her Majesty’s death was quickly weaponised as an excuse to suspend the public’s ability to sign government petitions, dodge questions on the police shooting of Chris Kaba, and delay the publication of a BGS report on the effects of fracking. (The decision to lift the ban on fracking was allowed to go ahead, as feeling the impact of fracking is apparently less disrespectful than knowing about them in advance.)

The reaction to the Queen’s death distracted from, and thus added to, the weight of the problems our country is facing. The cost of her funeral (and Charles’s upcoming coronation) is a drain on taxpayer’s money at a time when nearly one in four families may struggle to afford heating this winter. The UK is facing food shortages in the near future, and the government is once again preparing to tear itself apart. In this time of constant crisis, our national politics had to be put on hold because a ninety-six-year-old woman died of old age.

Funeral Blues ends with the heartbreaking sentiment that “nothing now can ever come to any good”. At times like this, I almost agree. I can’t make time to grieve for my Queen – I’m too busy grieving for my country.