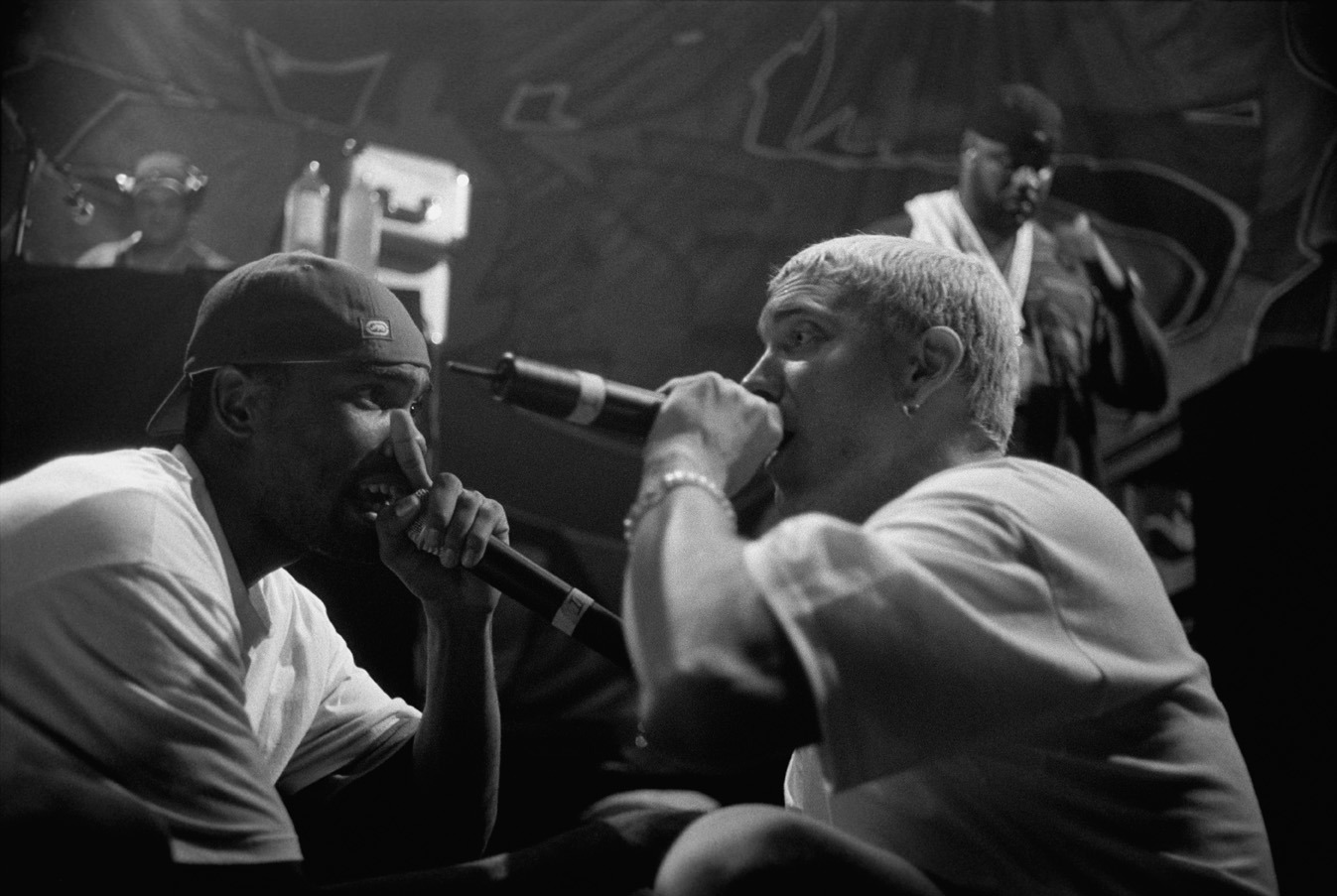 ‘You’re Not Getting Better with Time / It’s fine Eminem, Put Down the Pen’ – Is it time for the ‘Rap God’ to Retire?

A 2010 interview with Vibe magazine has recently resurfaced in which Eminem – then 37 years old – stated: “I do love [hip-hop] so much. But even if I was rapping at 50, I don’t know if I would put it out.” This, combined with this month’s release of his second ‘greatest hits’ album, Curtain Call 2, has kindled speculation that the rapper’s retirement is imminent. Given the rapper will reach half a century in October, it seems appropriate to assess whether it’s time for Eminem to put down the pen. To do so, this article will focus on key parts of Eminem’s identity as an artist over his 23-year-long mainstream career, including his popularity, hit-making, feuds, quality of rhymes and controversial lyrics. Then, assess whether the likelihood of the ‘Rap God’ putting out more music would harm his reputation to such an extent it would be better for him to retire.

The first element to consider is Eminem’s undeniable popularity. He remains the 8th most streamed artist on Spotify of all time with almost 30 billion streams to his name. All 11 albums he has put out since the Slim Shady LP (1999) have been at least RIAA-certified platinum, and three have been certified diamond. However, his latest records have seen a nosedive in popularity. In the UK, album sales of Revival (2017) and Kamikaze (2018) were just 12.41 and 12.36% respectively of the 2.5 million sold of the Marshall Mathers LP (2001). Despite this remarkable decline in demand, his influence remains significant, even if minuscule compared to the almost unavoidable fame he garnered in the early 2000s. He even commented on the matter in his 2018 track ‘Greatest’, with the line: “You set a mark too high when platinum sales are looked at as a failure”.

Closely intertwined with his popularity has been Eminem’s ability to produce an array of seminal hit songs. Between 2000-2002 alone he released ‘Stan’, ‘The Way I Am’, ‘The Real Slim Shady’, ‘Lose Yourself’, ‘’Till I Collapse’, and ‘Without Me’, with the last four combined accumulating over 5 billion streams on Spotify. This is a rate of hitmaking that is not only almost unparalleled but which also proved unsustainable, as while he has continued to produce greats such as ‘Love the Way You Lie’ and ‘The Monster’, these have been fewer and further between as his career has progressed – but has not dried up completely. His 2020 track ‘Godzilla’ (feat. Juice WRLD) has earned over 970 million streams since its release and serves as proof that even now he can still release incredibly popular songs. Arguably, on the basis that while Eminem can still produce greats then it seems needless for him to stop, even if these come sporadically and often accompanied by albums with largely forgettable track lists.

Beyond success in numbers, an inseparable part of Eminem’s identity comes from his countless feuds with figures of just about every kind. These range from an eighth-grade bully, journalists, middle-class parents, Christina Aguilera, Michael Jackson, every president his career has coincided with (except Obama and Biden), his ex-wife Kim, and even his mother. If not as part of direct diss tracks, his tongue-in-cheek lyrics are part of what made his early work so notorious, with lines such as: “And I got nothing to do but make you look stupid as parents/ You f***ing do-gooders, too bad you couldn’t do good at marriage!” from ‘Renegade’. These days, however, his attempts at such brazen lyrics often either come across as bitter, cringeworthy, toothless, unnecessary or all of the above. Recent political songs such as his 2017 anti-Trump track ‘Like Home’ (feat. Alicia Keys) have had nowhere near the impact of his earlier works such as ‘White America’. Eminem’s latest lyrics have felt more like they speak for an angry old man than for a disaffected generation – as parts of the Marshall Mathers LP or the Eminem Show did at times.

With that said, he does still show flashes that he ‘still has it’, especially in direct diss-track battles. His 2018 response to Machine Gun Kelly’s ‘Rap Devil’, in ‘Killshot’, received near-universal praise from critics. Beyond being so savage that it forced his opponent to change genres from rap to pop-punk, it also served as a reminder of the ‘8 Mile’ star’s status and skill in the genre.

One skill which hardly seems to have deteriorated is Eminem’s lyrical acrobatic abilities. There are countless examples of this, such as the incredible complexity and speed of wordplay and rhyme schemes showcased in tracks such as his 2013 freestyle ‘Rap God’. But, his recent albums have seen a greater reliance on these qualities and faster verses to serve as a cover for lack of good storytelling, political impact or emotionally moving verses which were indispensable to his early records in songs such as ‘Stan’ or ‘Mockingbird’. It can almost come across at times as though he is trying too hard lyrically to compensate for this absence of deeper meaning to his songs, evident in his recent frequent use of meaningless and often cringe-worthy similes – arguably the worst coming in ‘Remind Me’ with, “Your booty is heavy duty, like diarrhoea.”

Finally, there comes the issue of a further inseparable feature of Eminem’s career – his highly provocative and controversial lyrics. Misogyny, homophobia, as well as graphic depictions of drugging, and violence against women have been a constant feature in his music – and the cause of much outrage and condemnation against it. Many fans’ defence of Eminem’s more controversial lyrics, particularly in his earlier years, was that they were the words of his alter-ego ‘Slim Shady’. For this character, part of the purpose of his songs was deliberately to be outrageous and offensive, or as is said in ‘My Name Is’, “God sent me to p*ss the world off!” However, this is quite understandably of little comfort to many, given lines such as, “My words are like a dagger with a jagged edge/ That’ll stab you in the head whether you’re a f*g or les,’” in the 2001 track ‘Criminal’. His lyrics have always been highly polarising, but both his increasing age and a rise in political correctness in modern culture over the last 23 years have hardly made recent lyrics such as, “She’s like ‘That’s harassment’/ I’m like ‘Yeah, and?’ (Woo)” in the 2020 track ‘Those Kinda Nights’ (feat. Ed Sheeran) easier to stomach. Any potential shock value in his controversial lines seems to have dried up, and now they seem at best incredibly cringeworthy, and at worst deeply offensive and a glorification of discriminatory or predatory behaviour.

So, does all of this mean he should retire? The question weighs on what the risk/reward ratio is of continuing to release music to his reputation. To a pessimist, any further release of music by Eminem will only continue to be more cringeworthy, needlessly offensive, and bitter, and make him appear even further detached from his formerly idolised status. However, to an optimist, it is difficult to see what more damage of this nature could be done to his reputation given his discography is already hardly immaculate – given the release of disappointing albums like Revival. Furthermore, though one can largely anticipate any further music won’t have anywhere near the levels of storytelling, political impact or emotional relatability of his early work – this does not make his current music without merit. Moreover, while he still has the capacity to produce hits with phenomenal wordplay like ‘Godzilla’, or ferocious diss tracks such as ‘Killshot’, there remains an argument simply to suffer the release of a majority of largely forgettable tracks, to enable the potential release of further great records, especially while there are still millions of fans who would eagerly listen to them. I largely take the same view as a more recent Eminem interview, that he should still make music, whether he releases it or not, in his words: “as long as I have the passion to do it.”