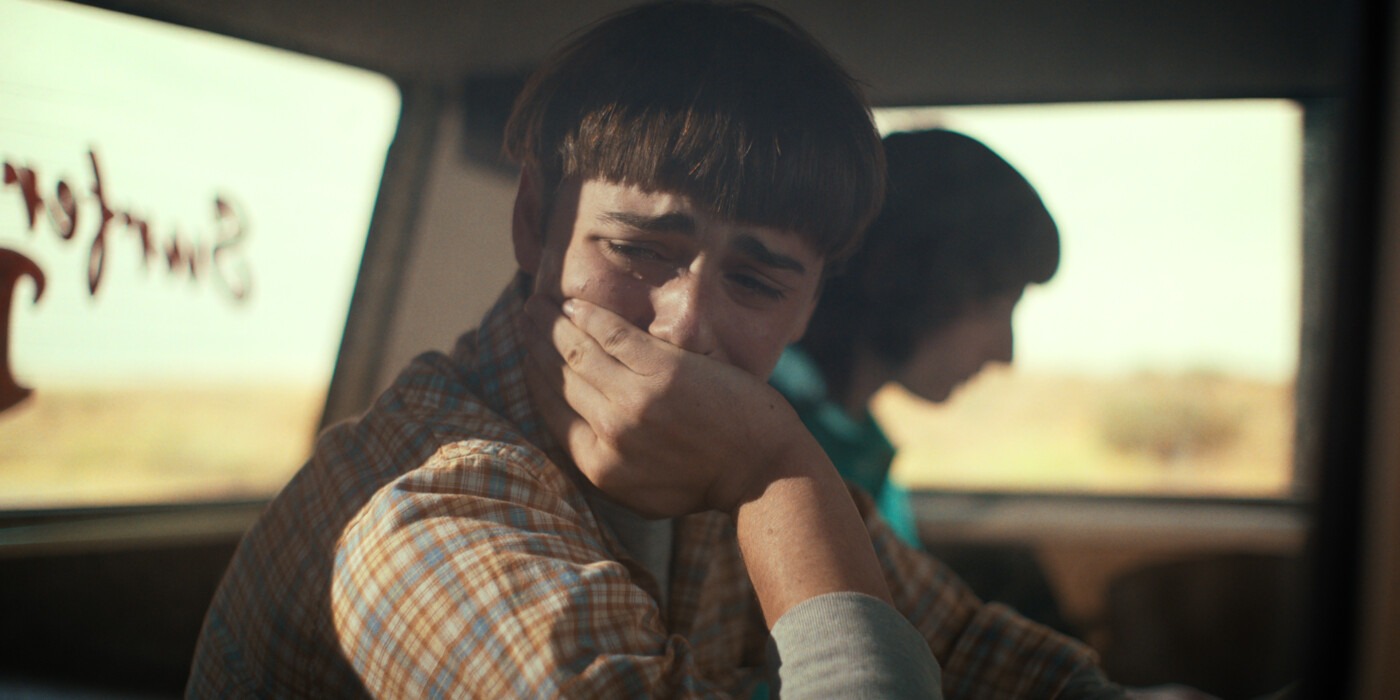 For years now, Stranger Things fans have speculated that Will Byers is being written in a way that is queer-coded, especially during scenes with his best friend, Mike Wheeler. There have been several hints throughout the series so far that Will is not entirely straight, namely Mike’s infamous “it’s not my fault you don’t like girls” outburst during their argument in season three. I admit I was pessimistic about where these breadcrumbs were leading and thought that it was largely unintentional on the Duffer brothers’ part; we had already been given our token queer character of Robin in season three (and god forbid a popular franchise gives us more than one LGBT+ character).

With Will opening up more about his feelings towards Mike in the latter volume of season four, it seems that, amazingly, the internet was right.  Despite this, the finale left a sour taste in the audience’s mouths. After seeing Will’s place on the spectrum is never really addressed, instead continuing merely to hint at it, many on Twitter claim that, once again, we have fallen victim to queer baiting. For those unaware, the term “queer baiting” is used to describe a show that very obviously plays around with the idea of its characters being somewhere on the LGBT+ spectrum in order to appeal more to members of the community, only to never fully address where their characters are on the spectrum and in some cases, even have the creators flat out deny that this was ever their intention for the show.

Many Stranger Things fans are concerned that their favourite show has now fallen into the same manipulative category; especially seeing as before the release of volume two, several interviews dropped where the cast members playfully hinted at the fact that Will is interested in Mike in a way that is more than platonic.

any outstanding plot threads will be resolved

This, plus the fact that once again, the credits roll without ever giving the queer-coded character a label, has rubbed many members of the LGBT+ community the wrong way.

Whilst I can understand the disappointment and the concerns fellow queer fans of the show may have, this is not how I personally felt upon watching the conclusion of Will’s story in the latest season, and for several reasons. Firstly, this is the penultimate season of the series. The Duffers have said repeatedly that season five is set to be the last and that any outstanding plot threads will be resolved. The fact that Will didn’t fully come out by the end of this season does not mean the show was trying to hook in their queer viewers without any payoff.

The showrunners have already shown that they can write a great coming-out scene with the aforementioned introduction of Robin Buckley in season three. Robin’s coming out to Steve is a scene that I, and many other queer women, keep returning to because of how seen we felt by the dialogue, and the joy of seeing Steve immediately renounce his romantic feelings for Robin and instead happily accept the role of her best friend, never once viewing her negatively because of her sexual orientation. Many viewers have pointed to this scene to complain about the fact that if the writers are clearly so capable of such storylines, why are we being denied more than one representation of one?

It’s important to remember, though, that Will and Robin are vastly different characters. The whole reason Steve began to find Robin attractive in the first place is because of her strong sense of self, which, being raised by an abusive father, Will has likely never had.

Will is, at most, fifteen years old this season, and has spent the majority of his early teens occupied with supernatural kidnapping and possession – not your average journey into adulthood. He hasn’t had much time to think about his sexual and romantic preferences. His social circle has always been relatively small, and the majority of his character motivations seem to revolve around either trying to return to or maintain said social circle. It’s entirely likely that at his age, he doesn’t even realise what his feelings for Mike are.

I cannot claim to speak for the LGBT+ community – just because I related to the way Will’s story was handled in the final two episodes does not mean that the experience was shared by everyone looking to his character for representation. I trust the writers, which may perhaps be naïve. Yet I can’t help but have hope for Will and what his story could eventually mean for thousands of young people who are still unsure of themselves, who still have questions that need to be answered and whose lives, for now, still feel a little bit upside down.