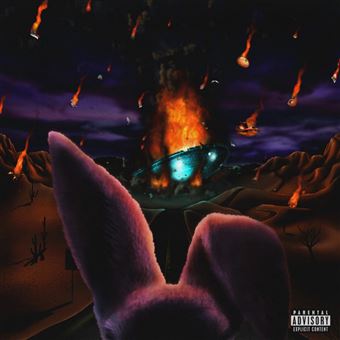 Over the past decade, Freddie Gibbs has built himself up as one of this generation’s most consistent rappers. His records with hip-hop legends Madlib and Alchemist fused Gibbs’ fantastic flows with endlessly creative production to create modern classics of hardcore rap. $oul $old $eparately is his fifth solo album, and his first released under a major label since he signed to Warner Records in late 2020. It fails to capitalise on his previous efforts, delivering a wildly inconsistent set of pop and gangsta rap tracks.

Likely benefiting from the support of a major label, the featured artists on this album are ridiculously good on paper. Along with regular collaborators Madlib and Alchemist, Gibbs enlists both legends (Scarface, Raekwon, Pusha T) and celebrated modern artists (Anderson .Paak, Kaytranada). Unfortunately, these collaborations are not all hits. This is either due to artists sounding like they’re not giving 100%, or just not being talented enough to keep up with Gibbs.

His flow is also noticeably awkward

A prime example of lacklustre features would be on ‘Lobster Omelette’ with Rick Ross. Now a three-time collaborator with Gibbs, Ross should be a sure bet on any song he’s featured on. However, on this track he sounds bored, reciting the same lines about being “addicted to diamonds” and “counting bodies like bottles at parties”. Although it’s hardly original for him, the content and wordplay of the verse are strong. The real problem is the delivery. Not only does Ross rap like he’s going through the motions, but his flow is also noticeably awkward, as he sounds like he’s getting more and more ahead of the beat as the verse progresses.

Alternatively, Gibbs shines more on the solo tracks in the album, notably the excellent ‘Space Rabbit’. On its own, the eerie instrumental is one of the album’s highlights, trading the booming bling trap beats of ‘Too Much’ and ‘Pain & Strife’ for a much more atmospheric vibe. And it’s perfect for him, as it’s subtle enough to compliment his flow and lyrics without getting in the way too much. The Jeff Ross cameo at the end of the track is extremely goofy yet simultaneously adds to the concept and narrative of the album in an entertaining way.

The album’s concept (which was expanded on in hilarious skits and promos for the album) is that Gibbs is stuck in a hotel room in the fictional ‘$$$ Hotel Resort & Casino’. While he tries to finish his album, his friends are constantly calling him to get high and party. While fun, and added onto various skits (some funnier than others), the concept’s importance to the album is questionable and seems shallow.

In theory, though, its integration is coherent in Gibbs’ discography. Moving from his drug-laced bars on independent records like Piñata and Bandana into a more commercial gangsta/pop rap direction makes sense for his major label debut. There is also a considerable mafioso and gangsta rap presence throughout the album, as demonstrated by the references to “Training Day Denzel” and Cosa Nostra on the vicious second track, ‘Blackest in the Room’. He retains his soul and usual themes, but this album feels more like a victory lap than any others in his discography. However, this victory lap is undoubtedly deserved given his now-legendary status in the rap game.

As for the lyrics, throughout his career, Gibbs’ often-hard-hitting flows have often distracted from his even harder-hitting bars, and this album is no exception. This is especially true near the end of the album. On ‘Grandma’s Stove’ Gibbs pours his heart out in a way rarely heard in his music. The hook is one of his bleakest, with Gibbs rapping “I smoke a blunt to take the pain out / And if I wasn’t high, I’d probably try to blow my brains out”. It catches you off guard, especially on an album like this, where it seems the excesses of the $$$ hide deeper traumas and murky waters underneath.

On the whole, although this latest LP is disappointing by his standards, it’s far from a disaster. Even with the mixed bag of beats and features, Gibbs’ rapping is still a constant. This makes $oul $old $eparately seem more like a first stab at the major label rap project, letting Gibbs experiment with this new format while taking full control of the creative process. And who wouldn’t grant him that?