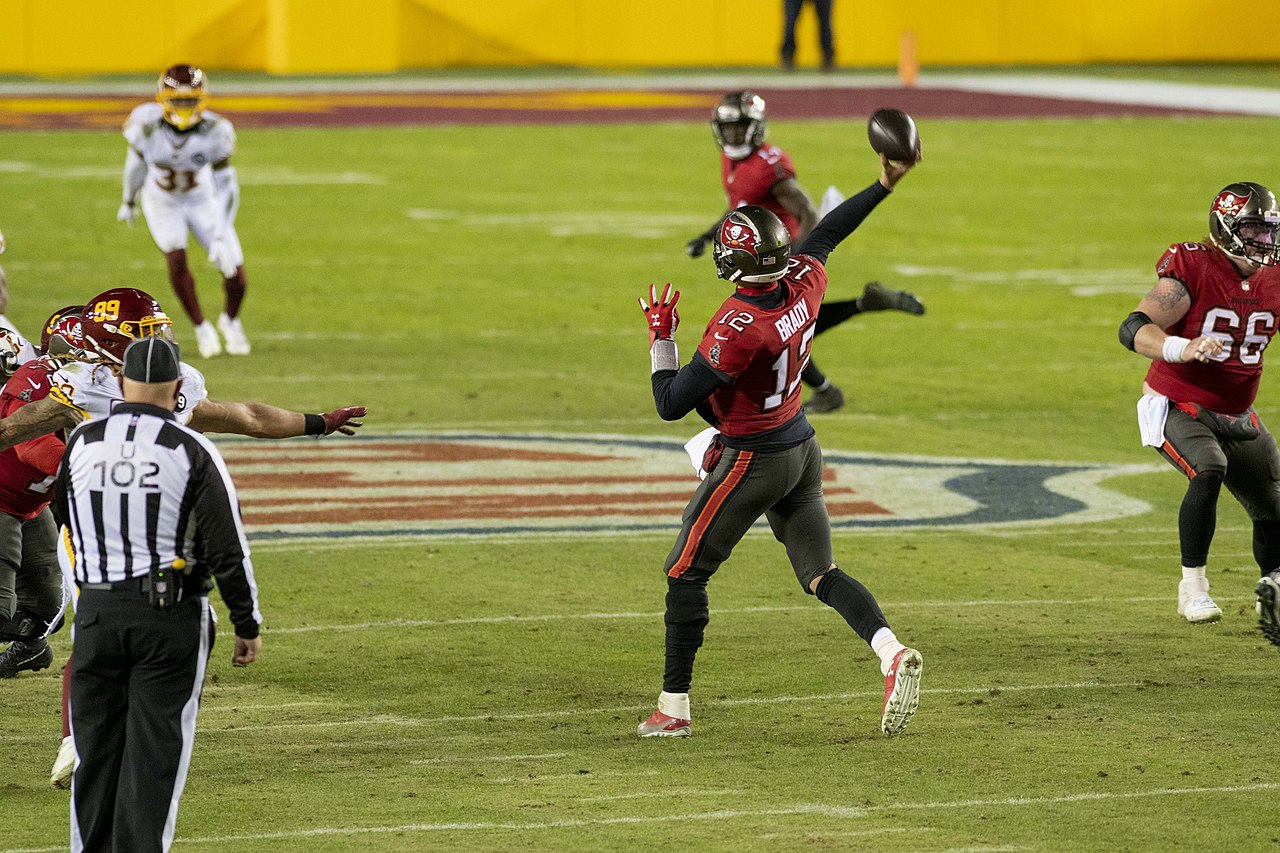 As the NFL entered its third week, all eyes turned to the Raymond James Stadium, as two eternal foes met for a potential final encounter. Tom Brady and Aaron Rodgers have defined the NFL for much of this century and have accumulated some of the most impressive trophy hauls the sport has ever seen. With this showdown potentially being their final matchup between these two greats, anticipation was high. While this was occurring, many of the men tipped to fill their shoes suffered defeat, with title favourites Buffalo Bills and unstoppable Kansas City Chiefs both disappointing.

“I’ve been really fortunate to play in a great era of quarterbacks”: Bucs 12-14 Packers

With eight Superbowl championship rings and seven MVPs between them, Tom Brady and Aaron Rodgers have arguably been two of the three most defining quarterbacks of the 21st century.

Two California natives who have a ‘connection’, according to Brady, have been up there with the most talented players the league has ever seen, and many believe they could be leaving the sport soon. While Brady may have retired between last season and this, he has put on some impressive performances so far. Meanwhile, Rodgers shows no signs of slowing down at 38.

While many could have expected this game to be an attacking masterclass with these two extremely talented quarterbacks, both offenses seemed to struggle. A heated game two against the Saints meant that the Bucs offense was even more depleted than could have been predicted with Mike Evans, Chris Godwin and Julio Jones all missing for this encounter.

Relying on players such as Brandon Walton as left tackle would not have filled Brady with confidence, but the 45-year-old still managed to achieve 271 yards with more than 30 of his 42 passes being completed. This still didn’t lead to victory as without his first-choice receivers, Brady had to rely more on longer throws which would provide a greater challenge for the quarterback due to a ring finger injury.

Managing to bring the game back to 12-14 in the dying moments, Brady threw to Gage and his lack of go-to-targets in this game became apparent, as the conversion was unsuccessful and the Packers emerged victorious.

Rodgers won’t have gained much confidence from his offense in this low scoring encounter either. Although the other quarterback managed to sail to a 14-3 lead with 12 out of 13 passes connecting, the second half saw the Packers offense grind to a complete halt. Relying on rookie Romeo Doubs for much of the positive offense movement, the Packers still feel like they are also missing a top go-to target.

Doubs caught eight passes and a first career touchdown and could prove to be a solution in Green Bay. What was tipped to be a gigantic encounter missed some of the superstars these two have been able to deploy in the past, meaning that these masters of the offense may have finished with a game that lacked much offense at all.

“We can enjoy it for a half-hour”: Dolphins appear to be contenders as they bully Buffalo. Dolphins 21-19 Bills

After an astounding performance in game two, many believed that the buzz around the Miami Dolphins would be killed as they faced off against an in-form Bills side widely tipped to win the title.

Another game with great offensive talent that seemed to be decided by defences, both Miami and Buffalo will be disappointed that they didn’t accrue more points. The connection between Tua Tagovailoa and Jaylen Waddle that had exploded against the Ravens wasn’t as prolific here, with neither Waddle or Tyreek Hill getting a touchdown.

Both receivers combined for 135 yards as the Bills defence proved to be a formidable foe. Instead, Tua had to rely on Chase Edmonds for the majority of the Dolphins’ end-zone success as the running back ended the game with two TDs in 21 yards.

The performance of Edwards and River Cracraft spearheaded another big comeback for Miami as the Bills suffered a shocking defeat. This was even more shocking after a cacophony of errors rocked the Bills squad throughout the game. The usual efficiency of the Bills seemed lacking as Allen missed some crucial throws, fumbled under pressure, and even mishandled a snap at the end of the second quarter.

In a week where the Bills had the ability to demonstrate their championship credentials, we saw a lack of efficiency all over the field, with kicker Tyler Bass missing from 38 yards, alongside disappointment for Matt Milano, Gabe Davis and Isaiah Mckenzie.

This meant that while Allen threw for 400 yards, Buffalo ended the game with just 19 points. Winning without their offence firing, the Dolphins will be very impressed with this victory, but with a tight turnaround and historic inconsistencies, they will have to keep these performance levels up if they want to meet the rapidly generating hype.

Another mistake filled game occurred when the Colts faced the Chiefs. The Colts managed to get their first win of the campaign in unexpected fashion as they overcame one of the best teams in the league.

A mistake from Skyy Moore meant that the Colts took the early lead, and although Matthew Ryan’s errors at quarterback made the encounter shift in the direction of the favourites, a strange decision to utilise a fake field goal and a miss from Matt Ammendola meant that the game could have gone either way.

Another mistake from Kansas would gift the result to Indianapolis as Patrick Mahomes threw his first interception of the season, therefore deciding the game. If the Chiefs aim for Superbowl victory is to be realised, mistakes like this will have to be removed from their performances soon.

Trevor Lawrence enjoyed his first back-to-back victories as he continued to show the generational potential that many see in him, completing three TDs for 262 yards. The most impressive part of this performance though has to be the strength of the Jaguars defence to limit Justin Herbert.

Rookie Devin Lloyd put in a hugely impressive performance as one of the league’s best quarterbacks was limited to just 10 points. The Jaguars who hadn’t won on the road since 2019 appear to be rebuilding successfully, while the Chargers will be hoping that their injured players can return as soon as possible.

Outside of Trevor Lawrence, there were hugely impressive quarterback performances from Jalen Hurtz, who appears to be leading one of the strongest Philadelphia teams since their Superbowl victory, and Lamar Jackson, who inevitably impressed against the Patriots.

Cooper Rush impressed with 215 yards as he stepped in for the injured Dak Prescott and carried the Cowboys to victory over the Giants. The Vikings had a late comeback against the Detroit Lions, while the Bengals, Titans, Panthers and the Falcons all recorded their first victory in a season which is proving to be full of surprises.