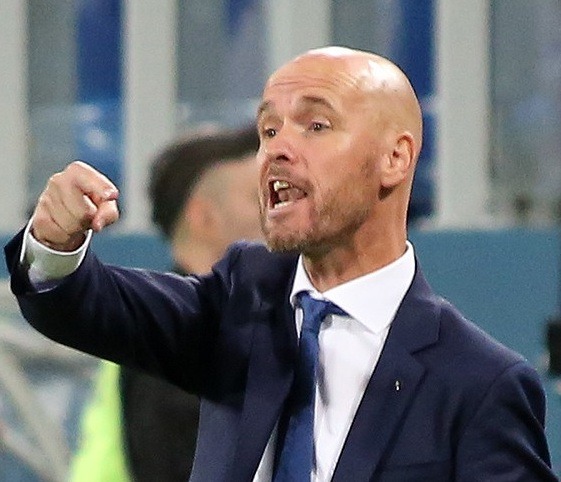 It is impossible to start the derby debrief without mentioning Erling Haaland, the £51 million Manchester City signing in the summer. The Norwegian has already scored 14 league goals, double that of second-placed Harry Kane. That has included three hat-tricks in his last three home league games. He also now boasts a goals to game ratio that would see him easily surpass 50 league goals, presuming he remains injury free. These are simply unprecedented numbers.

Moving away from the numbers, what did we learn from the latest Haaland hat-trick? The answer: this man is the whole package. He is fast and powerful, showcased when he got away from Eriksen at a corner to smash home the second City goal. He is a clinical finisher, showcased by his second and third goals. He can also set up his teammates, grabbing two assists for the other hat-trick hero, Phil Foden.

Manchester City were already one of the best sides in Europe last season, but Haaland adds a cutting edge to an attack which creates chances for fun. City look to be strong favourites for the title and, if Haaland can continue his European form, you would not bet against him propelling them to a European title.

Looking at the game itself, was this result the consequence of the brilliant Manchester City and the imperious Erling Haaland or a very poor Manchester United side lacking a tactical plan? The answer, although boring, is both.

Manchester City were outstanding all over the pitch. Grealish and Foden hugged the touchlines, isolating Dalot and Malacia, who were both booked early on. This then opened up more space in midfield, which De Bruyne and Silva ran through, both creating chances at ease. After 30 minutes, United were only a goal down and still in the game, but in the ten minutes before half-time, clinical City took the tie away.

Some moments which City produced were simply outstanding. The cross from De Bruyne to find Haaland for his second was inch perfect, a perfect example of the quality of those two players. However, Manchester United repeatedly made the cardinal sin of giving De Bruyne space around the box.

This was not an isolated incident either, United looked lost out on the pitch. Antony and Sancho offered minimal defensive support to the full backs, who were subsequently left exposed all game. The midfield balance was as problematic. Fernandes vanished, Mctominay looked lost and Eriksen had his worst performance in a United shirt.

Where was the United side which had such joy at the Etihad under Solskjaer? The game plans were wholly different. Solskjaer understood that staying compact and allowing minimal space between the lines was the key to stopping City. You would have done well to draw United’s midfield and defensive lines on Sunday.

It was not just the space which United left City which cost them the game. They lacked any composure on the ball as well, throughout the first half especially. All over the pitch, United looked scared to be in possession. When a team is finally able to get the ball off City, it is crucial they are brave on the ball and take risks. United simply just looked scared.

The second-half performance from United may have looked to be an improvement on paper, but this was a City side and a crowd just toying with their rivals. 6-3 is not a total disaster, but the performances showcased the gulf in quality between the sides.

Where do they both go from here? Manchester City look formidable. Although currently second in the league it is hard to see them slipping up regularly. The constant goal threat posed by Erling Haaland and immense quality surrounding him, will mean games when City find themselves trailing can be overturned in an instant. They are strong title favourites.

For Manchester United, they need to keep their morale up. Although they were comprehensively defeated, City are one of the best teams in Europe. United just need to be the fourth-best team in England this season. It was a reminder of how far behind City they remain and may also serve as a lesson to Ten Hag on how to set his side up away against the big six sides.

These are two rivals at very different stages in their development as a side. Manchester United now aspire to be in the position of Manchester City, but the derby served to remind us that this is not something we will see this season.