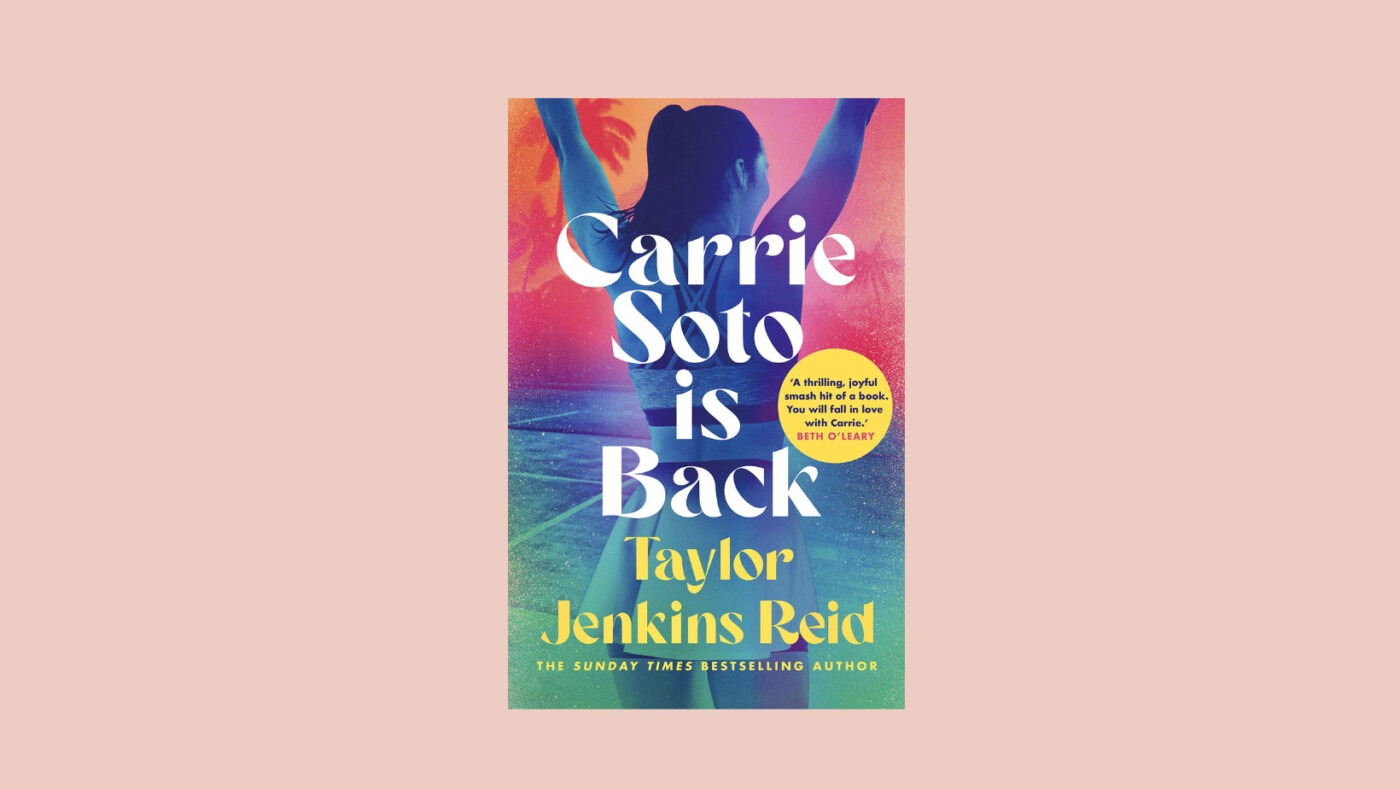 Carrie Soto is Back Review is far from a grand slam

No one who knows me would call me a fan of spectator sports. So, when the premise of Taylor Jenkins Reid’s latest novel, Carrie Soto is Back, was announced, a retired tennis superstar returns to the sport to maintain her world record, I was a little doubtful. I wasn’t sure how Jenkins Reid would get me invested in the sports-heavy plot or indeed in the character of Carrie, who was…quite a hard pill to swallow in Malibu Rising, to say the least. Still, I’d read Jenkins Reid’s three most recent novels in the space of 24 hours each, so I was keen to give it a go.

First things first: I needn’t have worried about the role that tennis plays in the plot. The rules are explained enough that even a total beginner like me can keep track of what’s going on. Jenkins Reid treats her tennis matches like other writers treat action scenes. Instead of getting bogged down in the specifics of the game, she takes advantage of her first-person narration to explore Carrie’s relationship with tennis and to highlight just how much of a professional Carrie is. As the book continues, Jenkins Reid smartly chooses which matches to focus on. As a writer myself, I have to admire her instinct for when to linger on the details of a match and when to skip ahead. The balance was executed perfectly, keeping me invested and on my toes.

But of course, tennis can only hold a reader’s attention for so long, even when the stakes are as high as they are for Carrie. It is through the tender depiction of the father-daughter relationship between Carrie and her dad/coach, Javier, that Jenkins Reid gives heart to her story. Both Javier and Carrie are flawed, but their love and trust in each other are beautifully handled, and you root for their bond throughout. Javier in particular is a lovely secondary character, and even when I wanted to shake him for not seeing how his coaching was affecting Carrie, I empathised with him and hoped he’d do better. And Carrie’s love and care for her father soften her sharp edges and prove to us that she’s not just worth rooting for because of her talents and dedication, but because of her heart.

In its character work and plot, Carrie Soto is a near-perfect summer read. However, the pacing and structure feel a bit uneven – the speed at which we hurtle through the first thirty years of Carrie’s life doesn’t match the rest of the novel’s focus on her year of coming out of retirement. While a lot of important context and backstory is given in the former section, I’m not convinced that it couldn’t have felt a bit more seamless if given through flashbacks or by having alternating timelines throughout the novel. And in focusing so much on Carrie and Javier, the other characters get a bit side-lined. But none of this is the reason why I’m not as enthusiastic about Carrie Soto as I wish I was.

The narrative chalks it all up to sexism, rather than considering racial bias

The core issue with Carrie Soto is that, at the end of the day, it is a second-gen Latina immigrant’s story written by someone who has never known that experience. Javier migrates to California from Buenos Aires in the 1950s, and he and Carrie often speak in Spanish throughout the novel (though in the manuscript I had, the Spanish wasn’t recognisably Argentinian). And sadly, because Jenkins Reid hasn’t experienced being a woman of colour, an immigrant, or a second-language English speaker, the story barely touches on the way that these traits would have affected Carrie and Javier.

Even today, Latin Americans are heavily discriminated against in the United States. Our accents carry a stigma, carrying a Latin American passport means being viewed with suspicion at most airports, and in tennis itself, there are multiple instances of racism against women of colour. In the mid-and late-twentieth century, this discrimination was even more blatant, and yet the novel shies away from portraying it on the page. A particular example of a missed opportunity, for me, is that Carrie is panned by the media for being competitive and harsh, but the narrative chalks it all up to sexism, rather than considering how racial bias and the stereotype of Latinas being aggressive would have likely played a part in this.

Other women of colour in the plot aren’t treated much better. Gwen, Carrie’s agent, doesn’t show up much on the page, and when she does, she never feels as three-dimensional as Carrie and Javier. Though she is African American, this is only reflected on briefly, when Carrie considers that though she might struggle with discrimination, Gwen has it even worse. And if you zoom out and look at Carrie Soto as a whole, the premise is based on pitting its only two major tennis players of colour (Carrie and her rival, Nicki Chan) against each other.

So, while Carrie Soto was a fun reading experience, Jenkins Reid’s treatment of the novel’s characters of colour left a sour taste in my mouth. As I mentioned earlier, the plot is gripping and the characters endearing, so I’m sure it will prove as big a hit as Jenkins Reid’s past efforts. I just hope that fans examine the novel’s blind spots when delivering their verdicts.