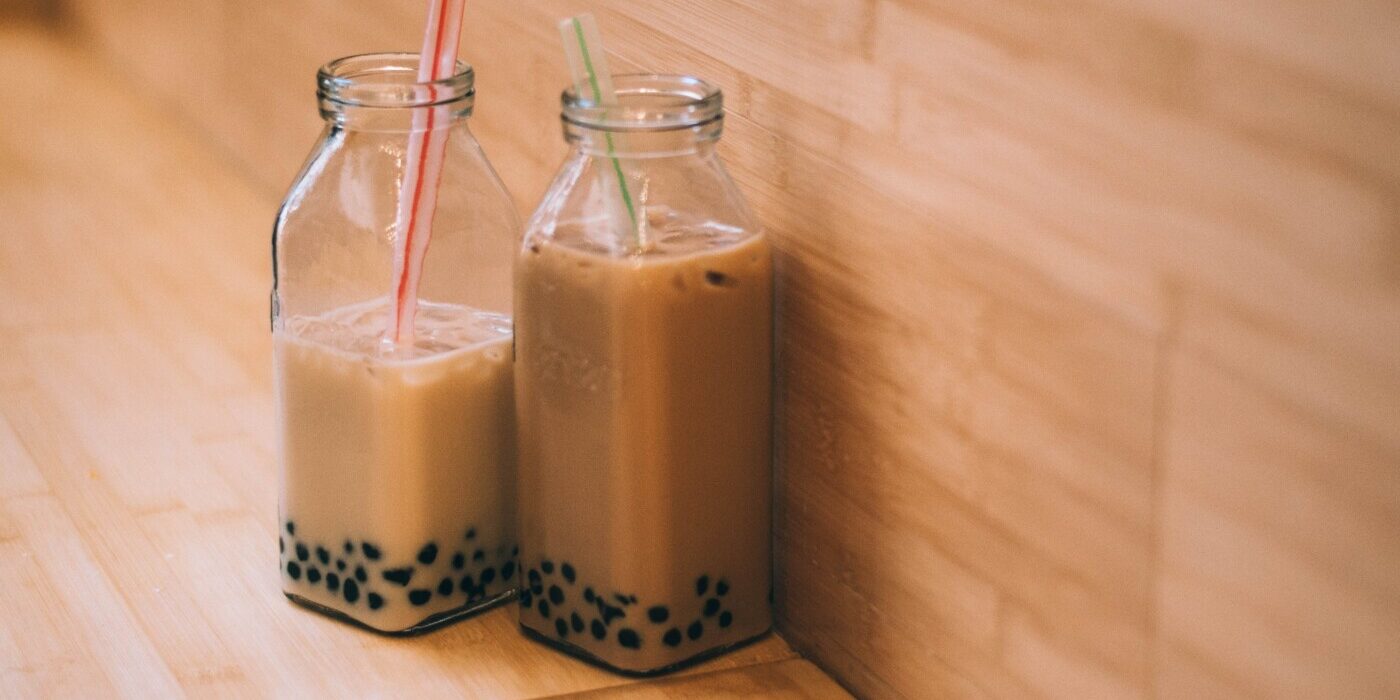 Around the world in 80 dishes: bubble tea

Over the last decade, bubble tea has become one of the most popular drinks amongst young people, with 94% of people in their twenties having bought it during the last three months. The odds are high that even if you haven’t tried the sweet treat yourself, you’ve at least considered it on someone’s recommendation. Close to campus, Coventry has a wide variety of bubble tea stores to choose from, including some of the most successful global chains, and new places always popping up. But what exactly is bubble tea and why is it so popular?

There is no easy way to describe bubble tea, due to the sheer number of variations that are available, but it is typically a sweetened, tea-based drink with toppings (usually chewy tapioca balls or ‘pearls’). The quintessential type of bubble tea is black pearl milk tea, served in a plastic cup with a large colourful straw so you can suck up the pearls with ease. It’s ridiculously cute, as well as delicious, and there are so many different kinds – so you can always try something new. Bubble tea is also more customisable than most street foods, as stores often allow you to choose your ice and sugar levels, as well as the temperature, your preferred type of tea, milk, and topping.

Although we know that bubble tea was created in 1980s Taiwan, there are two competing origin stories. One is that a product development manager invented it during a staff meeting at Chun Shui Tang tea room, which had already been inspired by iced coffee to serve tea cold, and another is that the owner of The Hanlin Tea Room was inspired by the white tapioca balls being sold at the market. Regardless of the origins, the drink has become a cultural icon of Taiwan, and is recognised as an important symbol of Taiwanese identity, both domestically and internationally.

In the 1990s, bubble tea spread rapidly across East and Southeast Asia, becoming most popular with young people. As well as becoming one of the trendiest beverages, (it’s estimated that bubble tea is consumed five times more than coffee in China), the drink has also had a social impact in countries around the world. In China, buying someone a cup of bubble tea has become a new way of thanking someone informally, and in Japan, the word for drinking bubble tea (‘tapiru’) has become one of the most-used slang words among young girls. Outside of Asia, bubble tea has become an important part of cultural identity for Asian-Americans, a phenomenon sometimes referred to as “boba-life”. Similarly, bubble tea ‘socials’ are run by cultural societies at UK universities, consisting of tea-making workshops, visiting local stores, and sharing a taste of home.

The global success of bubble tea can be credited to immigrants, who brought the drink to the West in the 1990s, and the ‘boba generation’ who created a market for consumption and renewed the tea’s popularity in the 2010s. Outside of Asia, the rise of bubble tea over the last decade or so mirrors immigration patterns and populations, although, the drink is enjoyed by all kinds of people. This can be seen clearly in Coventry, which is spotted with bubble tea stores and other Asian businesses amongst the generic British high street shops, as net international migration into Coventry was the main driver of population growth in 2019.

New wave bubble tea shops (with modern, social media-friendly designs) are often located near universities because they have large populations of international students, which has led to the drink becoming incredibly popular with the general student population. Speaking of social media, bubble tea’s bright colours and cute designs have made the beverage endlessly shareable online, boosting its popularity among young people. Who hasn’t spotted a friend’s selfie with a bubble tea on their Instagram story and turned green (tea) with envy?

While plenty of trends come and go, it seems unlikely that the bubble is going to burst for tea stores, especially in student areas with high levels of immigration (such as Coventry). As well as being delicious, bubble tea has succeeded in retaining its trendiness— even during the pandemic— and is still one of the most highly regarded sweet treats for young people.