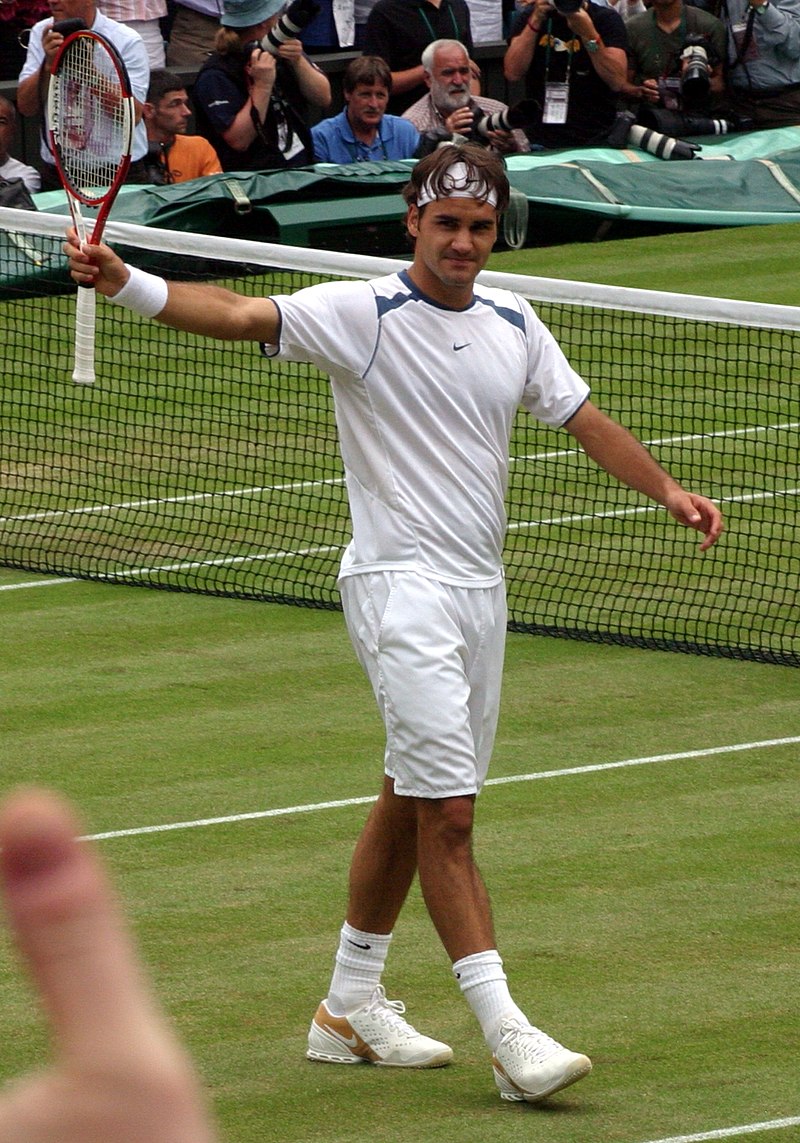 Another star gone: Roger Federer bows out after glorious career

Game, set and match, Roger Federer. The Swiss champion, 41, announced last Tuesday that he would play at the Laver Cup, in London; the last tennis match of his career. The man with twenty Grand Slam titles had not reappeared on a court in an official competition since a quarter-final loss at Wimbledon against Hubert Hurkacz, in 2021. Fellow tennis players, athletes and celebrities from all walks of life have since taken to social media to praise Federer on his stellar career.

With it however, tennis loses a second star in just a few days. After Serena Williams’s retirement at the US Open, Roger Federer said his final goodbye to professional tennis with a fitting doubles match alongside career-long rival Rafael Nadal.

“Over the past three years, I have had to face new challenges in the form of injuries and operations,” Roger Federer said in a video statement. “I have worked very hard to get back to my best level, but I know the limits of my body. I am 41 years old, I have played more than 1500 games over 24 years of career.”

The man with 20 Grand Slam wins, and a record 237 consecutive weeks as n°1, then uttered the formula that those who imagined him to be immortal never thought they would hear. “I must admit that it is time to end my professional career.” A third ineffective surgery on his recalcitrant right knee being the final blow to end his legendary stint at the pinnacle of tennis.

There had always been a hopeful sense that all of these surgeries were somehow leading to a return, that he was down but not out, ready to once again deliver a killer blow. He had, after all, come back from a serious left meniscus tear in 2016 to win both the Australian Open and Wimbledon in 2017. Like a bottle of red wine, Federer was only getting more exquisite with age, a reversal of the human relationship to physical form. To tennis fans across the world, it was only a matter of when and not if he would be lifting trophies again however miraculous it would have been. Federer seemed timeless.

The legend himself still believed in such expectations for a time. He said, after his third right-knee surgery, that his physical condition was developing in a positive manner with rehabilitation going as plannned. A farewell tour on the world’s most famous courts was still in order. However, he would later confess to BBC Breakfast: “I knew I was on very thin ice for the last year, ever since I played Wimbledon. I tried to come back, but there was a limit to what I could do. And I stopped believing in it, to be honest.”

As fate would have it, his 2019 Wimbledon match against Novak Djokovic was Federer’s last appearance in a Grand Slam final, a 5-hour 5-set thriller. To the disappointment of his fans and many on Centre Court, ths Swiss failed to convert either one of his two match points, with the Serb stealing victory from the jaws of defeat. The loss was devastating. Federer would later admit that it was the most painful defeat of his career. Though unknown at the time, it signalled the start of his decline.

While Federer’s two greatest rivals in Novak Djokovic and Rafael Nadal now hold more Grand Slam titles, with 21 and 22 respectively, Rog, as the tour affectionately calls him, has nothing to envy. With 24 consecutive wins in ATP finals and 23 consecutive Grand Slam semi-final appearances, some analysts will argue that he has had the best prime out of any player in the history of the sport. Yet his most impressive and untouchable record still remains that of never retiring during any of his 1,750 professional matches, a statistic so out of this world that one cannot help but go over it again to be certain to have read it right.

A deity with racquet in hand yet humble human once match point is over, Federer had this mirthful demigod quality to him

The tennis world gasped when it learnt it would have to continue on without the person it had become synonymous with, the person who surprised everyone when beating the likes of Pete Sampras and Andre Agassi. Federer exceeded expectations for what seemed possible with unfaltering grace, the crowds awestruck by how effortlessly he glided around the court that one could compare to a prima ballerina at the Bolshoi.

Everyone wanted to play like him. From the effortless forehand to his backhand technique more worthy of being kept in a museum than on a tennis court, he was inimitable. His aggresive style of play with out-of-this-world reflexes, let him re-embody men’s tennis from the serve-and-volley era to the modern game. From the smoothest of drop shots to the untouchable down-the-line winners, he had it all. No one would do the fundamentals better than he did.

In his most memorable moments on court, the tweener passing shot against Djokovic in the 2009 US Open or the on-the-run overhead against Andy Roddick in his hometown of Basel in 2002 are just two of the shots that seemingly defied the capabilities of the human body. And yet watching them, they felt casual to him. In the knowledge that any of his shots could catch an opponent out, it made his game so unpredictable and fun to watch.

While there will never be an answer as to who is the “greatest of all time”, Roger Federer is undoubtedly the most beloved men’s player in the history of the sport. His 19 consecutive ATP Fans’ Favourite awards are testament to that claim. While it has no influence on his sporting ability, the adulation by the fans might be his greatest legacy. Rather than tarnishing his status, Nadal’s and Djokovic’s Grand Slam victories, put into focus Federer’s unequalled elegance on court.

He was writers’ greatest gift, everyone of them struggling to find the words that would best describe his ability. Not many in history can say that their sporting achievements have inspired eulogies beyond those of traditional journalists. David Foster Wallace, an American author, famously described Federer as a “religious experience”. He is one of a select few that have transcended their sport. If social empowerment belongs to Jesse Owens and winner’s mentality belongs to Michael Jordan, then pure class belongs to Roger Federer.

He concluded his video statement with “To tennis: I love you and will never leave you”. Though having dedicated his whole life to his craft, his passional attachment to the game was unwavering, and never once took his work or status as granted. The tennis superstar was the ultimate symbol of sportsmanship. Through all hardships he would stay silent during his every point, an occasional “jawohl” at the end but nothing else, seemingly unphased by everything around him.

But behind this on-court giant, hides a simple family man from which the tour took time away from his wife, Mirka, and four children. “As long as I wake up in the morning and [Mirka] is next to me, that’s all that matters”. A deity with racquet in hand yet humble human once match point is over, Federer had this mirthful demigod quality to him.

As Rolex, his career-long sponsor, conveyed it: “So while his accomplishments are many, no number can ever express the extent of his legend nor the breadth of his legacy. For his is a greatness that can never be measured”. Tennis will never forget him, for Roger is perpetual.