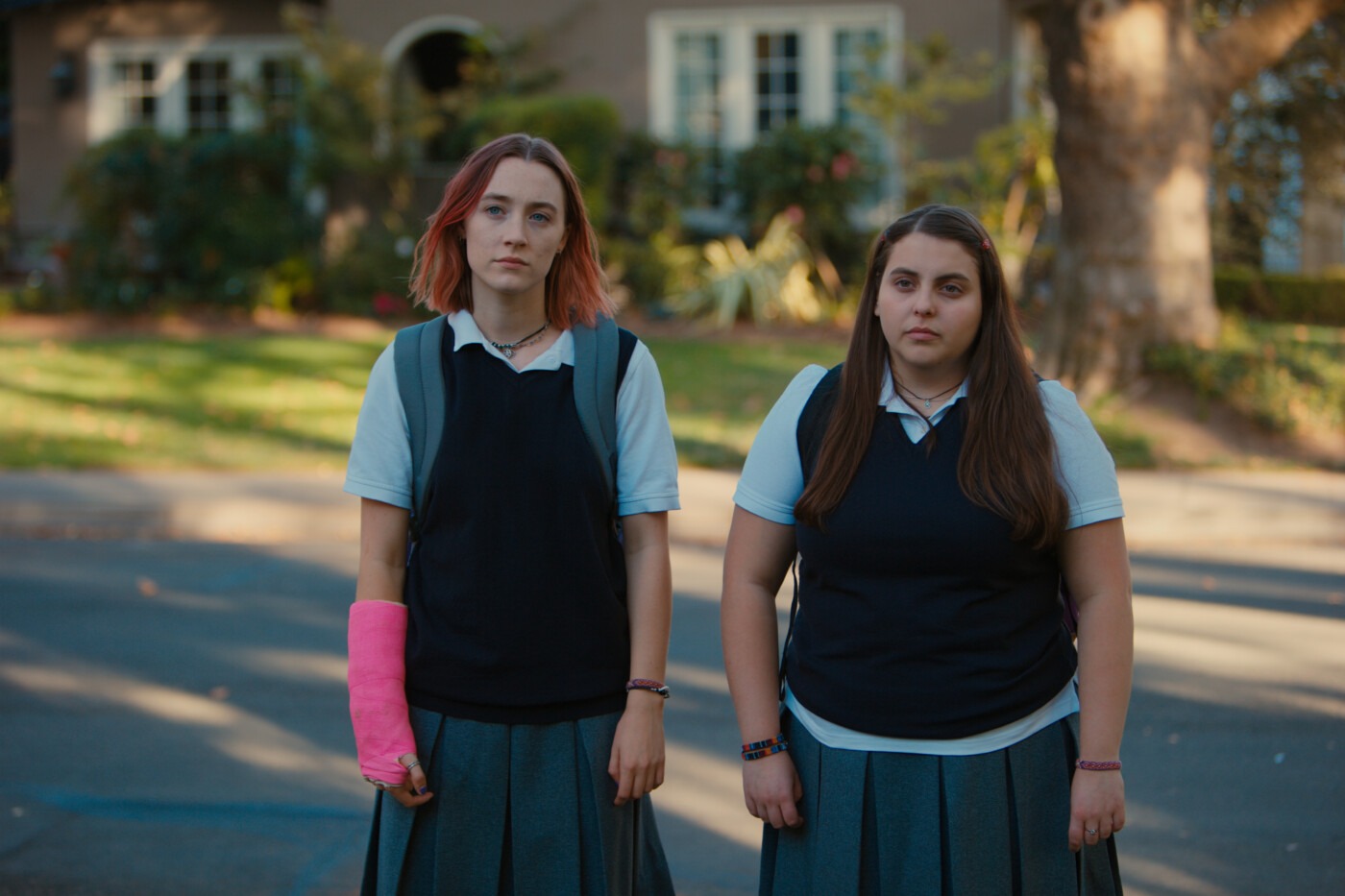 5 Films to get you through Freshers

Film will always serve as a comfort, especially during such a quickly evolving period in your life like moving away from home and joining university. Freshers’ week, and in fact the entirety of your first year at university, can be an incredibly daunting experience. But embracing this new freedom and finding new interests and friends will come at its own pace. Whether you want to visit the Student Cinema or see what’s showing at the Warwick Arts Centre, there are plenty of opportunities to see things on the big screen. Here’s a list of films I think can make perfect viewing, whether alone or with the new characters you’ll meet.

Saoirse Ronan plays our titular character, Lady Bird, a name chosen by herself which she feels better suits her than ‘Christine’. Already, the teenage angst is palpable, as we follow Lady Bird whilst she desperately seeks to leave her hometown of Sacramento for something where ‘culture’ is- New York City. The complexities of mother-daughter relationships are explored, so too are the difficulties that come with coming-of-age, like unsuccessful first love and friendships that last a season. I watched this in Freshers week myself and left the student cinema in tears with a flat mate that luckily became a dear friend. If you feel lost or lonely during this time, seeing Lady Bird’s inner world and the ways she falls apart but also makes things better will fill you with hope.

Parasite, and the huge sensation it caused, sparked my interest in seeing Bong Joon-ho’s earlier work, and this film did not disappoint. This crime thriller follows Detective Park (Song Kang-ho) and Detective Seo (Kim Sang-kyung) as they try to solve the mystery of who is behind all the murders in their remote town. The cast provide brilliant performances and the audience is left constantly guessing, much like the clueless detectives. But what stays with you long after you the credits roll is the chilling conclusion, even looking at a still of the finale with knowledge of the narrative sends shivers up your spine.

The stereotypical student lifestyle can be perfectly characterised by how The Dude (Jeff Bridges) conducts himself throughout the entirety of the film. This laid-back icon of cinema spends his days sitting back in a dressing gown without a care in the world, and you’ll surely meet this archetype or become it at some point in your university experience. The Big Lebowski is the perfect comedy to watch with a new group of people, since everyone can find something to enjoy, whether it be the endlessly entertaining cast or The Dude’s flawless ideology.

Ari Aster’s A24 horror is often considered a key component of the “good for her cinematic universe”, a set of films with female characters that get revenge for the wrongs inflicted upon them by men. Florence Pugh plays Dani, a traumatised young woman who after the loss of her family decides to follow her boyfriend Christian (Jack Reynor) to a Swedish commune. Once there, the peaceful landscapes and seemingly idyllic community reveal themselves to have a much darker side. The film may seem like a slow burn, but the infernal finale is worth the wait.

This Australian dark comedy may seem like an odd choice, and I wasn’t aware of its existence until it became a set text on my course. But watching this with my flatmates who had no idea what to expect will be a core memory of my first year. The film follows Bubby (Nicholas Hope) who has never experienced the outside world, having an incestuous relationship with his mother who keeps him locked away in their home. When he eventually finds freedom, he explores his surroundings and a series of unusual events that lead him to join a band, having a quality which uniquely touches his audience. Bad Boy Bubby is certainly a weird watch and will most likely leave STEM students questioning their life choices, if you also happen to study this film.