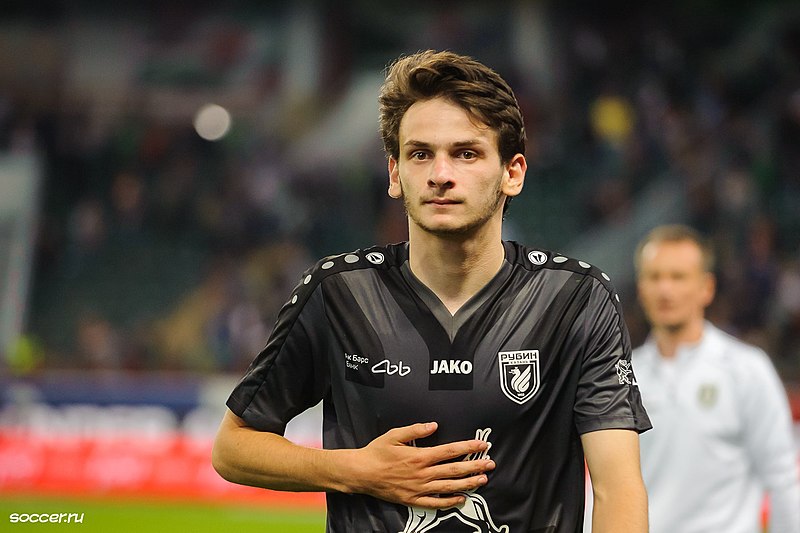 There’s not been many players who have entered Serie A with this much impact. A goal and an assist on his debut, followed by a brace the next game week; people are already talking about Khvicha Kvaratskhelia as a player that Napoli could achieve serious success with.

With a large mop of dark brown hair and ability to weave in and out of opposing defenders like a ghost, could the Stadio Diego Armando Maradona finally witness an heir to their biggest icon?

The story of Kvaratskhelia is one that doesn’t fit into the normal career trajectory that we have come accustomed to within European football. Often scouts scour the pitches of Rio or the hottest prospects coming out of La Masia in order to witness the next great footballers.

A location they are less likely to visit is Georgia. Football is widely popular in this former Soviet State, but they have struggled to ever make a serious dent within the global football system.

Kvaratskhelia made his debut in 2017 for Dinamo Tbilisi in the topflight of Georgian football. The son of Badri Kvaratskhelia, a Georgian himself that represented the Azerbaijani national team, Kvaratskhelia had been seen as an outstanding prospect in the region through the youth ranks and many soon understood that the footballer whose name meant ‘burning coal’ was red hot on the pitch.

Loaned out to the Georgian second tier, Kvaratskhelia made such a large impact on the league that he was named in the Guardian’s best 60 players world-wide in 2018 and soon he had outgrown his country of birth and had interest from giants like Bayern Munich.

After success in the Georgian football system, Kvaratskhelia made a huge step to Lokomotiv Moscow on loan. While only making 10 appearances between his February move and the end of the season, the Lokomotiv Moscow head coach Yuri Semin said that he cried upon hearing the news that the winger would not be remaining at the club. Semin added to his praise of the young player by declaring: “I’ve been following him since he was 15… and he still manages to surprise me every time.”

He would leave for a different Russian team, this time it was FC Rubin Kazan. At only 18 years old, he produced a goal on his debut. Over his time at the club, he would be nominated for player of the month on four separate occasions, and L’Equipe would name him as one of the best players born in the 21st century in 2021.

By October 2020, he had cemented himself as the best player in Kazan’s team and arguably the most talented player in the Russian first tier, and many expected him to leave to a major European club in the summer of 2021.

However, major obstacles preventing him from continuing this success – Putin’s invasion of Ukraine would mean that he would have to return to plying his trade in Georgia, this time for Dinamo Batumi.

Forced out of his club and the country he had moved to, Kvaratskhelia was clearly one of the standout players in the Erovnuli Liga and many within Georgia were unsurprised when major European clubs came knocking again when summer came around.

This was even more emphatically emphasised when against Spain and Greece, Georgia put on incredible displays in the World Cup Qualifiers inspired by their new superstar.

Those who were surprised were the Gli Azzurri, the Napoli faithful who had seen their club lose talents such as Koulibaly, Mertens and Insigne with an unproven Georgian player coming in to fill the void on the wings.

However, dubbed “The Georgian Messi”, Kvaratskhelia has netted a third of Napoli’s goals this season and has shown a huge variety in how he has found the back of the net. He has already netted more open play goals than Lorenzo Insigne netted last season, leading to some media outlets proclaiming “Lorenzo Who?”

“He has this way of taking opponents on and he knows where the goal is, can shoot with his right foot and his left,” Luciano Spalletti said of the wonderkid, but he warned that he may have “too much pressure on him”.

This was a similar claim to one Spalletti had made about another former prospect – Mohamed Salah – and if ‘Kravadona’ can meet these expectations, football as a whole is in for a real treat.

Napoli have shifted substantially from the Sarri-Ball of the past and have moved to a system wherein the plethora of abilities that Kvaratskhelia has are well on display, whether that be a Robben-esque cut in and shoot or a YouTube highlight reel style dribble.

While there is high almost certainly unattainable aspirations placed on this young player, he is currently displaying all the attributes to reach the very top of the game. Demonstrating that football talent can truly come from anywhere, ‘Kvaradona’, for now at least, is authoring another fairy tale chapter within the beautiful game.

With Napoli mourning the loss of their idol alongside losing many of their superstars, it would be the most romantic of football tales if another wizard with the ball would make the Gli Azzurri light up again.