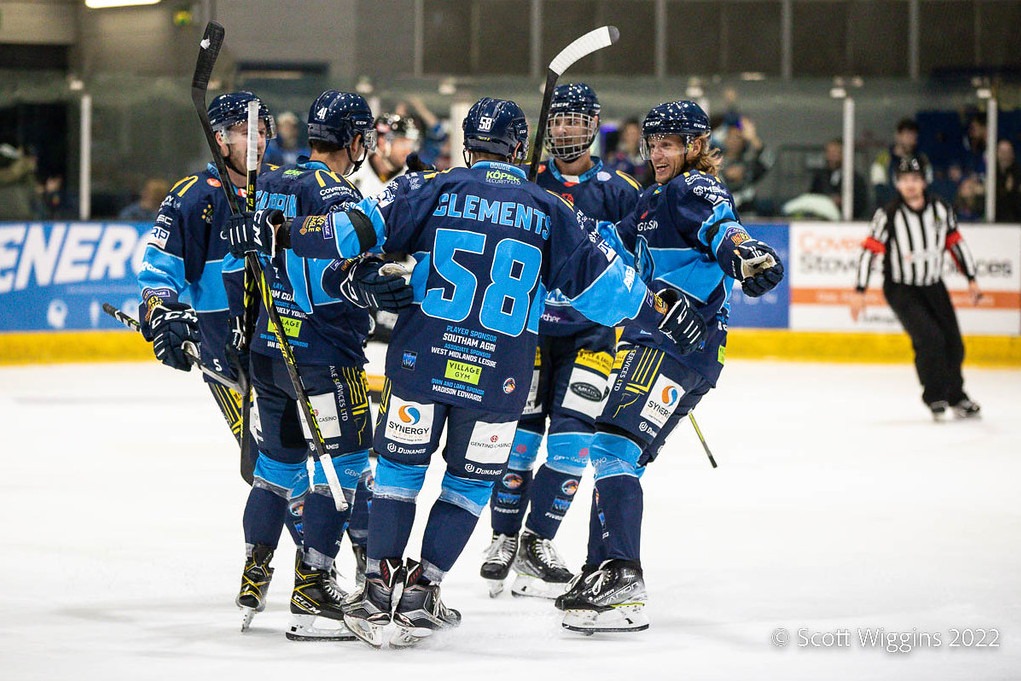 The Dragons are off to a blazing start

With the new hockey season at last upon us, Coventry Blaze have made a strong start to the campaign.

An opening day overtime win over Manchester Storm, paired with two wins over the Nottingham Panthers, have put the Dragons into a good position at this early stage of the Elite League season, as Danny Stewart’s men find themselves atop the table after three games played.

Following the loss of talismanic forward Luke Ferrara to the Panthers, fans could be forgiven for expecting the Blaze to struggle to find the net as frequently. However, the arrival of Colton Yellow Horn from the Glasgow Clan over the off-season has given supporters a new hero.

Since making the switch from the Scottish outfit, the Canadian has scored two and assisted four, contributing to six of his team’s 13 goals thus far, with only Nathanael Halbert matching his goal contributions (one goal, five assists).

John Curran and Radek Vesely have also been in fine form on the attacking front, while Marly Quince has won more faceoffs than anyone else in the division (39).

It isn’t just Coventry’s attack that has been on song, though, as Finnish netminder Paavo Holsa, arriving in England from Slovenia this summer, has been a brick wall at the other end.

Conceding an average of under two goals a game, second only to Matthew Greenfield of Sheffield Steelers (of the teams that have played three games), Holsa has an impressive save percentage of 92.77%, keeping out 77 of the 83 shots he has faced.

Their recent 6-1 dismantling of the Panthers was a fantastic demonstration of all of the team’s best qualities, as the West Midlands outfit put three past Nottingham in each of the first two periods without reply, only conceding a late consolation via a penalty in the 58th minute.

Although it is early days, the signs are certainly promising for the Blaze

However, looking at the stats alone, the game appeared significantly closer than the scoreline would suggest, with the Panthers actually having more shots and only four fewer on target.

Coventry’s effectiveness and efficiency in front of goal helped them dispatch a competitive opponent, and their resilience at the other end, particularly that of Holsa, ensured their lead remained extremely comfortable for the duration of the match.

The only other team to maintain a perfect record in the league is Cardiff, who have played a game less than Coventry but have taken two decisive wins from their games, sticking three past Sheffield before shrugging off the Storm to the tune of an 8-1 hammering.

And yet, facing last season’s Elite League victors in the Challenge Cup, Coventry put on a brilliant display.

Having gone behind early to a Marcus Crawford goal, the Blaze responded in excellent fashion, with Vesely scoring on the powerplay to restore parity before Peyton Frantti put Stewart’s side ahead before the first period was out.

Goals from Jack Billings and Tanner Lishchynsky sealed the win, sending the Blaze atop their cup group ahead of their clash with Guildford Flames on Saturday 24.

Fife Flyers are Coventry’s next opponents in the league, with the team from Eastern Scotland still yet to play their first game of the regular season.

It’s been a strong opening to the campaign at the Skydome, and though it is early days, the signs are certainly promising for the Blaze as they look to seal a high playoff seeding come the end of the season.