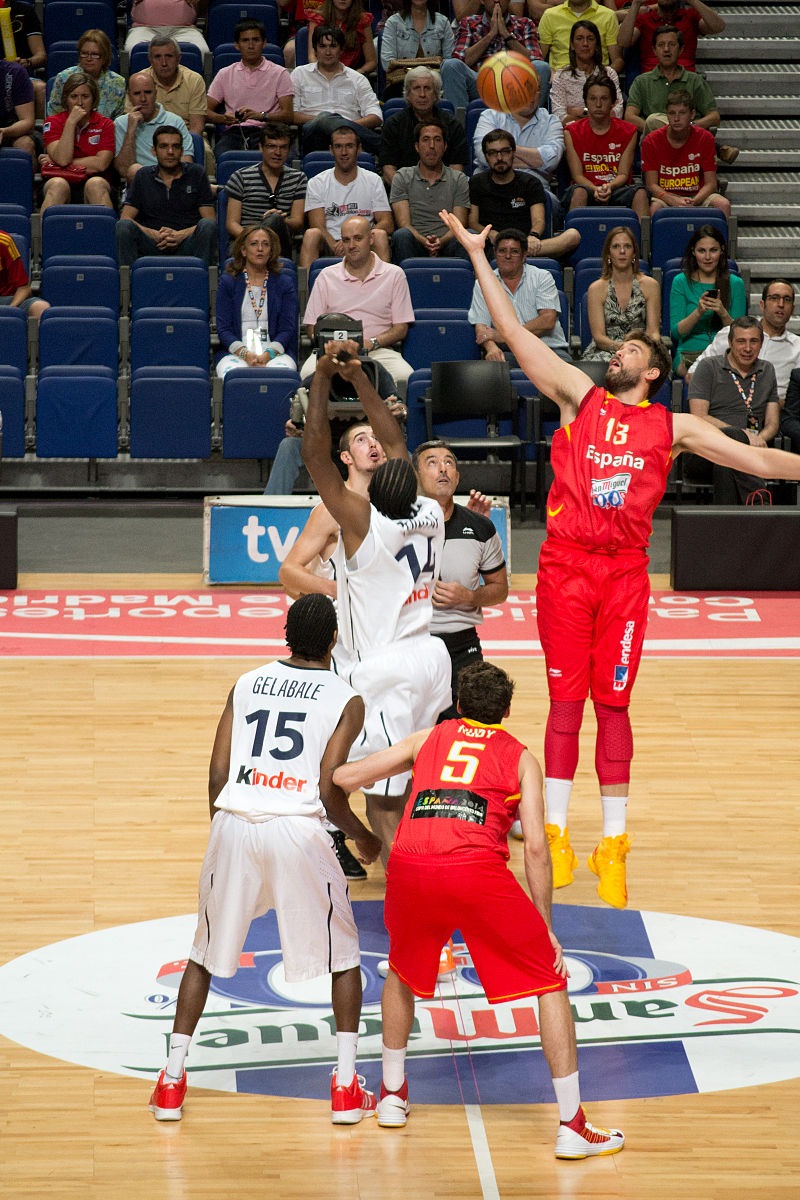 The 2022 EuroBasket has ended with Juancho Hernangomez leading Spain to their fourth victory in the competition. Many believed that their longstanding rival France, led by three-time DPOY Rudy Gobert, would win the competition as the final neared.

However, as European basketball improves, it has become increasingly clear that you cannot rely on a superstar. Prior to the tournament, it was expected that Greece, Slovenia, and Serbia would make genuine attempts at the title carried by some of basketball’s elite. This proved inaccurate as, with shock upsets galore, the only predictable thing about EuroBasket was its unpredictability.

First to go would be Nikola Jokić. After gliding effortlessly through the group stages of the competition with wins over the Netherlands, the Czech Republic, Finland, and Israel, many believed that the current MVP could waltz his way through the tournament without breaking too much of a sweat.

However, although he put up an astounding 31 points against Gianmarco Pozzecco’s Italy, he couldn’t get through the round of 16. In a stunning display of teamwork and comradery Marco Spissu, Nicolò Melli, Simone Fotecchio and Achille Polonara all bested Serbia’s second highest performer.

This included a game-defining 16-2 run within the fourth quarter, where Jokić remained on the bench. This run turned the game around and meant that when the Joker returned to the court, the game was beyond even his reach. Undoubtedly one of the best players in the league, Jokić will be crushed to not have carried his team beyond the round-of-16 stage, and fans argued that his team would have won if he remained playing.

There were still some moments of magic from the MVP in the game as the Joker scored off the shot clock, but he will be disappointed his magic couldn’t produce a miracle.

Next to be eliminated would be Giannis Antetokounmpo. The ‘Greek Freak’ has been an unstoppable physical force that hasn’t been seen in basketball since Shaq was at the peak of his powers, and joined by his two brothers Thanasis and Kostas, many believed the tournament could be heading the same way as the 2021 championship.

Giannis continued his unbelievable NBA form from the last half-decade and was arguably the player of the group stage. The two-time MVP and member of the NBA 75-Anniversary team had the highest points per game of the tournament before elimination with 29.3 ppg and was near the top of the assists charts too.

In the quarter finals, Giannis fared better than his MVP opponent, as Greece bested the Czech Republic 94-88. However, Germany would prove a much sturdier test, as the host nation could utilise Dennis Schroder as almost as effective an attacking threat as Giannis.

While Antetokounmpo had 31 points, Schroder ended the game on 26, and with Daniel Theis getting 16 rebounds, it allowed the Germans to score 17 three-pointers in 31 attempts.

The trio of Schroder, Wagner and Obst led to Germany having a 20-1 push in the third and having a 15-point lead. Still 14 points down, Giannis would be ejected with just under five minutes left in the fourth, and Schroder soon followed. Greece were third-favourites to win, but couldn’t catch up to Germany, ultimately losing 107-96.

Also knocked out in the quarterfinals would be Luka Dončić; the 23-year-old Mavericks superstar would win the 2017 EuroBasket Championship alongside now-veteran Goran Dragić, and many believed the result of the 2022 tournament could be the same.

Dončić is one of the brightest prospects in the NBA, and it’s possible that he could reach the MVP levels that have been achieved by the two aforementioned players. One of the top-scoring players in the tournament, Luka had struggled at points in the competition and didn’t look the same player that had put together a historic playoff run last season.

The player who had obliterated and deconstructed the Suns in the playoffs described his condition as “not 100 percent,” with the Slovenian admitting he “received an injection in the third quarter”. He then went further by saying: “I was dealing with a lot this EuroBasket. But that’s not the reason. Today I played terribly. I let my team down. I let my whole country down. That’s on me.”

Normally calm under pressure, Dončić was ejected with just three minutes left in the fourth, and finished the game with only 14 points. Although he got 11 rebounds and seven assists, Slovenia still required a 21-3 run in the third to take the lead 65-64 as the game entered the final stretch. However, without their star man, it was hard for Slovenia to keep on top and Poland advanced all the way to semis.

With three of the best basketball players in the world all eliminated, this Eurobasket Championship has certainly been one to remember. Dončić, Giannis, and Jokić set the early tournament alight, and will undoubtedly go on to light up the NBA once again this season, but with more and more European talent in basketball than ever before, we may be moving away from the era of single dominant players carrying teams to championships.

Dončić reflected on the tournament, saying: “This EuroBasket was something else. There was a lot of great teams.” Hopefully this tournament is a sign that European basketball is just getting better and better.