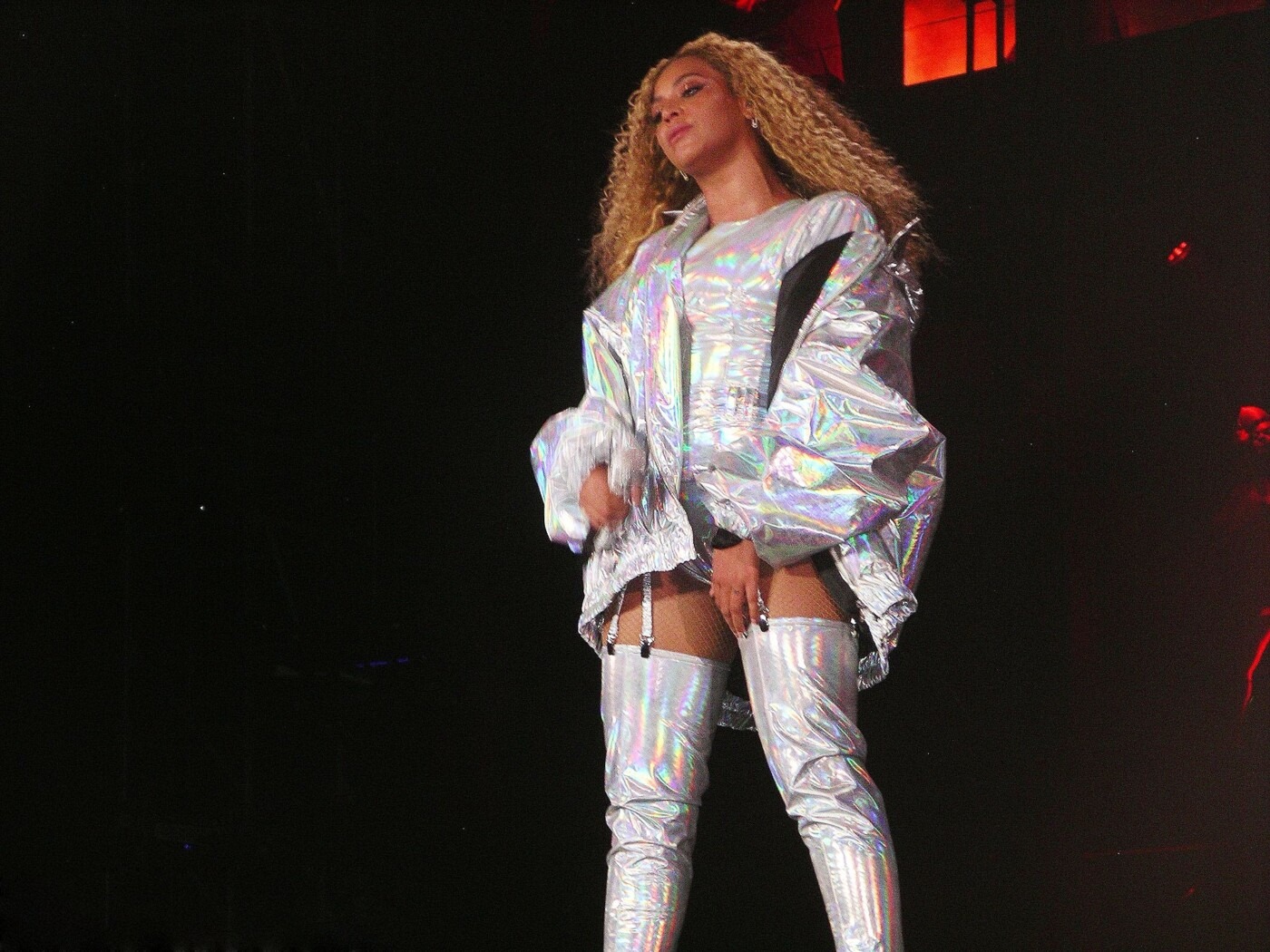 The battle for club music’s soul

Last weekend I ended up having a long discussion about music with someone at a house party. So far, so normal. What is abnormal about this discussion is that I both remembered it and thought it interesting enough to be worth writing up. What I learned from it was that there are, effectively, two main attitudes as to the purpose and intended effect of club music and that my friend and I sit within opposing camps. I am not writing to disparage the other opinion, but to offer my own perspective. To do this, I will talk about two great albums that I believe epitomise their respective styles. The first is Beyoncé’s Renaissance and the second is Katy B’s On a Mission.

Both albums are billed as odes to club music and its transformative power. It could be argued Katy B’s 2016 album Honey is an even better example of the idea, but I personally prefer On a Mission’s execution, and it makes my point all the same. The real question is: what aspect of Club music are they writing an ode to? Beyoncé’s album is immaculately produced, flowing from full frontal 90s house revival on ‘Break my soul’ to more subtle nods to disco, techno and funk. Frequent use of an MC situates Beyoncé’s voice within an atmosphere that is unique for her career thus far ⁠— an atmosphere where she is not in control of the space, rather she is seeking it out for a transformation in her command of herself. Gone are the twin genii of spirited angst and righteous fury on display in Lemonade, replaced by a Beyoncé who has glued herself back together and is reasserting herself through the emotional and sexual agency of a slightly different calibre to that of her earlier work. For Beyoncé, the wholesale jump into these genres specifically reflects that journey. In doing so, she embraces not just a reclamation of what was a black art form in the US before the EDM boom of the 2010s ⁠— House and Techno having originated primarily in Chicago and Detroit ⁠— but the numinous quality of the dancefloor as a space for self-transformation and escape, especially for those from marginalised communities.

With her trajectory over the last 6 years, this is not surprising. First, her 2019 Coachella set went out of its way to couch her within the lineage of a deep history of black artistic expression. Then her 2020 film Black is King, the companion to her Lion King: The Gift album, deliberately employed music to assist the main character’s narrative as an allegory for the African Diaspora history. However, it is important to note that she is not simply celebrating this art, but positing herself as its culmination, or at least continuation, in a quasi-Hegelian sense. The way Beyoncé treats club music, then, in this context, is that she is taking from it, drawing from it. Her lyrics, through grandiose and self-aggrandising bar after arrogant bar, paint a picture of Beyoncé as ‘Queen Bey’, drawing from the space and dominating it through her discovery. It is a celebration of her self-discovery and those that made it possible, but also, first and foremost, of herself. This is its intention, and it performs it very well. It is a very good album.

However, I cannot help but have reservations about what it says about how club music is being perceived in a wider context. The atrocious new Drake record and the intimations from Frank Ocean that his new album will also draw heavily from these wells suggest we are in for a new wave of club-inspired music. My worry is that the focus of this wave, and the impression it will give the next generation, is that club music is inherently individualistic and personal. It can be, but it can also be a space for ego-death, dissociation, and unity. Focus on only what you take from the atmosphere dismisses its equal and opposite ⁠— what you gain from a freeing of inhibition, becoming one of many, leaving your cares behind as opposed to constant conflict with them through self-actualisation.

Of course, we have been here before. The EDM wave of the early 2010s and the Calvin Harrisification of pop in that era created a symbiosis between accessible and catchy beats and hooks from guest vocalists that traded on star-powered singles to promote the meteoric rise of DJs like David Guetta. As far as eras of pop go, I actually thought it was a rather good one. However, it violently and possibly fatally eschewed the notion of anonymity in electronic music. Gone are the samples, the relative nobodies whose voices are chopped and manipulated to the DJ’s whims.

It’s a record brimming with authentic emotion, but it isn’t uniquely Katy’s

Dwelling on this, one album of that era stands out to me as a celebration of what encapsulates clubbing for me and is quite possibly the only album of that era I would still award a 10 (sorry Welcome Reality ⁠— ‘crush on you’ is still annoying). That album is Katy B’s On a Mission. On this record, Katy explores the mundane moments of club nights and fleeting romances with arresting specificity, while never sacrificing the general applicability. Her tone intimates the assumption that you know what she means, and you empathise with her. Her girl next door charm sells it absolutely. Everything she says on here, I’ve heard before in one manner or another, from some girl in a smoking area, and lord willing, I will hear it again for many years to come.

Katy doesn’t really matter at all here. She could be anyone. She could be you. We’ve all been on a mission. We’ve all needed a good night out for our own reasons and those are valid. She also manages to walk the tightrope of celebrating ecstasy and escape without dropping into the venerating of alcoholism and hooliganism which proved impossible for her contemporaries (Looking at you, Example). It’s a record brimming with authentic emotion, but it isn’t uniquely Katy’s. She’s another girl at the bar, the last person dragged off the dancefloor, hearing lines that have been said a thousand times before and will be said thousands more again. Fundamentally, it views the club as a space for a radical decentring of the self. Of course, it is the work of a named popstar, who charted multiple times in the years around its release. It is not a record that establishes the feeling that these nights create, instead it is a meta-commentary on them, a praising of that mundanity. Like discussing it with an old friend. In this way, it is the polar opposite of Beyoncé’s Renaissance.

To ask which is a better, or truer, approximation of the club experience is to ask the wrong question. It can be one or the other on any given night. More frequently it occupies a middle ground. Self-actualisation is important. However, I do feel that we do the current generation of teenagers a disservice with the narrative being created as nobody is making the opposing argument. As more and more of our lives are offered up for consumption, and more accurately, for judgement on TikTok and specifically Instagram and the pressures that come with the curation of an image of the self ⁠— we need people now more than ever to make the case that you can leave it all behind too. Beyoncé’s music is undeniably helpful to those who are wishing to become the person they project to the world. Attention and ego merge in her work to bring you closer to your idealised self. But equally, we need to be taught that it is just as valid to eschew all of that, to blend in, become one of many and just evaporate.

I can’t remember the last time I put up a story or published a picture from a club night. But what matters is I enjoyed myself then and there. It doesn’t fit into some narrative of personal growth. I don’t have to explain or justify that to anyone. I don’t have to prove it happened. The pressure social media puts on you is arbitrary and can be dispensed with. You can just enjoy things for what they are, without external reference points, or needing to contextualise them for others and offer them up for their consumption of a notion of who you are. That is, at least for me, the true liberation of club music in the 21st Century. I am more of a Katy B than a Beyoncé. Not that one is intrinsically a better position than the other, simply that I would feel disadvantaged like I had missed something if I had solely been raised on the idea that clubbing is about how you are perceived, rather than prioritising your own feelings and emotions. I fear for our current youth if nobody makes the argument that the club isn’t just a hyper-individualised space, it can also be a communal atmosphere and experience. Without that, even sweatboxes like the notorious Hive in Edinburgh will be colder and lonelier, though many will scarce understand why.