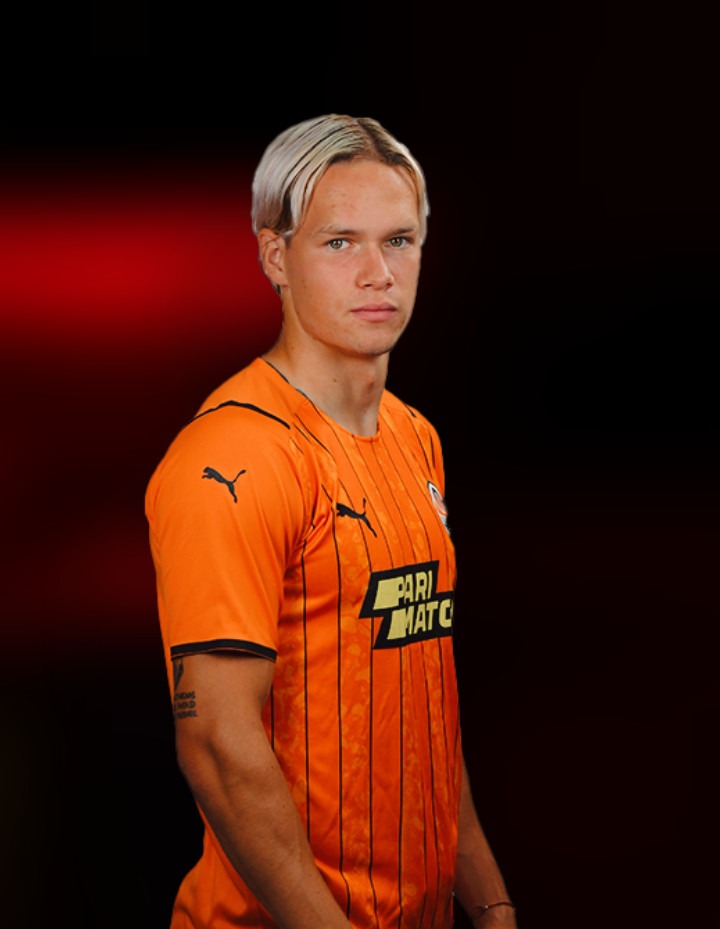 In the middle of the largest conflict for more than half a decade, Ukrainian football returned on the 23 August. A 0-0 draw in Shakhtar Donetsk’s first game of the Ukrainian Premier League season seemed to indicate that their team may have been shackled by the conflict, but among the turmoil and tragedy, a star has been born.

In silent stadiums equipped with bomb shelters and air raid sirens, Mykhaylo Mudryk has been tearing up the Ukrainian Premier League. At just 21 years of age, Mudryk has had very little time to impress on the European stage, but has already appeared on the shortlists of European giants such as Juventus, Liverpool, Arsenal, and Tottenham.

Far more similar in my opinion to the earliest years of Ronaldo and Mbappe than to Neymar, the Ukrainian winger has the ability to provide hope to a nation in need.

Born in the city of Krasnohrad in 2001, Mykhaylo Mudryk joined local side FC Metalist Kharkiv at the age of nine. After a short spell at his local team, he would move onto Dnipro Dnipropetrovsk, which would dissolve just like his previous club.

Although he faced these obstacles, his talent was obvious, and he was snatched up by Ukrainian giants Shakhtar Donetsk.

Just because he had avoided the collapse of his two previous clubs and he had extreme talent did not mean that success came easy for Mudryk, as he was loaned out to both Arsenal Kyiv and Desna Chernihiv before breaking into the first team.

During his time out on loan he struggled for game time, often playing less than 60 minutes per game, and was moved around position frequently, playing on the left, on the right and as an attacking midfielder. This meant that he struggled to achieve any significant goal contributions in the first few years of his career.

As the 2021/22 season approached, Mudryk continued to tear it up for the Ukrainian youth teams, but many believed that the talent would have to prove his ability in the Premier Liga if he was to fulfil his undoubted potential.

A player who has had to battle to even display his abilities on the pitch, Mudryk can provide inspiration to millions as the ‘Ukrainian Neymar’

A first chance to prove himself would come in a huge Champion’s League play-off second-leg tie against Monaco. Monaco fielded superstars such as Cesc Fàbregas and Wissam Ben Yedder, and were expected to go through to Europe’s top competition, but it wasn’t to be.

With eight minutes to go in regular time, Mykhaylo Mudryk got his chance, and utilising his unbelievable pace and Monaco’s tired legs he forced them into an error which would decide the game, earn him an assist, and give him an opportunity to further prove himself on Europe’s biggest stage.

Cementing his place as starting left winger for the Ukrainian giants, would be the main objective for Mudryk during the 2021/22 campaign, and with two goals and nine assists in just 18 league games, not only would he achieve this objective, but many believed he could be surpassing the lofty expectations placed on him.

At no point was this more apparent than when the Ukrainian side faced eventual UCL champions Real Madrid; Mykhaylo Mudryk would tear Madrid’s experienced defenders apart, despite not securing a victory.

After earning a starting place for both club and country, both Donetsk and Ukraine itself would be invaded by Russia at the start of 2022. This invasion of his homeland brought untold misery to the people of Ukraine, and many believed that Mykhaylo Mudryk would join many of his teammates and leave the league. Brentford reported their interest in the January window and through the summer some of Europe’s largest clubs came calling.

Although Arsenal apparently attempted to sign the winger, as the 2022/23 season began in silent stadiums and Mykhaylo Mudryk was still there. After being Shakhtar’s standout player prior to the invasion with 4.8 progressive passes per 90, and more than 10 successful dribbles, many believed he had the talents to succeed in Europe, but Shakhtar’s valuation was not met.

His ability not only to beat players with immense dribbling and pace, but also an impressive passing range has also seen him compared to Luka Modric, with both having long blonde hair. The Croatian’s story of battling against war to succeed will also relate to that of Mudryk who has started the season in impressive form.

Five G/A in five games have demonstrated to those in and outside of Ukraine the potential that Mudryk still possesses and with goals against both Leipzig and Celtic in the Champions League he can clearly do it against the very best. A player who has had to battle to even display his abilities on the pitch, Mudryk can provide inspiration to millions as the ‘Ukrainian Neymar’. Time will tell if he can live up to this comparison.