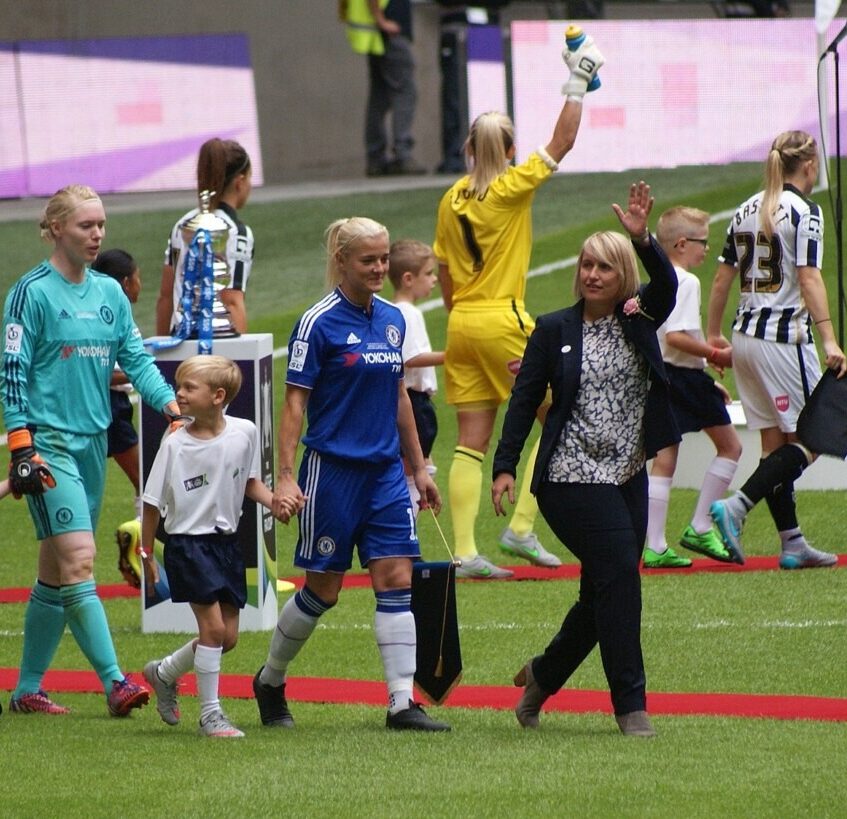 It is rare at the top tier of modern football that a manager has to effectively build a club from the ground up. Head coaches often walk into a readymade institution, with all the facilities and finances in order to provide them with the ideal working environment to build something special.

This was not a luxury afforded to Emma Hayes when she joined Chelsea 10 years ago.

Arriving at a club that had just finished third from bottom in the Women’s Super League, having picked up just three wins all season, Hayes found herself working with scraps as she began her search for offices from which to work.

Speaking to BBC Sport, Hayes said that “when there’s nothing there, you have to put everything there”.

And put everything there she did, pouring all her efforts into the creation of sustainable foundations at what was then Chelsea Ladies.

The early days of Chelsea under Hayes illustrated the truly volatile nature of the WSL in the early 2010s, as having reached the FA Cup Final the year before the former Arsenal academy director arrived, the club finished third- and then second-bottom under Hayes, before narrowly missing out on the league title in her second full season at the helm.

In 2015, Chelsea won the league and cup double, bringing home both the WSL title and the FA Cup while featuring in the Champions League for the first time. Hayes’ shrewd dealings in the transfer market, including the arrivals of Yuki Ogimi, Hedvig Lindahl, Ji So-Yun, and Fran Kirby, were crucial as the team pieced together their puzzle.

“People don’t realise that when we won the double in 2015, I was part-time. Lots of the players were part-time, lots of the staff were part-time. We didn’t have much more resources than we did two or three years prior to that.”

The rise of Chelsea under Hayes has been a truly remarkable journey to witness, as what was once a monumental achievement in 2015 has been repeated thrice since then, with the team adding the league cup for a domestic treble in 2021.

The 45-year-old is emblematic of the growth of women’s football as a sport, particularly here in England, and with a multitude of Chelsea players featuring in Sarina Wiegman’s Euro 2022 squad as the team lifted the country’s first European championship, Hayes’ work can no longer go ignored by the wider football community.

A few years ago, Hayes was rather condescendingly offered the AFC Wimbledon job, as though managing in League One was the level she was operating at. If Hayes were to ever make the transition from women’s football to men’s, it should be in the top flight.

Although it would be fantastic to see a woman take a top managerial job in the men’s game, Hayes has done all she needs to secure legendary status within the sport, having rescued Chelsea from the brink of relegation before going on to build a frankly terrifying team brimming with superstars.

The Chelsea manager herself said she doesn’t particularly wish to reflect on the past. In fact, she is not even focused on the feeling of winning. She is constantly setting herself new goals and marking out a path to reach her next target.

Emma Hayes is inarguably one of the best managers currently in the game, and the work she has done for not only Chelsea, but also for women’s football as a whole, is to be respected, and we are fortunate to have such an individual at the forefront of the game in England.