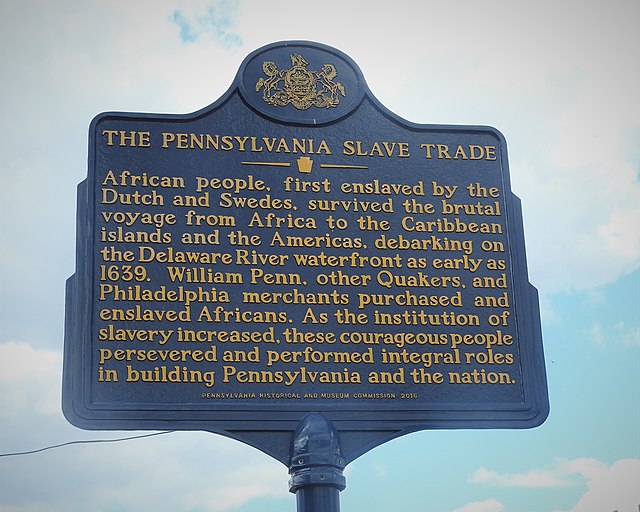 With organisations around the world facing pressure to confront the provenance of their collections, the university joins the list of institutions taking steps to address their past. Until now, these skulls have been used in lectures and exhibits.

NAGPRA is the Native American Graves Protection and Repatriation Act. It was created to respectfully preserve and protect Native American human remains and cultural objects. Since the Morton Committee’s formation in August 2020, the University of Pennsylvania has been working to rebury some of the skulls of Black people found in Dr Samuel George Morton’s collection.

So far, the university has committed to returning skulls from the collection that were taken from a graveyard close to Havana, Cuba.

In Pennsylvania, thousands of enslaved Africans were forced to grow products like tobacco and wheat, as well as perform domestic tasks. Following their deaths, some of the corpses were used by physicians and anatomists to explore the emergence of different races and their respective intellectual abilities.

Dr Morton was one of these physicians and went on to write several books on his discoveries. His findings encouraged white supremacy and manifest destiny. Through his studies, he concluded that Black people were the inferior race due to their comparatively small skull capacity. These findings have since been debunked by subsequent scientists.

‘Wider Horizons for You and Yours’ (WHYY) is a media organisation in Philadelphia. In WHYY, Dr Christopher Woods, Director of the Penn Museum said: “It was the direct result of the killing of George Floyd, the rise of Black Lives Matter”, that pushed them to apologise and act.

After the murder of George Floyd and the conviction of former police officer Derek Chauvin, there has been more emphasis on anti-racist behaviour and discourse. In the past two years, statues have been removed, police funding in many cities has been greatly reduced, and millions of people across the world have protested against racial discrimination.

Mx Abdul-Aliy Muhammad is an organiser for the Black and Brown Workers Cooperative and a member of the Morton Committee. According to Science, they said that: “These people did not ask to be prodded, they did not ask to be dissected, they did not ask for numbers and letters to be imprinted upon their remains. They were brutalized and exploited. They had their lives stolen from them. And they deserve rest.” Muhammad has also challenged the propriety of the university handling the memorial service and their lack of transparency while suggesting that this process is being rushed.

However, some find the pace of this reburial effort appropriate. In The Philadelphia Inquirer, James Wright, a fellow member of the Morton Committee, said: “The advisory group had discussed burying the remains at Eden in past meetings. Faith leaders in the group had advocated that the remains be buried as soon as possible out of respect for the dead”.

Penn University has stated that they: “Take very seriously the wide ethical, cross-cultural, and legal expectations and considerations that should be acknowledged with regard to the care and stewardship of human remains.”

What happened to these enslaved Africans is no isolated incident. Despite disapproval from some on the grounds of scientific discovery, the calls for repatriation have grown recently in number and volume. Similar requests to those made to the University of Pennsylvania have also been made in France, the UK, and Germany. This decision could set a precedent for institutions across America and around the world. It suggests that more work must be done in order for historical conservation and intercultural respect to coexist.