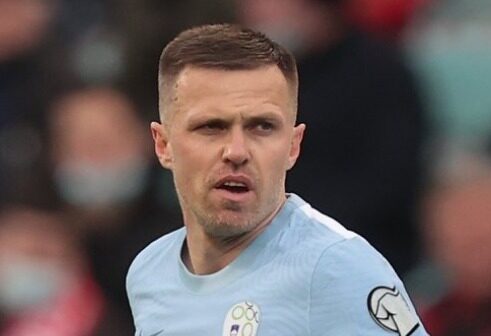 After five outstanding years in Bergamo, Josip Iličić has had his contract terminated by mutual consent as he desires a new challenge. After joining the club in 2017, the Slovenian forward has been a standout player in the Italian first division alongside putting in some glistening performances in Europe.

The story he wove in the heart of one of the decade’s defining Serie A teams can tell us a great deal about how football can evolve, and depicts the close relationships players and clubs can still have to this day.

Atalanta have never been a successful club – a lone Coppa Italia win in the early 1960s fails to mirror the achievements of the many giants that can be found in Italy. Clubs like AC Milan, Internazionale and Juventus have been home to some of footballs biggest legends with players like Zidane, Ronaldo Nazário and Diego Maradona all lighting up the league.

However, recently the league has struggled to make any real impact at all on a European stage due to a huge declining in comparative wealth to leagues like the Premier League. Within this decline, Atalanta have stood in clear contrast as they have put together one of the most exciting football teams to watch in the past decade.

While spending most of the 21st century bouncing around Serie A bottom-half obscurity mixed with occasional visits to Serie B, this all changed with the hiring of Gian Piero Gasperini.

The manager who had previously been at Genoa managed to carry Atalanta from lower-league strugglers to their first taste of European competition for nearly three decades. This was boosted by the signing of a new winger in July 2017 – Il Professore.

What would follow would be an instant click. Gasperini’s experimental tactics paired with the ability of Iličić lead to 11 goals in his first league campaign. Josip also netted four times in the Europa League, including a brace against German giants Borrusia Dortmund.

Next season, he would impress further, netting 12 goals and carrying Atalanta to an unprecedented third place finish and a spot in the Champions League for the first time in the club’s history.

Standing at six foot three, Calcio England said “his wonderous left foot can either be a sledgehammer or an artist’s paintbrush”, and his play is an enigma of contradictions. Tactically versatile enough to feature as a striker, centre forward, attacking midfielder and winger, Iličić utilised a plethora of abilities such as immense power, speed, and a repertoire of tricks to tear defences apart throughout this era. This earned him large amounts of personal accolades and adulation.

Perhaps usurpingly at this point, Iličić improved again in the 19/20 season, and scored 15 in 26. On top of this, the increased difficulty of the Champions League failed to prove too much as the Slovenian netted five goals in the tournament, including a four-goal riot against Valencia.

This performance would become iconic amongst the fanbase of Atalanta and would go down in history as the first team a player had scored that quantity of goals in an away champions league knockout encounter.

Iličić, alongside his mesmerising football ability, has been depicted as a man who “will always be destined to suffer for his art”. Battles have seemed to follow him around every corner and in 2018, many believed that he wouldn’t be able to walk again after a bacterial infection.

Battling through his father’s death and having to escape the war in the Balkans at an early age, Iličić has had to deal with immense personal tragedy in order to gain the position he occupies within football’s elite.

Often described on the pitch as “a ballerina with a boxer’s frame”, Iličić has contemplated leaving the sport he loves numerous times throughout his career due to the battles he has had to face.

From fearing he would pass away in 2018, Iličić has had a long struggle with depression and has missed occasional games due to this. This has led to the ending of his time in Atalanta as he needed to find a new environment.

He has still maintained his great work on and off the pitch, and donated his iconic Champions League ball to a hospital in Bergamo during the Coronavirus Pandemic. Upon his departure, Atalanta demonstrated the icon that he had become at the club saying: “He enchanted Bergamo with his plays, his inventions and his pure class since 2017.

“He made us dream with his magic on the pitch and moved us with his sensitivity and humanity off it. His four goals at Valencia will forever remain a portrait of the champion Iličić, while the noble gesture of donating the ball of that magical evening to Bergamo’s Papa Giovanni XXIII Hospital is a portrait of the man Josip.

“There would be goals and assists to list, but what these five seasons together have meant goes far beyond numbers. Now we part ways, but the memories and emotions will remain forever.”

Receiving a guard of honour, his time at Atalanta will forever be interwoven with the history of Serie A. Demonstrating incredible character and courage, Iličić has left an irrefutable mark on football and has shown to be an incredible warrior on and off the pitch.

His story will consistently prove to be an inspiration for all. Upon leaving Fiorentina his former manager claimed that “he will go away in silence, without being able to leave his mark”. This appears to be as far away from the truth as possible, as Il Professore departs Bergamo as a legend.

If you are facing depression or want someone to talk to call 116 123 to contact Samaritans or text SHOUT to 85258. You can also contact CALM at 0800 58 58 58 and they can help talk you through any problems you may have or anything that may be upsetting you. Please get in touch with your personal tutor if you need any support at all.