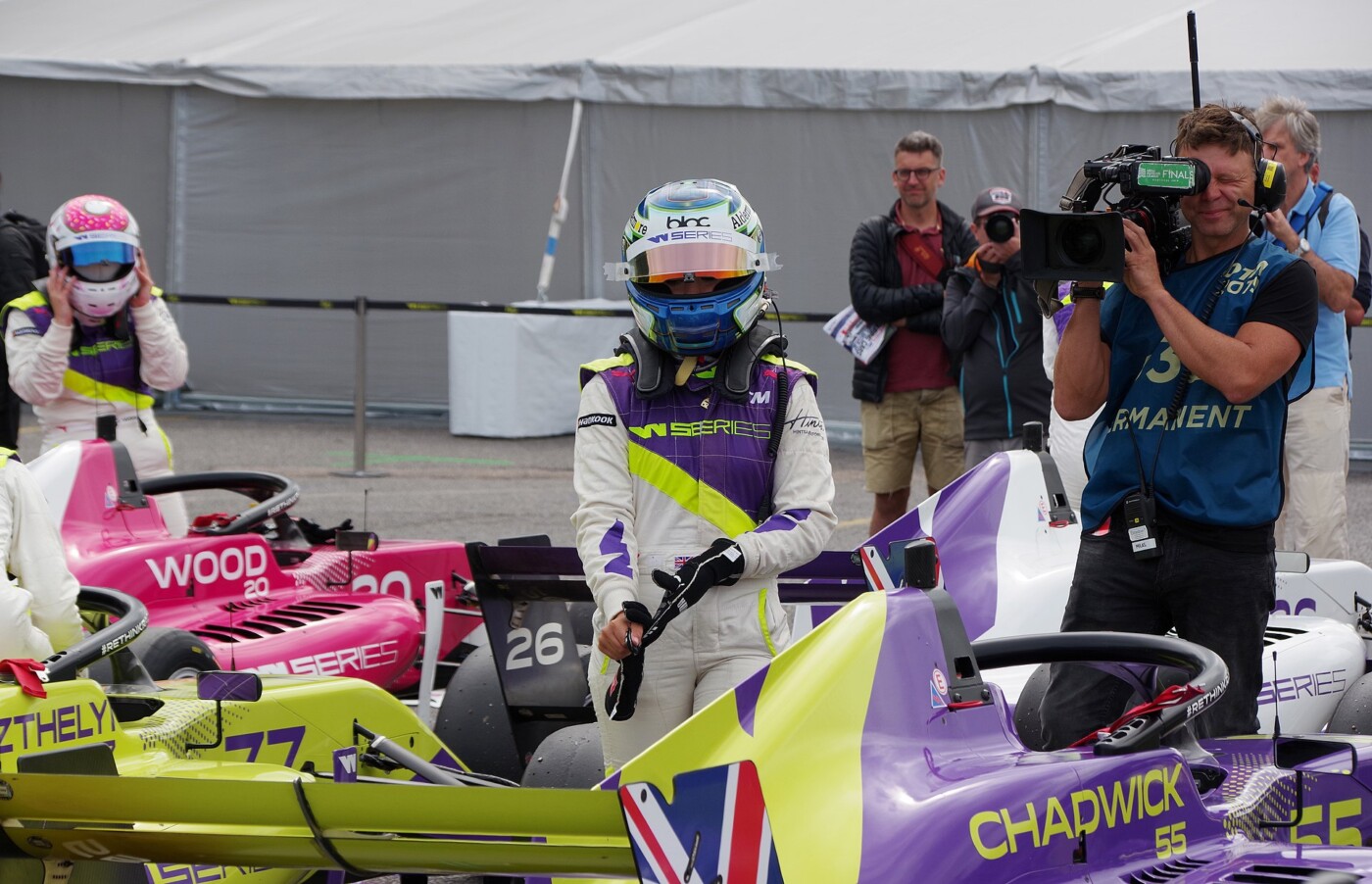 “Women can’t drive” is another outdated stereotype: the future of F1 is female

Following a summer of success for sportswomen — with the England team’s historic win at the UEFA European Women’s Championship, national excitement surrounding the female talent displayed at the Commonwealth Games, and the debut of the Le Tour de France Femmes — women have once again faced backlash in another sporting arena. Formula 1 president Stefano Domenicali has said that, although he is “totally dedicated” to giving women the maximum possibility to enter the F1, he does not expect a woman to race at the top level of the sport in the next five years. While women currently compete in the all-female W Series, no woman has competed in a Grand Prix since Lella Lombari raced in 1976. At the conference in question, Domenicali did not expand on what plans he had to ease women’s path to F1.

Many racers, including W Series champion Jamie Chadwick, have attributed the lack of female racers in the F1 to the extreme physical demands of the Grand Prix. She also cited technical changes that may be necessary for women to compete with men, as the cars used in F1 are designed to benefit male bodies: for example, introducing thinner steering wheels and wider cockpits might make it easier for female racers, as they’re better suited to their body types. Although Chadwick aspires to compete in the F1, she is unsure whether it will be “physically possible” until the “limiting factors” of the sport are addressed and eliminated.

However, not everyone agrees that the limitations of the F1 are physical: rising star Abbi Pulling, who recently completed her first full season in the W Series, spoke out directly against Domenicali’s statement and said she thinks it’s “possible” for a woman to race in the F1 in the next five years. She believes women “can be fit enough to race at the levels” with the help of the Alpine Rac(H)er programme, which aims to introduce more women into motorsports, and says that she “welcomes the challenge” of the physical restrictions.

It’s probable that Domenicali’s low expectations of female racers, which are likely shared by other members of the F1, are due to outdated misogynistic ideas of what women are capable of. With seven-time world champion Lewis Hamilton declaring the F1 a “billionaire boys’ club”, there’s little doubt that most people struggle to break into racing because of class, gender, and race, rather than physical limitations. There are few spaces available, with only 20 drivers on the F1 grid, meaning more experienced male drivers are likely to take places away from up-and-coming female ones in mixed races. Talent isn’t enough to make it into the F1, as it also requires millions of dollars of funding, which further limits the opportunity for most people to compete.

Domenicali also failed to address the barriers faced by female racers and instead reduced the issue to a matter of gender differences. Four-time world champion Sebastian Vettel criticised Domenicali’s statement for being a poor choice of words and likely discouraging women from pursuing motorsports. Vettel said the statement was one “women or girls are probably confronted with when they are growing up and sharing their dreams”, resulting in them shying away the idea of racing.

Attitudes displayed by people in power, such as Domenicali, are undoubtedly part of the reason that women are underrepresented in racing. While the number of female drivers is rising, as well as the women working behind the scenes as engineers or mechanics, Chadwick says that motorsports still has “a long way to go” when it comes to equality. Regarding F1 in particular, it’s possible that Pulling or Chadwick will succeed in their goal of competing, but they’ll still be among the few women to make racing history, even if they do break the glass ceiling.

Despite the undeniable success of sportswomen, stories like this highlight that sexism is still present in the majority of sports. According to a survey carried out by the BBC, 65% of women had experienced sexism in sport (an increase since the previous survey five years earlier) but the majority didn’t feel that they could report it. But comments like Domenicali’s demonstrate that the problem isn’t just with individual men, but a systematic problem within sporting industries, particularly those that are male-dominated. It is, however, hardly the first time that Domenicali has been willing to turn a blind eye to blatant inequality for the sake of promoting motorsports.

While the boundaries faced by female drivers are disappointing, the amount of promising young female talent within motorsports suggests that the face of F1 will be changing drastically in the future — perhaps even in the next five years, in spite of what Domenicali thinks.