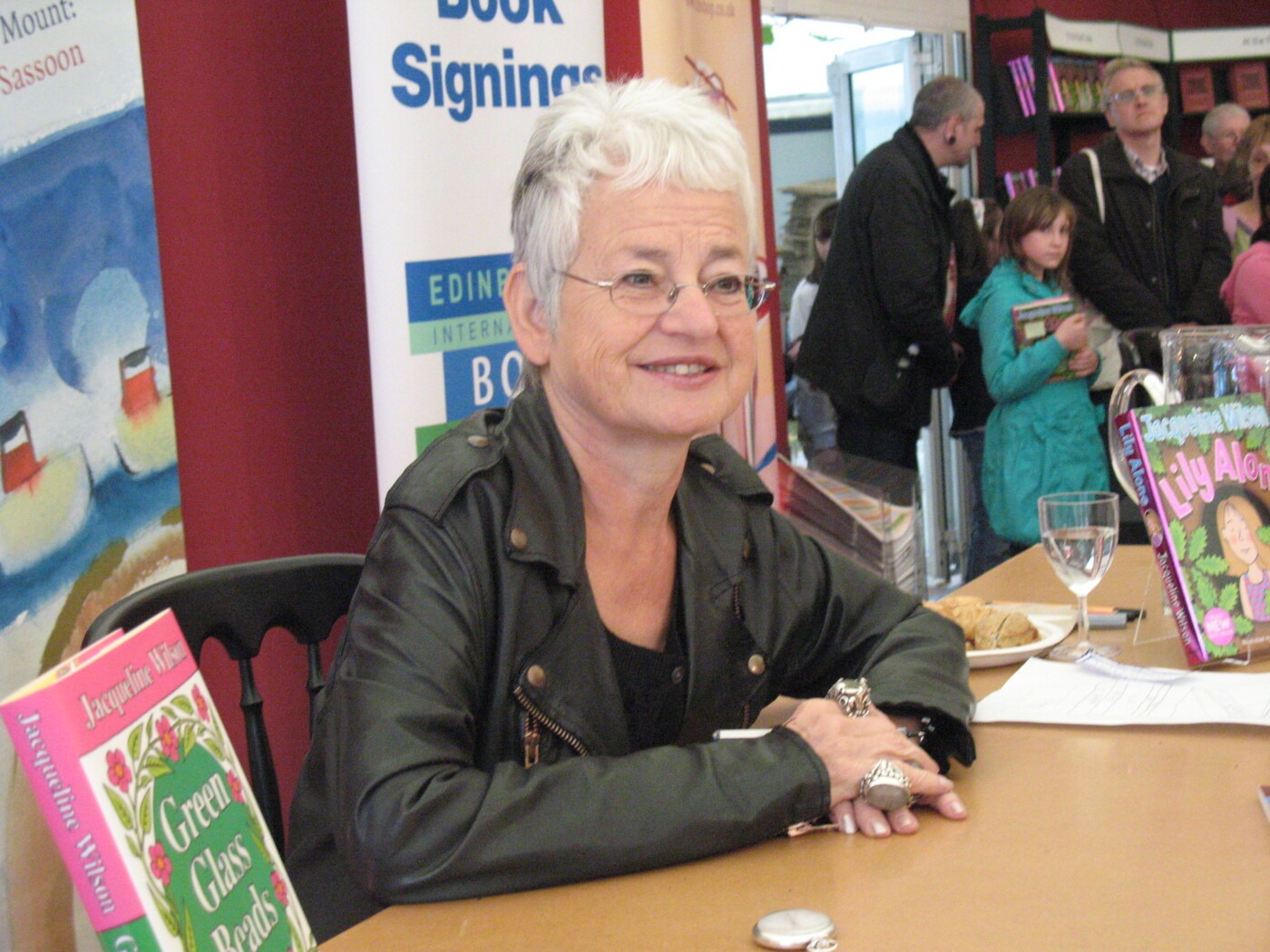 Why is Jacqueline Wilson so successful?

Last summer, following the release of her first ‘same-sex romance’ story, Love Frankie, I made the decision to re-read every Jacqueline Wilson book (or at least as many as I could get my hands on). I knew before I started that this would be no easy feat since Wilson has released over 100 books during her 50 years as a writer, but I was determined to see the challenge to its end. The author’s coming out had inspired me to reexamine the books that I had loved so much growing up, interested to see whether it was this similarity that caused me to identify with her stories, and I was pleased that most of them stood the test of time. I enjoyed some stories just as much, if not more than I did the first time around. While I didn’t manage to devour every novel, autobiography, and short story, (though I made it past the 30-book mark before finally petering out), I was able to work out what exactly made Jacqueline Wilson so successful as a children’s author.

Although she started publishing children’s books in the 1970s, Wilson didn’t write her most recognisable works (at least to me) until the 1990s, when she released The Suitcase Kid, The Bed and Breakfast Star, and Double Act. These stories included elements that are most synonymous with her writing, such as different family types and ‘working class’ characters, and which ultimately made her books popular.

The appeal of these stories is twofold: they’re relatable to children who live in similar circumstances, (…) and for children who don’t, it offers insight into other ways of life and creates a sense of empathy towards different people.

In The Suitcase Kid, the main character is a child of divorce (with stepfamilies on both sides) and feels misplaced as a result, living out of her ‘suitcase’ as the title suggests. Twins, Ruby and Garnet, also have a stepmother in Double Act, since their mother passed away before the novel takes place, and the developing relationship is central to the story. But The Bed and Breakfast Star is the poorest of the lot (in a material sense) as the family is forced into the nominal B&B after leaving their most recent council house. A lot of Wilson’s families live in council houses, on estates, or need welfare benefits in order to get by, but it’s never depicted as being shameful— just a fact of life.

To me, the appeal of these stories to young children is twofold: they’re relatable to children who live in similar families or circumstances, who both understand and feel understood by the characters, and for children who don’t, it offers insight into other ways of life and creates a sense of empathy towards different people. And since Jacqueline Wilson covers such a wide range of topics in her books, (as cliché as it is to say) there’s something for everyone. While some stories are about menial worries children have, such as fighting with siblings or a friend moving away, some have much heavier material, like living with a family member being chronically ill or being a victim of abuse. After I finished My Sister Jodie, aged seven years old, my mum actually had to hide my copy of the book because I was completely inconsolable.

I suppose that leads me to one of the biggest criticisms that Jacqueline Wilson receives, (even though it largely comes from old fans and isn’t always serious), which is that her books are “traumatising” for young readers. The subject of many Tik Tok videos or Twitter threads, the examples usually mentioned are The Illustrated Mum (which ends with the bipolar mother being sectioned after a mental breakdown and her two daughters being moved into foster care) and Dustbin Baby (which contains an array of triggering topics, from a teenage mother leaving her daughter in a bin, to several abusive foster homes, and a depiction of suicide that rivals 13 Reasons Why). While these books are marketed toward older readers, they were often mistakenly picked up by Wilson fans who were more familiar with her softer works. Both of these books, as well as Girls Under Pressure and Vicky Angel, could’ve definitely benefited from including a list of trigger warnings and I hope it’s something considered when they get reprinted. On the other hand, there are plenty of children who have experienced these circumstances firsthand and may have benefitted from seeing their experiences being represented. It may have made them feel less alone, especially if they’ve never spoken about their problems, or helped them process what they’ve been through. So, while I think it’s fair to argue that Wilson’s books can be distressing, it often ignores the sad reality that many readers can understand what these fictional girls were going through.

It’s also shortsighted when Black, Asian, and other minority ethnic groups are more likely to be in poverty, according to UK statistics, so why aren’t they included in Wilson’s countless stories about working-class families?

In fact, a bigger flaw in these books is the lack of representation, which sounds surprising after I’ve spent so long appraising Wilson for doing a good job with it. But while the author succeeds in many areas of representation, (including the disabled characters in The Worry Website and Sleepovers, who were ahead of their time in terms of positive depictions), there is one area where she fails noticeably: every single one of her main characters are white. Even in books where a character’s race could be ambiguous, Wilson’s close collaboration with illustrator Nick Sharratt makes it clear that they’re all canonically white. This is incredibly racist, especially when you consider how many books Wilson has written and the closest that a person of colour gets to being the lead is as ‘the best friend’ of a white girl. It’s also shortsighted when Black, Asian, and other minority ethnic groups are more likely to be in poverty, according to UK statistics, so why aren’t they included in Wilson’s countless stories about working-class families?

In spite of their shortcomings, it can’t be denied that Jacqueline Wilson’s books shaped an entire generation— it’s difficult to find someone around my age who hasn’t read at least one of her books, if not several of them, and can remember which one shocked them the most. I think the shock factor was actually part of the enjoyment for a lot of readers, something that translated to the screen when her most iconic character, Tracy Beaker, was adapted for CBBC. While I found during my reread that it was more than her queer-coded stories that attracted me to her novels, (although it was certainly a factor), I also loved some stories even more than I did the first time around. I understood them a lot better than I did as a child, picking up on some of the subtleties that a primary schooler would miss, and the sense of nostalgia made me love them even more. So, while I wouldn’t recommend attempting to read her entire bibliography, I do suggest that fans of Jacqueline Wilson revisit her books again, now that they’ve grown up themselves. Who knows? Maybe they’ll be even better than you remembered.