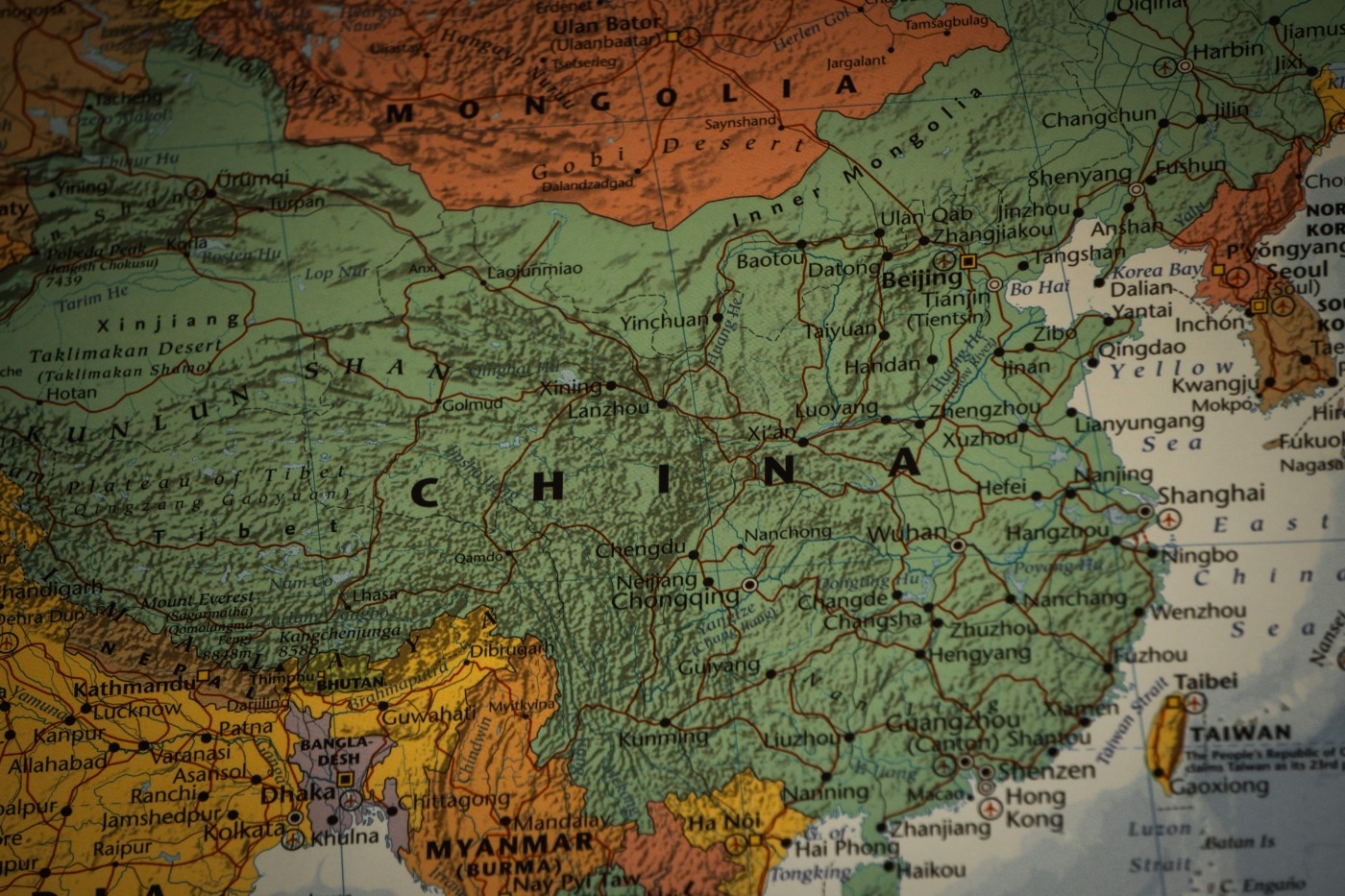 Why China-Taiwan relations are so tense

A common thesis in international politics states that when a rising power threatens the position of an existing hegemon, war is inevitable. So, when top American general Mark Milley stated that the US is watching China “very closely”as it develops the capability to attack the island of Taiwan, more than a few eyebrows were raised.

This ‘Thucydides Trap’, as this phenomenon has come to be known, has certainly held true throughout history. Athens and Sparta (as the namesake of this theory pointed out), Japan and Russia, and Imperial Germany and the British Empire are all examples of tensions between emerging and established powers bubbling over into all-out war. Such a conflict between the United States and China – two nuclear superpowers – would undeniably be catastrophic for global security.

Hostilities between the People’s Republic of China and Taiwan – officially the Republic of China – date back almost a century so naturally, the two countries have an interesting and complex relationship – one that cannot be fully explained in a brief summary.

Following the collapse of the last imperial dynasty of China in 1912, the nation was divided among regional warlords

Following the collapse of the last imperial dynasty of China in 1912, the nation was divided among regional warlords, most of which were unified under Chiang Kai-shek’s Kuomintang (Nationalist) government in 1926, establishing the Republic of China (ROC) in its modern incarnation.

After consolidating control, Chiang began purging his former Communist allies, eventually causing China to erupt once again into civil war, with a brief intermission wherein the two parties agreed to put their differences aside to combat the invading Imperial Japanese Army.

China emerged from the Second World War – after over a century of feudalism, colonialism and imperialism – divided between two factions: the Nationalists under Chiang Kai-shek, and the Communists, led by Mao Zedong.

Unsurprisingly, the Communists came out on top, expelling the Nationalists from the Mainland to the island province of Taiwan in 1950. Attempts by the Communists to cross the Taiwan Straits were blocked by the US, who, under the Truman Doctrine, sought to contain the spread of communism.

This situation led to today’s uneasy status quo – whereby two rival governments claim to be the legitimate government over all of China. Over decades, the People’s Republic of China (PRC) – the state established by the Communists in Mainland China – usurped the position of China in international institutions, notably taking the Chinese seat on the UN Security Council in 1971, with most countries switching to recognising the PRC (although with many still maintaining informal relations with Taiwan).

Fast-forward to today: Taiwan, now a democratic republic, has developed its own cultural identity, distinct from that of its Chinese roots, a process known as Taiwanisation. The Kuomintang now represents a distant second place in Taiwanese parliament, with President Tsai Ing-wen’s Democratic Progressive Party (DPP) promoting a unique Taiwanese nationality independent of China, and enacting sweeping liberal reforms, including becoming the first Asian party to legalise same-sex marriage.

However, despite being a de facto independent state, both the US and UK officially recognise Taiwan as a rebellious province of the PRC – and it is for this reason that Taiwanese athletes do not compete under the Taiwanese flag, but rather as the not-so-inconspicuous ‘Chinese Taipei’.

This explains why tensions between the two states are so high – but it hasn’t always been like this. Throughout the ‘80s and ‘90s, relations began to thaw: both countries adopted a policy of deliberate ambiguity over the legal status of Taiwan and began to communicate. The ROC allowed citizens to visit the Mainland, reuniting many families that had been separated across the Taiwan Strait for several decades. This culminated in 2015 talks whereby the leaders of the two countries agreed on a “one China” principle (with mainland President Xi referring to two peoples by saying “we are one family”) and established a direct hotline between Beijing and Taipei.

However, this precarious consensus was interrupted by a shift in public opinion in Taiwan from pro-reunification (represented by the Kuomintang) to pro-independence (represented by the DPP) – a position which seems unacceptable to the Chinese government.

Recently, tensions between Taiwan and China have been escalating with China sending incresingly more warplanes over Taiwanese airspace on “training drills”, causing the USA to prick up its ears. The balance of power in the world has changed significantly since 1996 – the last time China seriously threatened military action against Taiwan. China has secured itself the title of a world superpower, both economically and militarily, and is perhaps the greatest threat to the US-dominated Western liberal world order since the collapse of the Soviet Union.

President Biden has been resolute that any military action against Taiwan would be met by American defence of the island. This came after a journalist questioned his stance, given the United States’ lack of intervention in the invasion of Ukraine by Russia, another nuclear power. In reference to China’s increasing incursions into Taiwanese airspace, the President stated: “They are already flirting with danger right now by flying so close”.

However, a potential China-Taiwan conflict will greatly differ from the Russian invasion of Ukraine in several ways. First, whereas Ukraine was flirting with stronger relations with America (namely joining NATO), the US has a long-standing military alliance with Taiwan, and there is an established precedent that, in the event of a Chinese invasion, the US will intervene.

Secondly, the two situations are epistemically completely different. Russia invaded Ukraine under the guise of ‘denazifying’ the country and recognised two breakaway states as independent. Conversely, Beijing doesn’t recognise Taiwan as anything other than a rightful province of China with the country’s foreign ministry spokesman reinforcing: “Taiwan is an inalienable part of China’s territory… there’s no room for compromise or concession.” To the PRC, Biden’s statements are not in favour of protecting global security or even a nation’s right to self-determination, but instead, represent American meddling in Chinese internal affairs – roughly akin to China supporting the independence of a rebellious Texas.

Both factors make a potential war between the US and China far more likely than with Russia. In his statement, General Milley did say that while an attack on the island is by no means imminent, China has been developing the military capability to do so.

So, what are the possibilities – both in the short and the long term? Perhaps the most likely outcome is the continuation of the status quo. Beijing is no stranger to flexing its military might in an attempt to influence Taiwanese politics. The 1996 Taiwan Strait Crisis was a response to a Taiwanese Presidential election, and as the ROC moves closer to a position of Taiwanese independence, thus outright rejecting the prospect of a potential reunification, we might see Beijing start to become more overt with its military threats. However, risking a potential nuclear war with the United States would be extremely costly for the Chinese government.

If the PRC does decide to re-take Taiwan through force, the world would look to the US for their response. It’s been a long-standing axiom in international politics that two nuclear powers will never cross swords, which has only happened in limited border conflicts and not full-scale wars. However, Russia’s invasion of Ukraine has severely shaken up anything we thought we knew about global security. If the US backs down over Taiwan, it will calcify the precedent that a rogue nuclear power can aggress another sovereign country with impunity.

The Taiwanese people will continue to favour further Taiwanisation

What do the Taiwanese people think? According to a 2021 poll commissioned by the ROC government, only 7.6% of Taiwanese people stated that they support unification, whether now or in the future (although only 5.2% would approve of a Hong Kong-style “one country, two systems” model), compared to 31.6% of people who support declaring independence from China. 27.3% support maintaining the status quo indefinitely, with 85.8% supporting maintaining the status quo at least in the short term.

From this data, as well as recent elections, it seems that the Taiwanese people will continue to favour further Taiwanisation, continuing to distance their national identity from their ‘Republic of China’ namesake. Whether this will inflame already tense cross-Strait relations or whether a new status quo between the two states can be reached remains to be seen.

Contrary to common understanding, the Thucydides Trap is not inevitable. The doctrine of mutually assured destruction as well as the policy of detente prevented war between the United States and the Soviet Union throughout the Cold War. However, both the world and China seem to be at inflexion points. With China moving away from its isolationist position under its most powerful leader since Mao and Russia undermining everything we thought we knew about international security, the only thing we can do is observe.