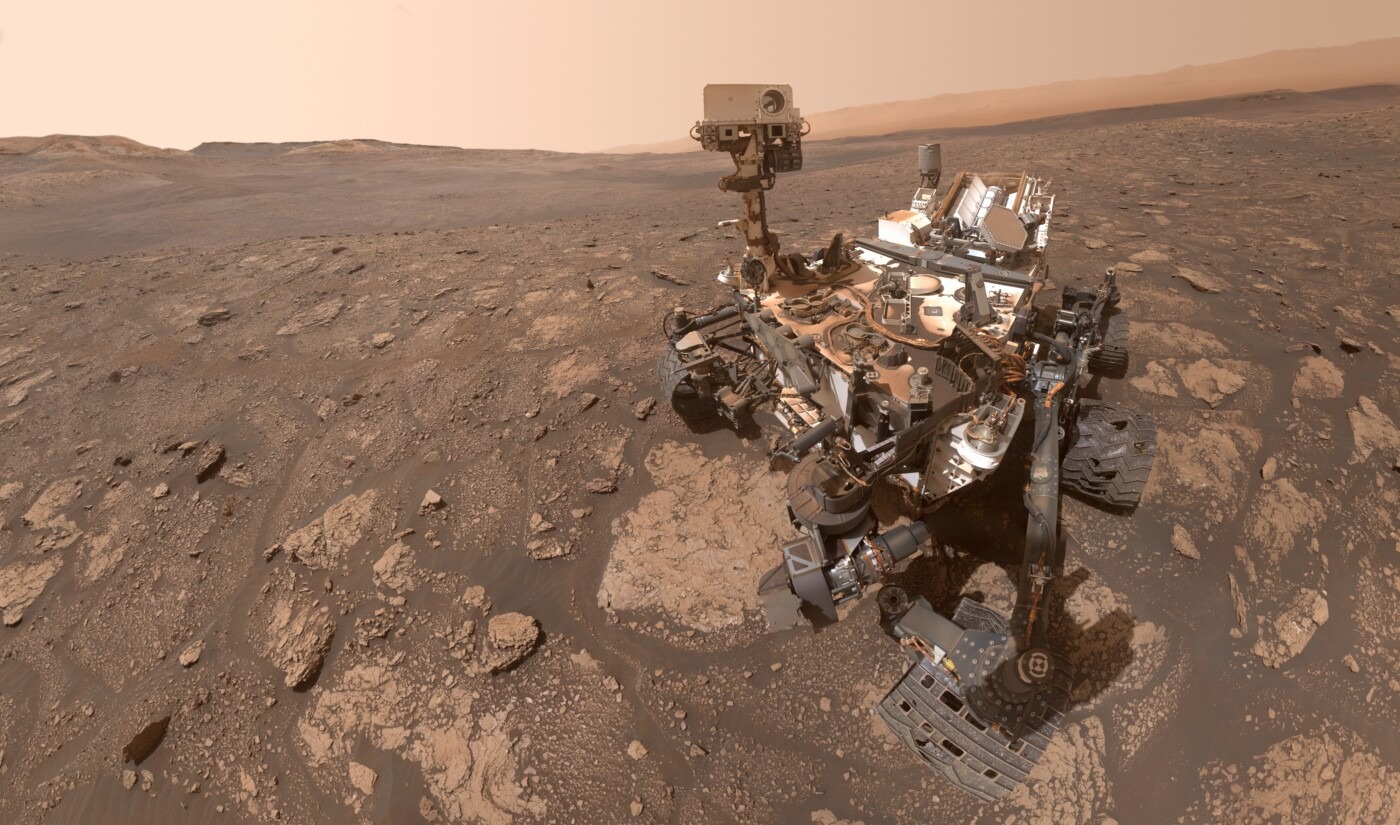 The 10-year scoop: What did the Curiosity rover achieve in its first decade?

In August 2012, NASA’s Curiosity rover became the fourth robotically operated vehicle to successfully land on Mars. Now, a decade later, as the rover celebrates its 10-year ‘landiversary’, NASA summarizes the achievements of one of the largest and most capable rovers ever sent to Mars. With 41 material samples collected, 494,540 images captured, and 883 scientific papers published with its data, the Curiosity rover has an impressive portfolio…

Launched on 26 November 2011, the Curiosity rover landed near Mount Sharp (or more formally, Aeolis Mons) in the Gale Crater over six months later. Since landing, the rover has been exploring the three-mile-high mountain and has climbed over 612m vertically. In total, Curiosity has driven over 282km on Martian soil, a distance equivalent to driving from London to York.

The Curiosity rover set out to answer the question: Did Mars ever have the right environmental conditions to support microbial life forms? The answer to this question, as found by Curiosity in the early stages of its mission, is yes! Beginning its journey on the floor of the Gale crater, a dried-out lake measuring 154km in diameter, Curiosity immediately found signs that liquid water and the chemical building blocks required for life once existed on the desert planet, albeit tens of millions of years ago.

Since then, Curiosity has begun the slow climb up Mount Sharp and has made its way towards Gediz Vallis – sulfate-rich canyon thought to have formed as water dried out from the lake. With each layer the rover climbs, new sediment is uncovered, and progressively younger rocks are observed, thus providing a record of more recent eras in Martian history. With this, scientists have been able to compose a story of the red planet’s evolution from the wet, habitable conditions of a youthful Mars to the cold desert conditions we know today.

Equipped with specialised drills and scoops, Curiosity has extracted 35 samples of powdered rock from the rover’s drill and scooped 6 samples of material from the planet’s surface and winds. After collecting rock, soil, and air samples, Curiosity processes these samples with two analytical laboratory instruments buried within its body.

The SUV-sized rover has an advanced array of 10 science instruments, 17 cameras, and a laser to vaporise and study small rocks at a distance. In 10 years of operation, the rover has taken almost half a million photos (including images of shining clouds and solar eclipses), and sent 3102 GB of data back to Earth. With an impressive collection of instruments and near continuous operation, Curiosity has enabled the publication of 883 scientific papers (as of August 2022), significantly advancing our knowledge of Martian climate and geology.

Curiosity had an additional mission objective: to prepare for human exploration

But the Curiosity rover has done more than just climb a mountain and scoop samples. In fact, one of the very first stages in the rover’s career had an incredible impact: the landing. Testing a completely new landing method, Curiosity was lowered to the surface of Mars via a tether attached to its spacecraft. The spacecraft itself descended to the planet with a parachute and, just seconds before landing, rockets were fired to allow the craft to hover whilst the rover was placed on its wheels and the tether was disconnected. This landing represented a significant step forward in Mars exploration as it demonstrated the ability to land a very large, heavy rover on the surface of the planet, even within a restricted landing zone of just 12.4 miles.

Furthermore, Curiosity had an additional mission objective: to prepare for human exploration. Radiation sensors on board the rover have allowed scientist to measure the amount of radiation future astronauts would be exposed to on the Martian surface. This data is helping NASA to ensure the safety of their astronauts and prepare for manned missions to the planet.

Initially commissioned for a two-year mission, the Curiosity rover has far surpassed expectations. In fact, just this year, the Mars Science Laboratory mission has been extended for a further three years to allow the rover to continue working amongst NASA’s fleet of astrobiological missions, despite showing signs of wear.

The challenges faced throughout the Curiosity mission have not been small or few. The drive to keep Curiosity operating has pushed engineers to develop new methods and technologies that have been, and will continue to be, implemented in future excursions.

Curiosity has paved the way for future Mars missions (both rover landings and manned missions) with an impressive set of achievements within its first decade. No one could blame you for wondering what more we’ll discover about our neighbouring planet in the years to come.

A proposed route for the Curiosity rover with highlighted regions of interest: