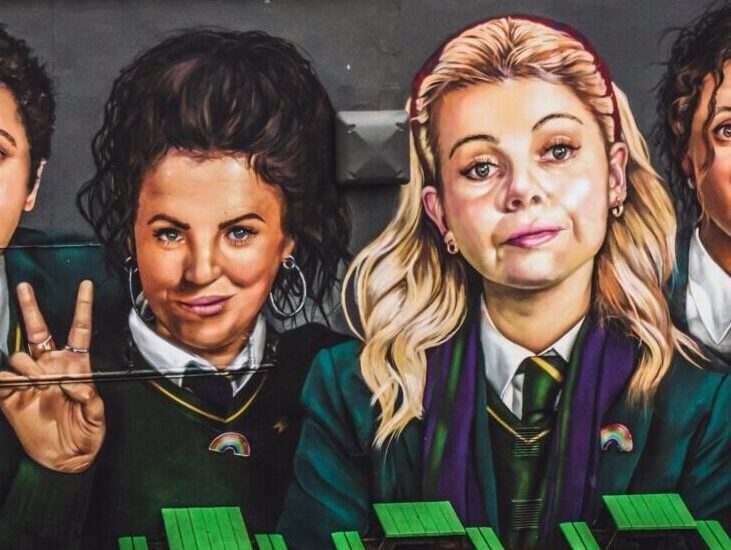 Privatisation of TV: Four or Against?

At the start of April, the Culture Secretary, Nadine Dorries, announced that the Government intends to push ahead with plans to privatise Channel 4. Voices across the Arts sector responded to this news with a mixture of bewilderment, confusion, and frankly cynicism as to the government’s reasoning. The simple fact is that Channel 4 is a cultural bastion, a financial success and, despite being publicly owned, does not cost UK taxpayers a single penny to maintain.

Channel 4 was created in 1982, with the purpose of representing Britain’s diversity through broadcasting. The Channel is publicly-owned but is self-funded through advertising revenues. This income is then used to fund further programming. Therefore, the Channel is not-for-profit – it is funded through its commercial activities, which it then re-invests in itself and in nurturing production companies across the UK.

The Government’s reasoning for privatisation is completely backwards

Over the last 40 years, Channel 4 has commissioned a wide variety of programming which has appealed to millions both in the UK and abroad. This includes hit films, such as Four Weddings and a Funeral, adolescent comedy series like The Inbetweeners, and reality-TV classics like Come Dine with Me. However, especially in the digital age, viewers are overwhelmed with blockbusters and comedy staples, with networks increasingly competing with the likes of Netflix and Amazon to attract audiences. Where Channel 4 really shines is the diversity and variety of programming that it is able to support. This is where the government’s reasoning for privatisation is completely backwards.

In justifying her plans for privatising the Channel, Dorries relied on classic neoliberal rhetoric, which emphasises “competition” above all else. It is the Government’s view that privatising Channel 4 will free it of the constraints of public ownership, allowing its new owner to raise capital more easily. This, in turn, is supposed to allow Channel 4 to compete with streaming giants like Netflix and Amazon, and in the words of one government source, privatising Channel 4 will ‘remove its straitjacket’. Following an ideology of market fundamentalism, the government seems to believe that turning it over to the highest bidder will expand its output instead of limiting it.

It has published a wide variety of programming

Rather, privatisation will limit the channel’s output to content which is clearly ‘profitable’. Channel 4, in not having to answer to shareholders as to why it is not maximising profit, has enjoyed a unique position in broadcasting. It has published a wide variety of programming that appeals to a diversity of groups across the UK and abroad. For example, the now hugely popular, It’s a Sin, depicted the lives and struggles of gay men in the UK throughout the 1980s under the shadow of the AIDS crisis, yet it was rejected by the BBC and ITV. This was due to its difficult subject matter – however, Channel 4’s not-for-profit publisher-broadcaster status enables it to take risks on programmes that other channels reject. It’s a Sin was not only hugely impactful in exploring the AIDS crisis and the normalisation of gay men on television, but also prompted a significant upsurge in HIV testing. Without a channel which was able to represent these marginalised voices, the UK would be both culturally and physically deprived.

If Channel 4 is handed over to private hands, these risky productions will be cut. This means both in subject matter – whether that is tackling a difficult subject or highlighting marginalised experiences. Indeed, it’s likely that Channel 4 would have to move away from commissioning programming from smaller companies – which will affect the livelihoods of up-and-coming creatives and stifle the growth of new talent across the UK. Furthermore, the channel would most likely begin producing programmes ‘in-house’, in the style of Netflix. This would cut costs significantly, but it would also limit the creative diversity which has made Channel 4 an internationally known brand.

Channel 4 has taken risks that other channels couldn’t

Privatising Channel 4 will not free the channel, it will restrict it. Throughout its history, Channel 4 has taken risks that other channels couldn’t. Removing its unique not-for-profit status will stifle the breadth and depth of creativity in broadcasting and the arts across the UK, especially affecting the lives of unproven creatives.

Hearing that the government is pushing ahead with this policy may foster a sense of dismay: it will not only harm the channel, but harm the UK’s creative scene, and harm the UK’s production of cultural works. However, it isn’t inevitable. This channel belongs to the public – in order to make this disastrous move, the Government will need to get a bill through Parliament. Hopefully, with robust scrutiny and strong rebuttals of their case, the bill can be rejected. With enough public pressure on our representatives, Parliament could act to protect this British institution. This channel belongs to the public, as does the responsibility for protecting it.