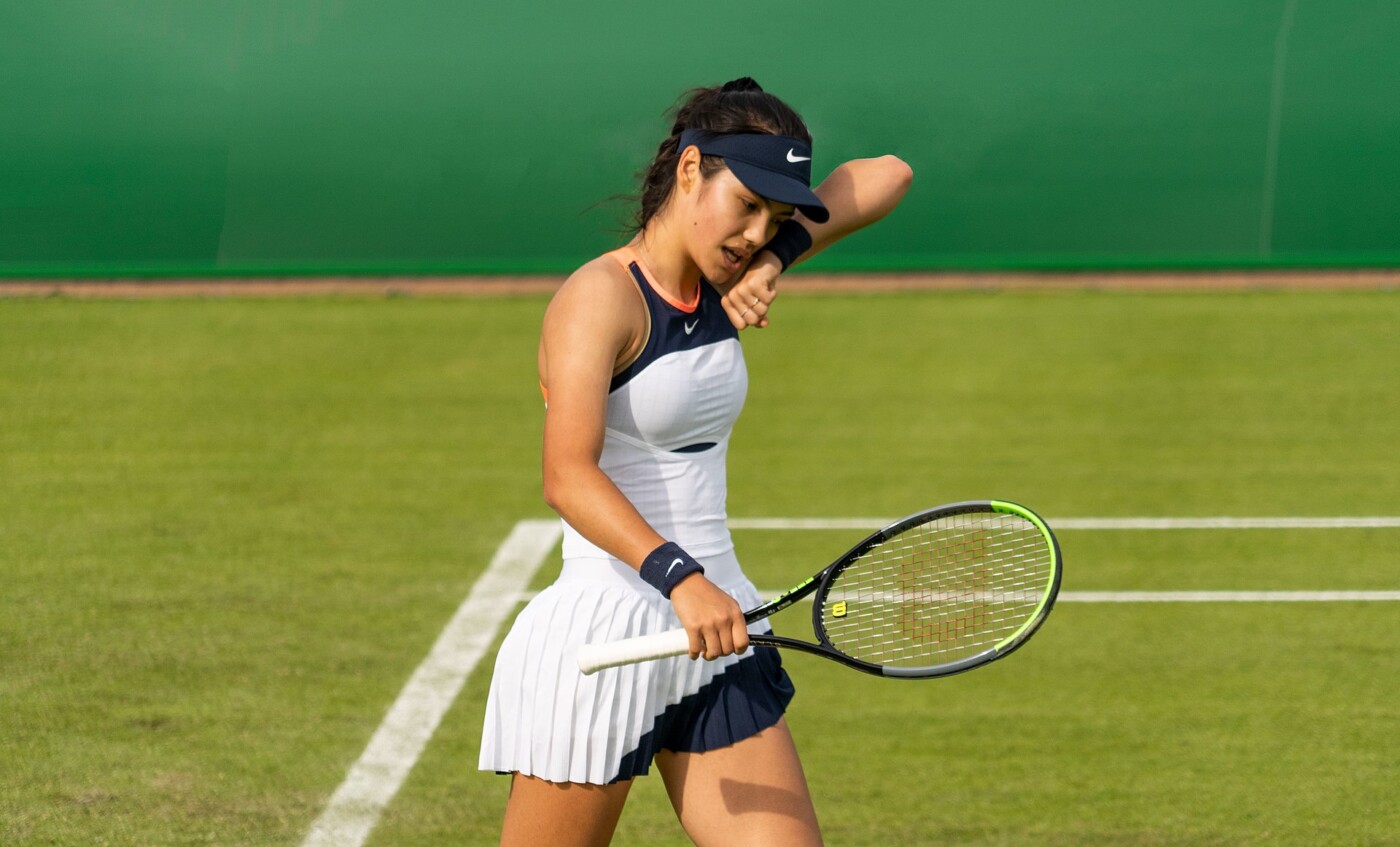 Emma Raducanu will shortly begin the defence of her spectacularly earned US Open crown. This will mark an incredible 12 months of change in almost every facet of the life of the 2021 BBC Sports Personality of the Year winner.

Her tennis since last September has hardly been plain sailing as a result. Her latest appearance, at the Citi Open in Washington, ended in defeat to world no. 60 Ludmilla Samsonova 7-6 (6) 6-1 in the quarter-final stage, leaving her 2022 record comprising of just 10 victories and 13 defeats.

It is time to reflect on the many changes in the last year for Raducanu, and the turbulence this has inevitably created as a result. Everything ranging from persistent blisters, sickness, injuries, external pressure, media scrutiny, brand deals and a revolving door policy to coaches that have completely transformed her circumstances going into this year’s US Open.

To appreciate the extent of the change Raducanu’s life has undergone in the last year, it is important to understand just how truly miraculous her victory in the 2021 US Open was. Raducanu only began playing tennis fully professionally in June 2021.

She was the first qualifier – male or female – to win a Grand Slam tournament in the open era (beginning 1968). This feat is only made more astounding by the fact she did it without dropping a single set in the 10 matches she played and won.

At the beginning of 2021, Raducanu was ranked 355th in the world and rose to an incredible 23rd by the end of the US Open.

These stats and accolades indicate not only the sheer improbability of her tournament victory in the US Open, but also the absence of expectation for her to do so as a result.

Raducanu played the tournament with virtually nothing to lose, and with relatively few eyes watching until the last few rounds. This was a luxury which ended even before she lifted the championship trophy.

Certainly, recognition for her remarkable achievement was abundant as by the end of the year she was awarded an MBE, the Sunday Times Sportswoman of the Year 2021 and WTA Newcomer of the Year among other esteemed accolades.

This incredible success was shortly followed by a sudden and incredible volume of pressure to maintain such high standards, the weight of which on the shoulders of someone who only turned 19 in November is unimaginable.

The difficulties following this were arguably most visible in the differences between her Wimbledon campaigns in 2021 and 2022. Making her Grand Slam debut at the tournament in June 2021, and almost completely unknown, Raducanu became the youngest woman ever to reach the round of 16 in the tournament.

She retired in the second set of her fourth-round match against Ajla Tomljanović because of breathing difficulties and sickness. By June 2022, Raducanu had frequently been spotted off-the-court in advertisements for almost a dozen different companies: Nike, Wilson, Dior, Tiffany & Co., Dior, British Airways, Evian, Vodafone, Porsche and HSBC.

There was even a colossal billboard of her towering above the entrance to Wimbledon train station. It is therefore understandable that Raducanu was unable to play with the same degree of ‘nothing-to-lose’ freedom she had last summer this time around, as the British public and ceaselessly scrutinous media watched her exit in the second round to Caroline Garcia.

What’s more, monumental pressure has not been the only problem facing Raducanu over the past twelve months. Predating her US Open success and widely criticised by the media and the tennis world in general, Raducanu and her father have a policy of frequently changing coaches, which has often left her without one for several tournaments.

Her new coach, Dmitry Tursunov, is her first since Torben Beltz in April, and her fourth coach in just over a year. He even previously commented on her coaching situation: “If someone from her team called me now and asked if I wanted to train her, I would tremble with fear because you don’t know when you will be fired.”

A lack of a single consistent coach and source of advice on the court may have acted as a further absence of an anchor for Raducanu over the last 12 months.

Furthermore, Raducanu has been plagued with injuries, illness and persistent blisters since the US Open last year. Her bout of Covid-19 alone kept her out of an exhibition match at the Silicon Valley Classic and the Melbourne Summer Set.

She attributed her second-round defeat to Danka Kovinić to a painful blister on her right hand. Raducanu has been so badly affected by blisters that there have even been suggestions of her being allergic to her racket.

Other injuries have forced her to retire in the first rounds of Alberto Zapopan, the Italian Open and the Nottingham Open, and kept her out entirely of the Monterrey Open. These persistent physical problems will have only created further disturbance in a year of constant change for Raducanu.

Winning a single Grand Slam was never going to be a guarantee of uninterrupted success to follow for Raducanu, and thus far it hasn’t. However, this shouldn’t serve as a source of panic for her fans.

She has experienced an incredible degree of change and turmoil on and off the court, with pressure, changing coaches, injuries, illness, awards, brand deals and even having to take out a restraining order against a stalker as part of her sudden thrust into the exposing spotlight of fame.

Ultimately, whether she repeats the feats of her US Open success last year is of relatively little consequence. Raducanu deserves the time to fully adjust to her new life and become better bedded into her professional tennis career, which she is only just a year into, and which may last two decades.