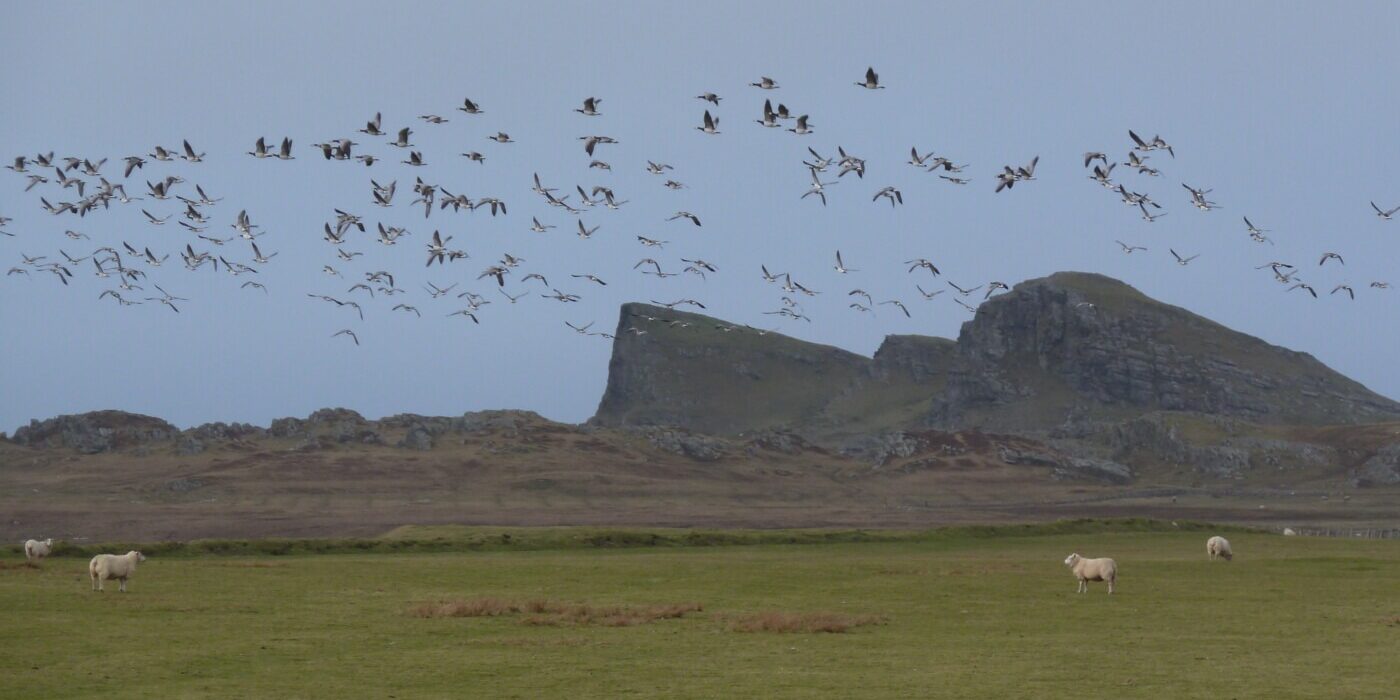 My summer off the beaten track: a Hebridean adventure

Travel writer Paul Theroux once wrote that it’s impossible to understand a place ‘without seeing its underside, its hinterland, its everyday life’. Working in a hotel on the Inner Hebrides as I did last summer was, I think, one way of seeing such a hinterland.

I must clarify that I didn’t originally plan to work in such a remote part of the UK. In the aftermath of the pandemic I felt drawn to Scotland, and thought that working in Edinburgh would be a good way to attend the Fringe Festival when I didn’t have the money for a fully-fledged holiday. So I sent my CV to hotels, restaurants, and bars, largely unprepared for any specific questions. My first interview was with a woman called Alexandra. “As you will have guessed, island life doesn’t suit everybody,” she said. The rest of the interview was spent masking my shock and maintaining that being on an island was exactly why I had applied.

I arrived on Islay one morning in July, and the mist cleared as I cycled from a port on the island’s northern flank

As it transpired, I had applied to a hotel that overlooked a bay on the Isle of Islay, just opposite Jura, the latter famous for its association with George Orwell. The two islands could not have been more different. Jura is rugged and bleak, a single road stretching up its side like an artery. Islay is comparatively flat and lush, its infrastructure well developed to service the panoply of distilleries for which it is famed.

I arrived on Islay one morning in July, and the mist cleared as I cycled from a port on the island’s northern flank. After a steep climb, the road levelled out through dense, stunted woodland. A local pulled up alongside me and described the way to the main town, Bowmore, though I hardly needed directions. The woods fell away, the wind picked up, and purple hills beckoned, heather stretching out into the distance.

Beyond Bowmore, a plateau stretched to the white, gleaming hotel. The last few miles were spent cycling into an almighty headwind, and I staggered into the reception, drenched in sweat. “Hello”, I gasped, “I’ve got a job here”.

I wondered whether the first distilleries were created against the ubiquity of the midge. In the days before DEET, perhaps the best medication was a healthy dose of denial?

The next few days passed in a blur of unfamiliar faces, interspersed with walks along a nearby beach and evening drinks on upturned crates. Several of my co-workers appeared to have taken up smoking for the sole purpose of keeping away midges, and I could hardly blame them. The vast, empty skies of the Hebrides were not so easily appreciated with sore-covered ankles, hobbling about like a victim of some terrible disease. I wondered whether the first distilleries were created against the ubiquity of the midge. In the days before DEET, perhaps the best medication was a healthy dose of denial?

At first, I was sharing my caravan with a Glaswegian rugby player, but he moved out after a couple of weeks. Perhaps my rabid dog impressions weren’t appreciated. His replacement, a jovial undergraduate at Newcastle University, was at first quite disorientated but settled in quickly. His arrival provided a fresh perspective on the hotel, articulating my nascent thoughts on how the Hebrides, though visually stunning, do have a slightly odd, insular environment. In the vastness of space, communication becomes more subtle. A slight turn of the cheek or an almost imperceptible hardness of tone transfer myriad messages, and understanding this subtlely takes time.

“Jude!” he said one evening. I grunted an acknowledgement through sleep-deprived eyes, exhausted from another round of afternoon golf. “It’s kind of weird here, isn’t it?”

Yeah. It was kind of weird. When you adjust to new places, time seems to slow down, routines and comforts thrown in the air. It takes time for new routines to arise in their place. And my new routine went as follows: I would wait tables in the morning, before biking off to swim in the afternoon. Sometimes I’d visit an adjacent caravan for a cup of tea, or to offer helpful advice to a blond Edinburghian with a chaotic love life. Apparently, he thought I was in a good position to offer sage tips on how to manage affairs of the heart.

Islay is utterly pristine, combining the space of the Hebrides with a glorious abundance of cafes […] but adventure beckoned

The morning shift, preferable because it left the afternoon free, did admittedly come with certain pitfalls. The breakfast chef, for instance, was slightly psychotic, no doubt a consequence of working 80-hour weeks since the early spring. Thin, with piercing blue eyes and a scar running down the side of his neck, his perpetual rage contrasted with his friendliness outside of the kitchen. Otherwise a nice chap, serving eggs Benedict seemed to turn him into a full-blown maniac, hurling incoherent abuse at staff, customers, and even the odd seabird passing by the window.

By mid-September, my time at the hotel came to an end. Islay is utterly pristine, combining the space of the Hebrides with a glorious abundance of cafes. There are also a lot of golf courses, and beyond that, some of the most well-known distilleries in the world. But adventure beckoned. As a fitting end to the summer, I decided to hitchhike the Outer Hebrides with my caravan-mate. After boarding a ferry to the mainland, psycho-breakfast-chef, the glistening hotel, and the various friends I’d made all disappeared into the mist from whence they had come. Quite poetic, I thought.