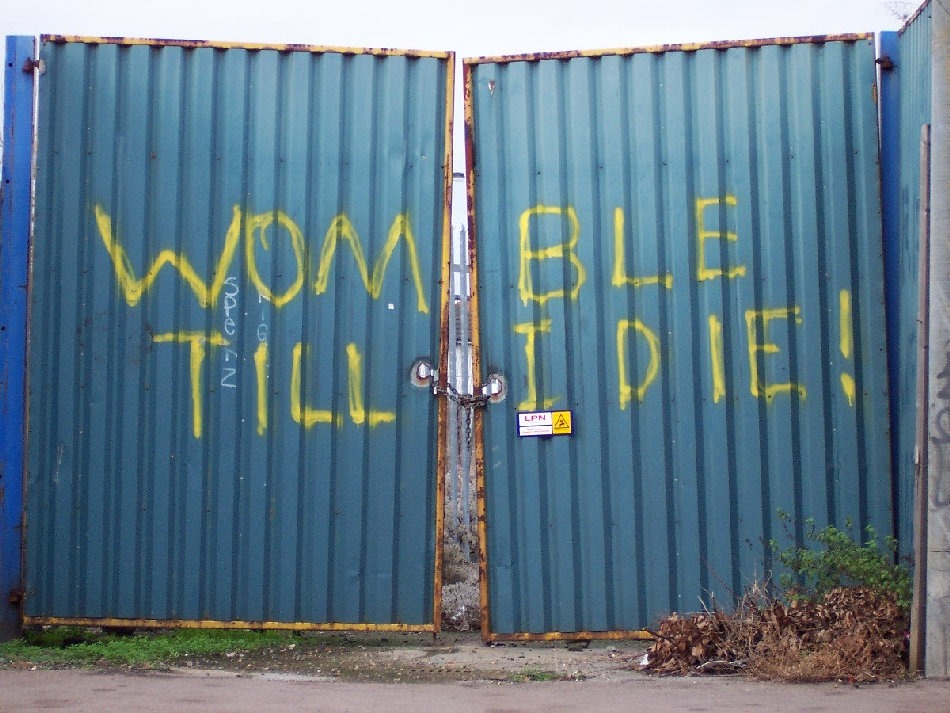 Why are Wimbledon’s home shirt and away shirt the same colour?

The away kit reveal of an out-of-form league two club often fails to cause much outrage or discussion but the return to dark blue for a club with “football’s greatest story” harks back to an important and often forgotten history.

The year is 1988 and Liverpool have been crowned as champions of the Premier League. A team of icons including John Barnes, Alan Hansen and John Aldridge only lost two games over the entire season as they dominated the league. This unsurprising domination of home turf has led them to be favourites to complete the double on the hallowed turf of Wembley.

The two towers of Wembley would also be visited by a far less known South London team by the name of Wimbledon FC. The ‘Crazy Gang’, as they were dubbed, had only entered the football league ten years previously, and the Premier League even more recently, yet here they were facing off against one of the strongest English teams of all time.

Although many dubbed this the Crazy Gang vs the Culture Club, the Dons emerged victorious, with Chelsea legend Dennis Wise assisting a Lawrie Sanchez header and Dave Beasant responsible for the first penalty ever saved in the competitions final. John Motson’s claim that it is a “weird and wacky world when you come from Wimbledon” alongside that shock upset went down as one of the most iconic moments of the FA Cup’s iconic history.

However, by 1991, just three years later, the Wombles had left their iconic (and by all accounts decrepit) Plough Lane stadium and were forced to share grounds with fellow South London club Crystal Palace. This change was accompanied by a change in strip from their classic bright blue, more familiar to top six fans of Chelsea, to a much darker shade of blue.

Over the coming years the Dons challenged these classic giants of English football home and away, beating United, Arsenal, Liverpool, and Chelsea consistently and earning a reputation as a staple of the brand-new Premier League. Players like Vinnie Jones, Jon Fashanu and John Hartson were standout players as the Dons challenged towards today’s European spots.

These glory days unfortunately wouldn’t last long. The club’s controversial owner alongside numerous shady dealings meant the club was forced to move 60 miles away to Milton Keynes. The fans protested extensively, leading to the lowest recorded Premier League attendance to this day, but money spoke and the large corporate entities backing the move meant that there was the first franchising of a football team in British history. The fans mourned the death of their football team as corporate money once again beat out the will of the fans.

With the club stolen from the area and its fans robbed from seeing their football team, they decided to form a new club. AFC Wimbledon were born with trials occurring in a local park, beginning their journey in the ninth tier of English football. Playing back in the blue and yellow they had worn in the FA Cup final just a few years prior, the Dons became the fastest growing team in Europe.

A run of five promotions in nine years culminated in another final – the National League Play-Off Final. More penalty heroics – this time from Seb Brown – meant that the fans who had their club ripped away from them had finally regained a Football League Team.

Ten years since that National League Play-Off victory, the Dons still find themselves in League Two after getting relegated last season. The decade has still been enjoyable for Wimbledon fans, however – a brief spell in League One included another memorable Play-Off victory, a famous win against West Ham in the FA Cup and a couple of dismantlings of the floundering franchise in Milton Keynes.

This culminated in the emotional return to Plough Lane. 30 years after being forced out of their ground, the Dons moved back to the stadium that they had called home for much of their history. This regaining of the past and the club that had been taken from them is signified in this return to dark blue.

While only an away shirt, the option for Wimbledon fans to return to wearing the colours of Wimbledon’s glory days may be seen as an odd choice for some but it will no doubt be a hit with the fans of the South-west London outfit. This option of having both kits in blue demonstrates the fractured history of the club and the damage that monied interests have had on this fanbase and their community.

While many may sneer at a club playing both home and away in blue, many in the weird and wacky world of Wimbledon will be delighted to be back in the football league, to be back at Plough Lane, and delighted to finally see those colours return to their spiritual home.