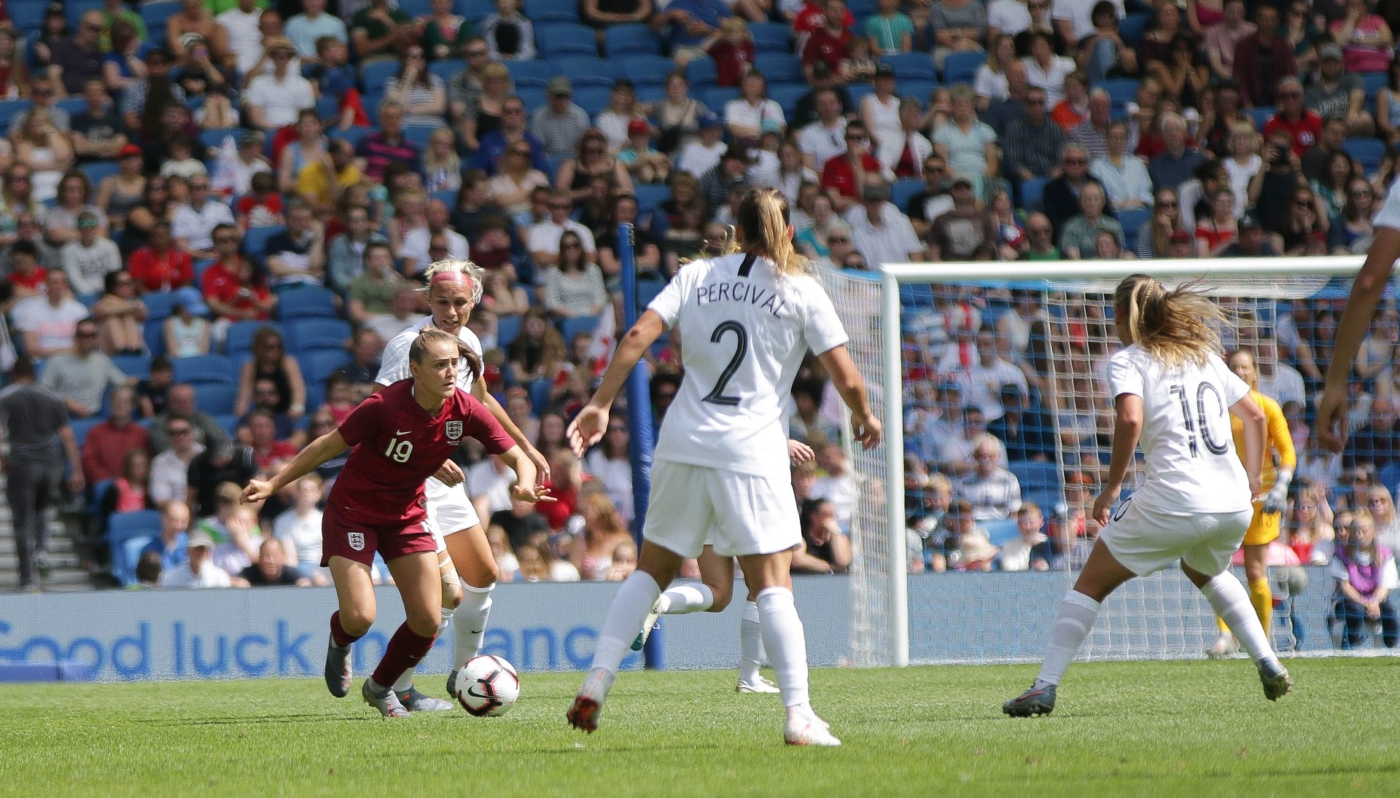 It was an ecstatic conclusion to England’s Euro 2022 quarter-final clash with Spain, as the Lionesses fought back from 1-0 down to claim victory after extra time.

A stunning hit from Georgia Stanway was the difference between the two sides, as England become one of, if not the favourites for the trophy.

Both sides had opportunities to go ahead in a goalless first half, but it was Spain who drew first blood, after Athenea del Castillo scythed through England’s defence before squaring to Esther Gonzalez, who easily slotted home.

After the opener, Spain looked in control, with del Castillo continuing to cause England all kinds of headaches down their left flank, but Sarina Wiegman’s response to the goal was crucial. Her triple substitution to bring on Chloe Kelly and Manchester United duo Alessia Russo and Ella Toone proved telling.

Kelly was the first to worry the Spain defence, as her ball into the box ignited a frantic game of pinball before Lauren Kemp fired over the crossbar.

After a great deal of pressing, it was the United pair that drew England level in the 84th minute of the game. Russo nodded a cross down to her teammate, Toone, who volleyed it home past Sandra Panos in goal.

The stadium erupted as Toone sprinted over to the corner flag, but the work was far from done.

The equaliser forced extra time, and six minutes in, it was former Manchester City woman Stanway who truly brought the house down.

The new Bayern Munich signing, who had been kept at bay by a well-drilled Spanish midfield for most of the game, was given time and space to break forward. With the Spain defenders backing off more and more as she bore down on the box, Stanway gladly accepted the invitation to shoot, letting fly from 20 yards.

The ball moved in slow motion as it arrowed into the back of Panos’ net, sparking delirious scenes of jubilation as Stanway sprinted for the corner flag.

Spain pushed for an equaliser, going close through Amaiur Sarriegi’s deflected shot, but there was nothing more they could do to prevent England advancing to their fourth semi-final of a major tournament in a row.

The reaction from Wiegman and the bench at full time emphasised just how big this win was, with all the substitutes sprinting onto the pitch the second the whistle was sounded, and Wiegman passionately shouting into the camera.

This was the biggest test England have faced thus far this tournament – conceding and going behind for the first time this summer – and their response was outstanding.

At the time of writing, no other quarter-finals have been played, so as it stands, England will meet either Sweden or Belgium in the last four. Given the nature of this victory, morale will be high going into their next challenge.

It’s going to be difficult, no doubt, and even putting these words in writing feels like a jinx, but maybe, just maybe, football could finally be making its way home.