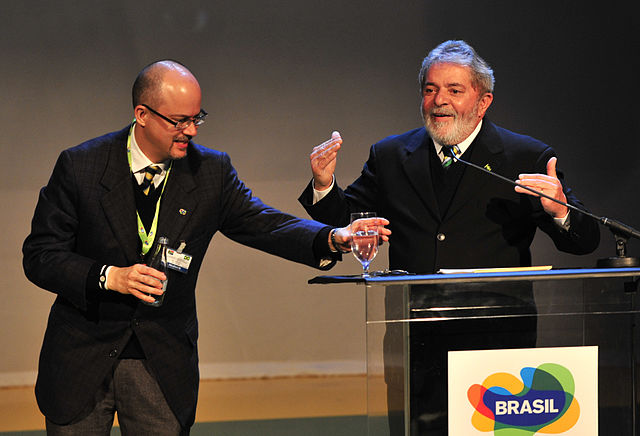 Lula can and must break Brazil’s decade of stagnation

Obama called him “the most popular politician on Earth”; he left office with an 83% approval rating, and now, he wants his job back. Lula’s ability to seek electoral office once more, hindered as a result of his corruption charges, was given an unexpected boost when courts annulled his convictions, clearing the way for him to contest the presidential election. After riding a wave of widespread dissatisfaction with the political establishment to win the 2018 presidential election, incumbent Jair Bolsonaro’s hopes of re-election are unlikely to succeed. Poor governance that has burnt up swathes of the Amazon rainforest and led to horrific handling of the Covid-19 epidemic has given the popular leftist the edge in winning this year’s election. The main question that many on the international stage have, is what a Lula presidency would actually mean.

An obvious starting point, therefore, is the effects and legacy over his first two terms in office. Over his premiership, the nation’s middle class rose dramatically by 29 million whilst around 20 million were lifted out of poverty. The results were remarkable for a president who took office the year after the country required a record IMF bailout. The Bolsa Familia cash transfer he established was, in addition to rises in the national minimum wage, lauded as a “new lesson for the world” regarding poverty relief. Silva managed this, ultimately, through a relentless focus on economic growth. As a result, growth each year under Silva was double as fast as in the last twenty years, handing down an economy set to be the fifth-largest in the world by 2016 with controlled inflation and low unemployment.

Of course, no one should be under any illusions that Silva’s two terms provided a panacea for Brazil’s structural problems. The nation still suffers from poor education and tax systems whilst infrastructure lags behind other economies of its size. Meanwhile, Lula certainly benefited from the commodities price surge that provided significant revenue for his anti-poverty programmes and China’s 10% yearly growth rate, which gave Brazil a large export market to tap into. Nevertheless, to disregard his achievements in the light of global economic circumstances would be folly. As already stated, in his first term in office, he faced the economic fallout of the Russian financial crisis and IMF bailout, which were far from fortunate for an incoming leader. Yet, his relentless focus on delivering growth and fiscal discipline whilst maintaining an approach based on social justice was a real achievement for his administration and certainly something the country has lacked since he departed office, which has, in the years since, seen its per-capita income fall by about 20%. In fact, under Bolsonaro, inflation and interest rates have risen sharply and growth has been slow, a stunning fall for one of the BRICS and rapidly-developing countries on the world stage.

However, Lula doesn’t just bring his experience and achievements in office, but a serious, necessary programme for the years ahead. Unlike the current administration, he’s committed to recognising the climate emergency and developing a cleaner, greener economy. By protecting the environment and developing clean energy, Brazil’s economic fortunes are, in fact, likely to improve, attracting ESG finance from across the world that have been put off by the highly anti-conservationist approach of the Bolsonaro government. Not only is this good economics but, of course, good climate policy too, given the Amazon’s vital role in the global fight to reduce emissions. Lula has acknowledged that, pledging to aggressively reduce deforestation and regarding “the preservation of the Amazon a top priority”.

There is reason for hope, based on his record and promises, that Brazil’s decade of malaise and stagnation could be coming to an end

Meanwhile, he’s sought to mobilise progressive voters with a clear, familiar message to those elsewhere in the world, focusing on promises to “tax the rich” and to “put the poor in the budget”. This may sound like unrealistic, leftwing campaign slogans to some conservative commentators but it is fundamentally a fair and prudent thing to do, especially in Brazil. The nation currently generates almost 44% of its tax revenue from consumption taxes which regressively tax more from the poor than the well-off, making Brazil’s tax code a profoundly unfair one for the nation’s around 25 million still living below the poverty line. In fact, under the current president, those suffering from hunger have almost doubled since 2019 and rough sleepers in São Paulo have risen by 30% since 2020.

Far from a perfect candidate, Lula is set to win the upcoming elections based heavily on his residual popularity with voters and dissatisfaction with Bolsonaro’s record in office. However, there is reason for hope, based on his record and promises, that Brazil’s decade of malaise and stagnation could be coming to an end.