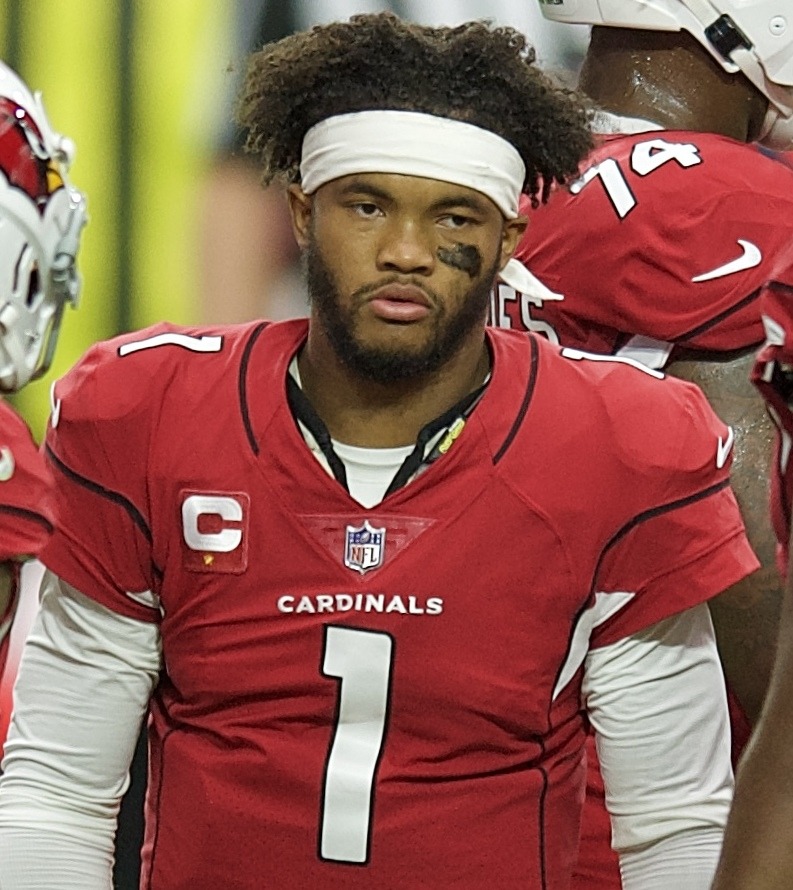 The Arizona Cardinals have extended quarterback Kyler Murray’s contract until 2028. The 24-year-old receives a total of $230.5 million over five years, giving him an average per year of $46.1 million.

At $46.1 million per year, the Cardinals have made the Pro Bowler the second-highest paid quarterback in the league. Only the Green Bay Packers’ NFL MVP, Aaron Rodgers, is receiving more per year ($50 million). The Kansas City Chiefs’ Patrick Mahomes signed an extension that sits at $45 million per year (over 12 years).

The extension also frees up over $4 million in cap space for the 2022 season for the Cardinals.

Murray is entering his fourth year in the NFL, and rumours had previously circulated that he would refuse to play without long-term contract security. Some had even speculated that the Cardinals would opt to trade Murray if his contract demands were too high.

Such rumours proved meaningless, however, as the Cardinals have now secured their long-term future with Murray, a former first-overall pick.

Drafted in 2019, Murray was one of the most dynamic quarterback prospects in recent history. The team had already drafted a first-round quarterback in 2018 (Josh Rosen) but opted to gamble on Murray.

The former Oklahoma Sooner heralded a new generation for the Cardinals. The 2018 Arizona Cardinals were historically bad, and so an overhaul in 2019 made sense. They hired head coach Kliff Kingsbury, a unique offensive mind who was a long-time admirer of Murray.

In essence, Kingsbury’s entire system and team are built around the skillset of Murray – their two paths are interconnected. Given that Kingsbury was handed an extension earlier in the off-season, it should thus come as no surprise that Murray has also been extended.

Not to mention, the former Heisman winner is among the top young quarterbacks in the NFL and considered by many to be a generational talent. At the start of the 2021 season, Murray was a top MVP candidate before his season was hampered by injury.

Some critics have argued that Murray is yet to earn such a large payday, however. The 2021/22 NFL Playoffs saw Arizona bow out in the first round. Murray was largely stifled and failed to generate any momentum offensively, leading to some questioning his ability to win in clutch games. As a young quarterback, he has time to prove the doubters wrong though.

Murray’s huge extension undoubtedly impacts the upcoming quarterback extensions. The 2019 MVP Lamar Jackson is next in line. 2021’s Comeback Player of the Year Joe Burrow and 2020’s Offensive Rookie of the Year Justin Herbert are due to be extended in 2023.

One thing that owners and fans can be relieved about is that Murray’s contract is not fully guaranteed (he is not guaranteed all the money, a lot of it is incentive-based). This contrasts from Deshaun Waston’s contract earlier this off-season. After trading for Watson from the Houston Texans, the Cleveland Browns handed Watson a five-year $230 million contract, which was fully guaranteed.

Following Watson’s fully-guaranteed contract, many commentators believed that quarterback contracts would allow players to leverage more security and ask for more guarantees. This has not been the case with Murray, however, who earns $105 million upon signing the deal (as opposed to the full $230.5 million).

With Watson’s contract not impacting Murray’s extension, it should be expected that subsequent quarterback contracts/extensions will also not be fully guaranteed.

Some pundits also believed that the Cardinals would be reluctant to give Murray a long-term deal, but rather keep it slightly shorter due to the injury concern. Murray’s 2020 and 2021 seasons both saw him pick up knocks in the second half of the season. However, Murray’s five-year deal has proved that the team are comfortable trusting him to stay healthy.

This will likely give Jackson more leverage in his negotiations with the Baltimore Ravens. Like Murray, Jackson is considered a ‘dual-threat’ quarterback – that is a quarterback who is athletic enough to run as well as throw. What differs, however, is that Jackson’s style is far more aggressive, leading to a higher risk of injury. In 2021, Jackson suffered several injuries that ultimately derailed Baltimore’s season.

Many have pointed to Jackson’s playstyle as the reason the Ravens have been stalling on contract negotiations. However, with Murray suffering a similar frequency of injuries, the former Louisville Cardinal now has leverage to ask for a long-term contract like Murray.

Of the quarterbacks that are expected to be paid over the next two seasons, Jackson, Burrow and Herbert will all be given bigger contracts than Murray. It is unlikely that any of them will be fully guaranteed though.