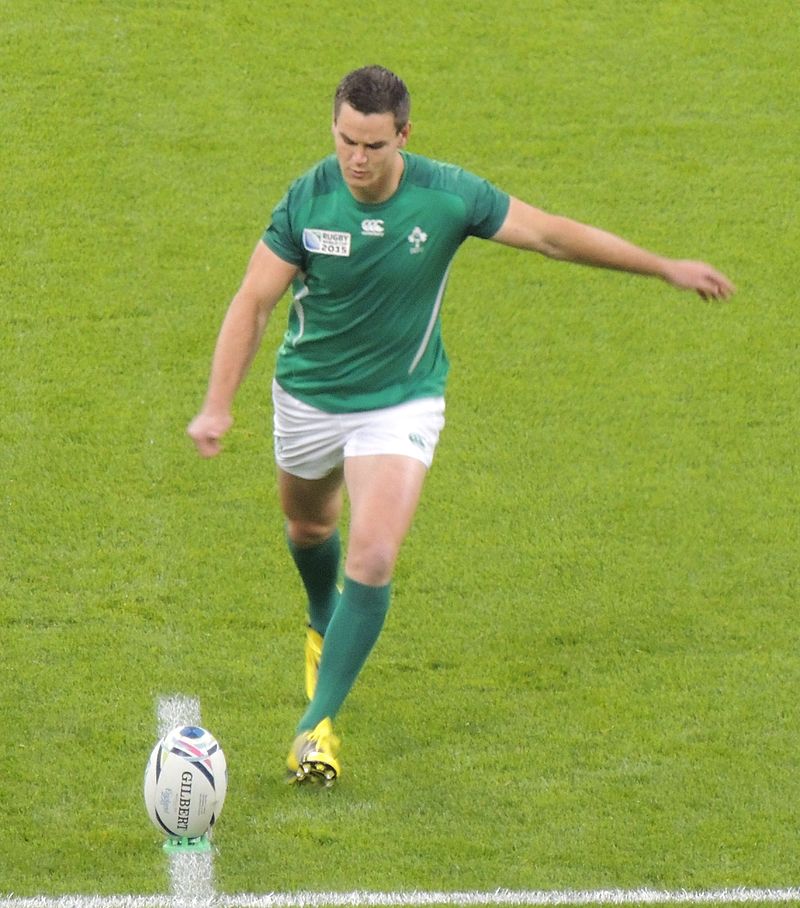 Ireland’s fast starts down the All Blacks

The Irish National Rugby Union Team put on a stunning, resilient showing as they bested the New Zealand All Blacks in a 2-1 series win.

Defeating the All Blacks is not something Ireland have made a habit of, as the New Zealanders have bullied them time and time again for over 100 years. As such, this unprecedented victory will go down as an all-time great achievement for the team.

Having beaten their opponents in New Zealand a week prior, Ireland once again raced into a lead in Wellington, with their first half performance allowing them to open up an impressive 19-point lead.

New Zealand showed their quality in the second half, as Ardie Savea, Akira Ioane, and Will Jordan all scored tries to reduce the deficit to only three points, surely frightening the Irish supporters, but substitute Rob Herring was on hand to score Ireland’s fourth try and ensure the victory.

It’s been a long road for Ireland, who have slowly but surely been tearing down the All Blacks since a first win against them in 2016. They have secured one other victory against them since, on Irish soil, but two victories against their rivals in the space of a week is uncharted territory for the Ireland team.

The Irish team have been gaining a bit of a reputation for their rapid, flying starts to matches, and they demonstrated this once again in Wellington. The fear factor that seems to have haunted Ireland every time they have faced off with the All Blacks appeared to have dissipated, with the New Zealand outfit the ones showing a lack of composure in the third test of the series.

Their failure to prevent Josh van der Flier’s early try just four minutes into the match was crucial, as they then simply couldn’t find their rhythm for the rest of the first period. They were rattled and were unable to produce much more than flickering moments of quality.

It was a truly momentous day for Irish rugby, one that they will surely struggle to top

Frustration seeped in as Ireland’s game plan worked time and time again, and the All Blacks seemed simply helpless to stop it.

The second half fightback was surely an inevitability – a team with the quality of the All Blacks was never going to roll over and die so easily.

Andrew Porter was lucky to receive only a yellow card, it must be said, as he collided with Brodie Retallick, but a slice of fortune is the least Ireland deserve after more than a century of hurt against this team.

New Zealand certainly held the momentum of the game as it entered its climax, as Jordan made Ireland sweat with his stunning solo try – running all the way from his own half and leaving Jonathan Sexton for dead before bringing the game to 22-25.

However, just five minutes later, Rob Herring – near fresh off the bench – increased Ireland’s lead once again, and from then on, the result seemed a sure thing.

Intense All Blacks pressure made Ireland work for their victory in the closing stages, but it was too little, too late, as Ireland held them off and pinned them back before celebrating their famous triumph.

With the World Cup coming up next year, Ireland supporters will surely be getting excited about their team’s chances of making an impression in the competition. However, coach Andy Farrell is reluctant to get too carried away:

“This is a special group. To come here and achieve what they’ve achieved. It won’t be done again, knowing what we know is going to happen in the next few years anyway.

“This is probably the toughest thing to do in world rugby. We came here. Nobody mentioned end-of-season tours. We dusted ourselves down and came here with task in hand. We went for it straight from the start.

“These guys have broken some records, but this will top everything I would think.”

It was a truly momentous day for Irish rugby, one that (as Farrell rightly notes) they will surely struggle to top. However, with the team in as good a position as they are ever likely to be in, they will no doubt savour the moment and take great pride in their success in New Zealand.