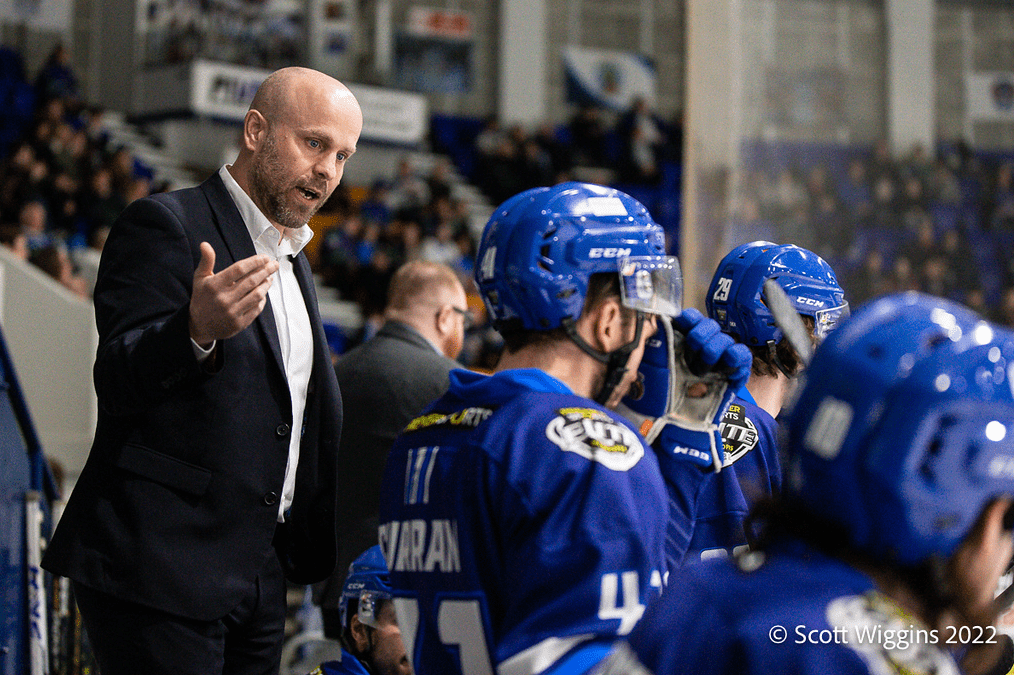 The Coventry Blaze endured a great deal of ups and downs this season, with extraordinary highs and dismal lows all intertwined resulting in a heart-breaking yet valiant defeat at the hands of the Belfast Giants in the Playoffs.

A shootout loss is always difficult to stomach, but things could have been very different were it not for a rough end to the campaign.

The season started reasonably well for Danny Stewart’s side, as they won four of their first six games, only losing a shootout to Sheffield Steelers and eventual regular league winners Belfast Giants.

However, after a 6-2 defeat to Fife Flyers, the Blaze struggled for form, picking up only two more wins before the turn of the year.

They continued in middling form for much of the next two months, but a late surge saw them rocket up the table.

At the end of a difficult March, where Coventry lost six consecutive matches, the Dragons bounced back with a 7-2 dismantling of the Dundee Stars, a 2-1 victory over Guildford Flames, a home win over Fife Flyers by the same scoreline, and finally, a mammoth 10-4 stomping of the Nottingham Panthers, their closest rivals in the table at the time.

That result seemed like it would serve as the catalyst for a surprisingly high finish for the West Midlands outfit, but an unfortunate loss away at Guildford Flames was followed by the Panthers’ first attempt at revenge – one they secured 6-4.

There was an instant response as Coventry confidently handled Glasgow Clan a day later, with goals from Alec Marsh and John Curran securing a 2-0 victory.

But it seemed Nottingham’s hunger for vengeance was not satisfied by a two-goal margin, as less than a week after their previous clash, the Panthers finally got what they were after – a 9-1 hammering of Danny Stewart’s men.

Although the scoreline somewhat flattered Mark Matheson’s side, it certainly served to rattle the Coventry team. Both netminders had a rough night, with C.J. Motte letting in five goals from just 26 shots before being replaced by Jordan Hedley, who was similarly helpless to stop the onslaught, as he conceded four of the 23 shots that came his way.

The Panthers were allowed too much time and space from the slot, with eight of their nine goals coming from close range.

Stewart’s team fought hard over the weekend that followed, but still fell just short, with the Giants edging them out with a 7-6 win, and a particularly painful final game of the regular season against the Dundee Stars ended in a 4-3 overtime loss.

Stewart said after the game: “I thought the first period was really good. We started the second okay. They had a couple of shifts where we took minors, we did a good job on the kill, but they took a bit of momentum from there.”

These final three games meant that the potential of a finish as high as fourth was wrenched from Coventry’s grasp, sending them tumbling down to eighth and handing them a playoff quarter-final matchup with number-one-seeded Belfast Giants.

After an impressive first leg draw with the Giants, J.J. Piccinich sealed Coventry’s fate in the shootout, ending their post-season in agonising fashion.

So, a disappointing conclusion to a rollercoaster season for the Blaze, who now look ahead to the new campaign.

At the time of writing, Coventry have had a couple of painful departures already in the off-season, with C.J. Motte and prolific forward Luke Ferrara both securing moves away from the team. Nathanael Halbert and Alex Forbes have re-signed with the team, but no doubt the team will be looking to make several more moves to ensure a strong showing in the 22-23 edition of the Elite Ice Hockey League.