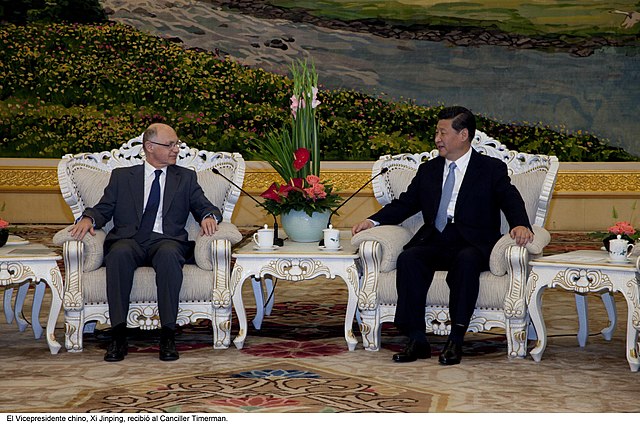 For the first time since the outbreak of Covid-19, the Chinese economy’s growth has slowed dramatically as a result of President Xi Jinping’s zero-Covid policy. Although there hasn’t been a decline, new Gross Domestic Product (GDP) data has shown there has only been a growth of 0.4%, which is one of the lowest figures China has seen in 30 years. But what exactly does this mean, both for the future of China and the global market?

An “economic slump”, which is how The Guardian describes China’s current situation, means the amount of goods and services produced per head of the population has decreased during the second quarter of the year, (April, May, and June). It also means the market value of the goods and services is lower than it was during the first quarter of the year, (January, February, and March), during which GDP grew by an impressive 2.5% (despite the base number it started at being relatively high). While 0.4% may seem poor, it’s even worse than economists predicted it would be, as they forecasted that the lowest growth would be around 1%. Experts are now predicting that Beijing will fail to meet its annual growth target of 5.5% this year.

While this may seem harsh, Xi’s strict zero-Covid policy was successful early in the pandemic and he is no doubt attempting to recreate that same success

Since China is usually regarded as a money-making powerhouse by the international community, you might be wondering what has caused the world’s second-biggest economy to reach their lowest economic point since the pandemic started. Eswar Prasad, the former head of the International Monetary Funds’ (IMF) China division, cites “unfavourable domestic and external circumstances”, combined with the government’s zero-Covid policy, as the reasons behind the slump. Xi’s administration have also blamed the pandemic for the economic slowdown, as they have consistently said that they will prioritise protecting the country from coronavirus outbreaks over the economy — resulting in the controversial zero-Covid policy.

Under the zero-Covid policy, Beijing has been enacting snap lockdowns and restrictions on people’s mobility, in order to combat a wave of Omicron which hit during the second quarter. This included a two-month lockdown in Shanghai in an effort to eradicate Covid-19 from the world’s main manufacturing hub. As of 15 July, there were still 31 cities under full or partial lockdowns (affecting 247.5 million people), including regions which account for 17.5 per cent of the country’s economic activity. While this may seem harsh, Xi’s strict zero-Covid policy was successful early in the pandemic and he is no doubt attempting to recreate that same success — it’s also necessary procedure due to vaccination rates being low in China, meaning people are more vulnerable. Looking at the dates, the economic slump can be tied directly to both the latest wave of Omicron sweeping across China, and how the government responded to it.

Another factor playing a role in the economy is the “unfavourable domestic… circumstances” that Prasad spoke about: for example, youth unemployment hit a record high of 19.3% in June, as this year’s college graduates were thrown into the workforce during large-scale lockdowns. While new graduates usually push the unemployment rate up, according to the China’s National Bureau of Statistics (NBS), there has been a steady rise in the number of young people without jobs since October 2021. Compared to their peers in other major economies, young Chinese people are faring worse in their job market, with the same age group having an unemployment rate of 8.1% in the United States and only 3.8% in neighbouring Japan. It seems that youth unemployment and the faltering economy are feeding off each other, creating a cycle in which nobody wins.

Just as economists failed to predict the low rate of Chinese growth last quarter, they don’t always get it right when it comes to forecasting

While it’s easy to assume that China’s economy won’t affect our lives, it’s likely to have an international impact, similar to those seen during the Shanghai lockdown. Some experts believe that it might lead to the diversification of supply chains, which are necessary to maintain resilience, and that it could speed up the process of relocating production out of China. It’s also likely that China’s “anaemic” performance during the last quarter will endanger prospects for countries who regularly trade with China, making people worry about the possibility of global “stagflation”. Last seen in the 1970s, stagflation occurs when slowing economic growth is combined with rising prices, which provides a catch-22 for economic policy: it’s impossible to lower inflation, making products affordable, without exacerbating unemployment. Many economists worry that China’s “economic slump” could indicate that a global stagflation is on the horizon, unless the situation is handled correctly.

Although the slowing down of the economy is a cause for concern, that isn’t to say that we should rush to prepare for another apocalyptic scenario. Just as economists failed to predict the low rate of Chinese growth last quarter, they don’t always get it right when it comes to forecasting and many worries surrounding the global economy are purely speculative. In fact, being able to look to the future of finance makes us more capable than ever of putting precautions in place and making sure that we steer away from international stagflation. When it comes to China, who knows what the future may hold? Yet, it seems likely that the economic superpower will be able to recover from this Covid hit, especially since they bounced back from the previous one.