Will Darwin Nunez be a success at Liverpool?

The year is 2016, Liverpool manager Jurgen Klopp is asked about the recent acquisition of Paul Pogba by eternal rivals Manchester United. Jurgen responds with his fears that “if you bring one player in for €100m and he gets injured, then it all goes up the chimney”.

After the untold success and footballing achievements, Klopp has finally potentially broken this milestone with the acquisition of Darwin Núñez. The 22-year-old striker scored 34 times in 41 appearances last season in an outstanding campaign. This begs the question – will he become another legend in the storied history of Liverpool, or will his career go up in smoke?

Darwin Núñez isn’t a Benfica academy graduate, nor was he an instant success at the Portuguese institution. After becoming Benfica’s record signing in the summer, he struggled to hit the same goalscoring record that we saw him attain this season.

After scoring 16 for Almeria in 32 games, he netted five league goals in 28 for Benfica in his first season. This led to many Benfica fans becoming curious about what they had attained for the cost of €24 Million.

However, the wider context of four managers between 2020 and 2022 may have alleviated some of the pressure from him. The wonderkid still managed to net ten assists in 2020/21 leading to interest from many clubs around Europe.

These clubs were right to be interested and Darwin had his breakout campaign in his second season, going from five league goals to 26 in the recently concluded campaign. Demolishing the defences of both Barcelona and Liverpool demonstrated that this could not just be a one-off campaign.

If he has time to imbed within the team, there seems to be a very high chance that he could deliver on his extraordinary promise

Being the top scorer of the Portuguese top division is no mean feat, but to do it at the age of 22 makes that achievement all the more incredible. This led Jorge Jesus to claim that “he will be a world-class player”.

However, we have seen great goalscoring campaigns in Portugal from many otherwise underwhelming forwards, so these achievements don’t necessarily indicate a guaranteed world-beater.

Likened to both Liverpool legend Fernando Torres for his ferocity and speed on the ball and compatriot Edison Cavani for his aerial prowess and movement in the box, Jurgen Klopp declared upon his signing for Liverpool in 2022 that Darwin “has all the pieces we look for. He can set a tempo, he brings energy, he can threaten space from central and wide areas. He is aggressive and dynamic with his movement”.

A quick striker, Núñez can often use his pace to beat defenders alongside creating space for other attackers to flourish. A partnership with Mohammed Salah seems like an ideal pairing with the duo’s pace and power likely to cause many defenders a restless sleep.

While he certainly has the attributes, Andy Brassell notes that “high-impact style could end up taking its toll on him in the Premier League”.

Although Klopp’s team seems to perform miracles, turning players who were seen as average into world-beaters, there is always a risk that Núñez could burn out or underperform like many recent Premier League acquisitions. Chelsea’s big money signing of Romelu Lukaku springs to mind.

If he has time to imbed within the team such as the likes of Keita, there seems to be a very high chance that he could deliver on his extraordinary promise. It is unlikely that the pressure will get to him – he has lived his whole life in a pressured environment. However, the Premier League prides itself on being a step above every other league, and for many a promising and big-money signing it has proven a step too far. 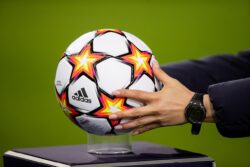 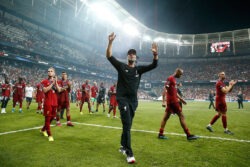 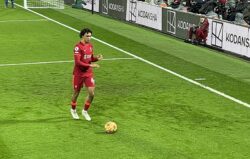 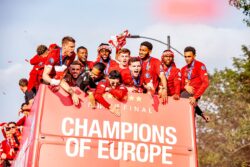