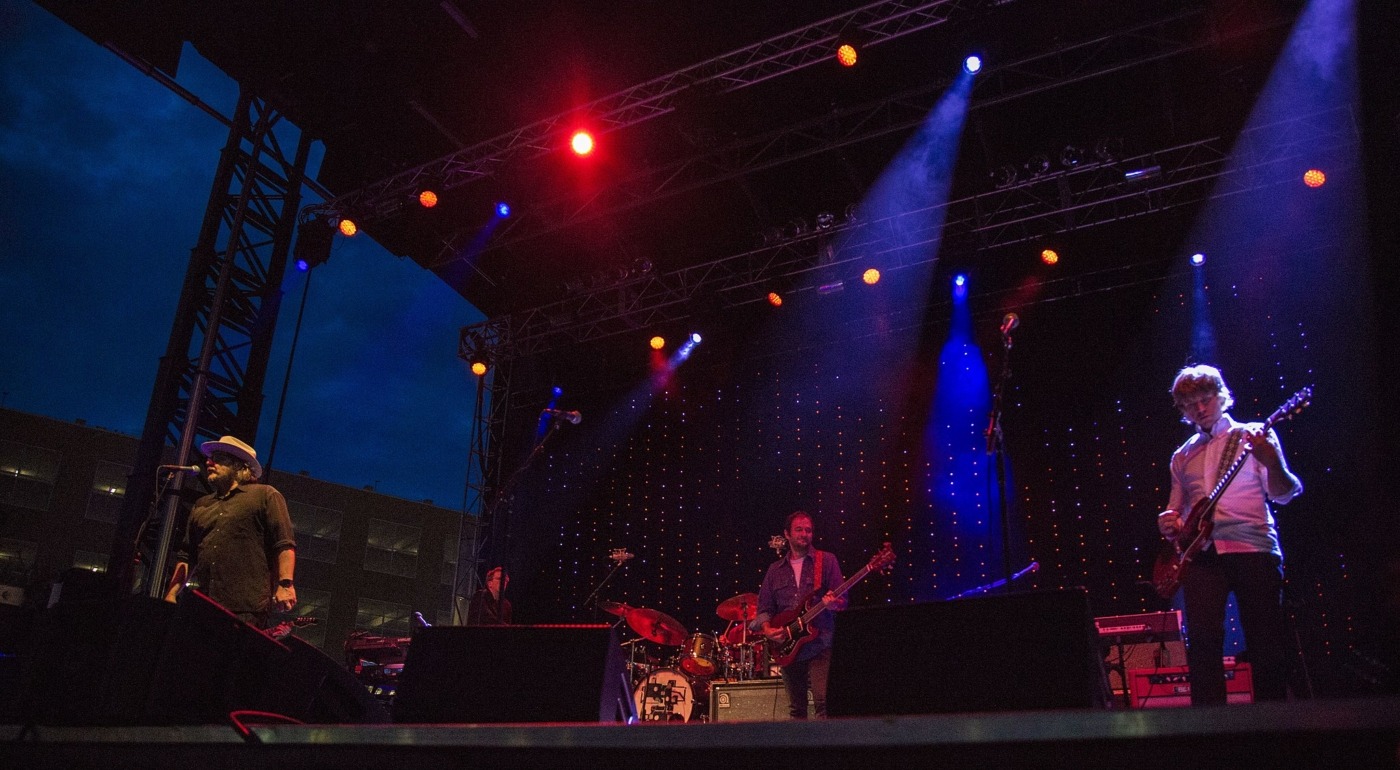 Wilco are not a country music band. In fact, throughout their history, they’ve worked to move away from the genre, fusing their alt-country roots with elements of classic pop and indie to create their distinct brand of experimental rock. However, when they started recording songs together after the pandemic, the band noticed that their usual songwriting approach of experimenting with sounds and styles to create something new didn’t make sense anymore. The resulting album, their 12th studio effort, is a loose collection of unapologetically country songs.

Cruel Country’s 21 songs, all written by lead singer Jeff Tweedy, are mostly tied around one central theme, the conflicting feeling of loving America while recognising its ongoing history of horrific inequality and violence. This seemingly paradoxical idea is clearly conveyed on the title track, where Tweedy goes from singing “I love my country like a little boy” to “I love my country, stupid and cruel”, cleverly subverting country music stereotypes.

The outcome is a much more laid-back and soft style than Wilco’s previous country-rock projects A.M. (1995) and Being There (1996).

This unconventional kind of patriotism comes up again and again throughout the album, with Tweedy remarking “I’m ashamed/ Of who I am” in one song while admitting that he still feels a great attachment to his country in tracks like ‘I Am My Mother’ and ‘Mystery Binds’. At some points, his writing risks becoming too self-pitying, where his bleak social commentary is added on to with musings on the overall futility of his songs: “I wish I had more than/ A story to tell”. It must be said though, that the point of Cruel Country is probably not to provide solutions to America’s growing list of issues in a post-pandemic world, some having recently been brought to the forefront by the gun massacre in Texas.

In a letter announcing the album’s upcoming release, Tweedy wrote that “in this semi-post-pandemic world […] having something so elemental to how we’ve lived most of our lives taken away for so long made the plain old pleasure of sitting in a room together and making music feel urgent.” The isolation of lockdown had meant that the band were far less concerned with creating a musically ambitious or strictly cohesive set of tracks than they were with reuniting in the studio as a collective. This approach is reflected in the music videos for ‘Falling Apart (Right Now)’ and ‘Tired of Taking It Out On You’ where band members are shown relaxing and laughing together. The outcome is a much more laid-back and soft style than Wilco’s previous country-rock projects A.M. (1995) and Being There (1996).

Here, Tweedy’s soft-spoken vocal style accompanies some truly raw and emotionally vulnerable lyrics. In ‘The Universe’, he whispers “Talk to me/ I don’t wanna hear poetry / Say it plain”. And the irony of these lyrics is surely not lost on him. Through his poetry, he is able to bare his soul in a way that simply talking could never do. And although it’s nothing new for a Wilco record, on songs like the beautiful ‘Ambulance’ and the darkly funny ‘A Lifetime to Find’, his storytelling shines brighter than ever.

However, significant instrumental variety is rare on Cruel Country, which would probably be fine if the album weren’t as long as it is

As for the other band members, they complement his vocals with some solid instrumental performances. And Wilco let the instruments speak a lot throughout the album, with there being ample time afforded to musical breaks and solos. ‘Bird Without a Tail / Base of My Skull’ is one of the stronger tracks on the record, where the vocals cut out halfway through, letting the musicians build to a thrilling climax, ending the song with the return of Tweedy’s haunting chorus: “When my heart began to bleed/ Was death and death indeed”. Also, on the tracks ‘Hints’ and ‘Darkness Is Cheap’, Wilco enlist the help of French horn player Jennifer Kummer, whose performance is especially effective for complementing the melancholy of the latter song.

However, significant instrumental variety is rare on Cruel Country, which would probably be fine if the album weren’t as long as it is. At over 77 minutes, it’s Wilco’s longest album yet and comfortably earns the label of a double album. Unfortunately, with the instrumentals starting to bleed into each other in its weaker second half, its length isn’t justified.

As a double LP, Cruel Country fails to keep the listener engaged throughout. But considering the humble origins of these recordings, allowing Wilco to come together again as a band after a difficult few years, most fans will be more than satisfied by this often highly affecting release. For those who haven’t heard their music before, they’re probably better off starting with classics like Being There and Yankee Hotel Foxtrot.

We recommend: Bird Without a Tail / Base of My Skull