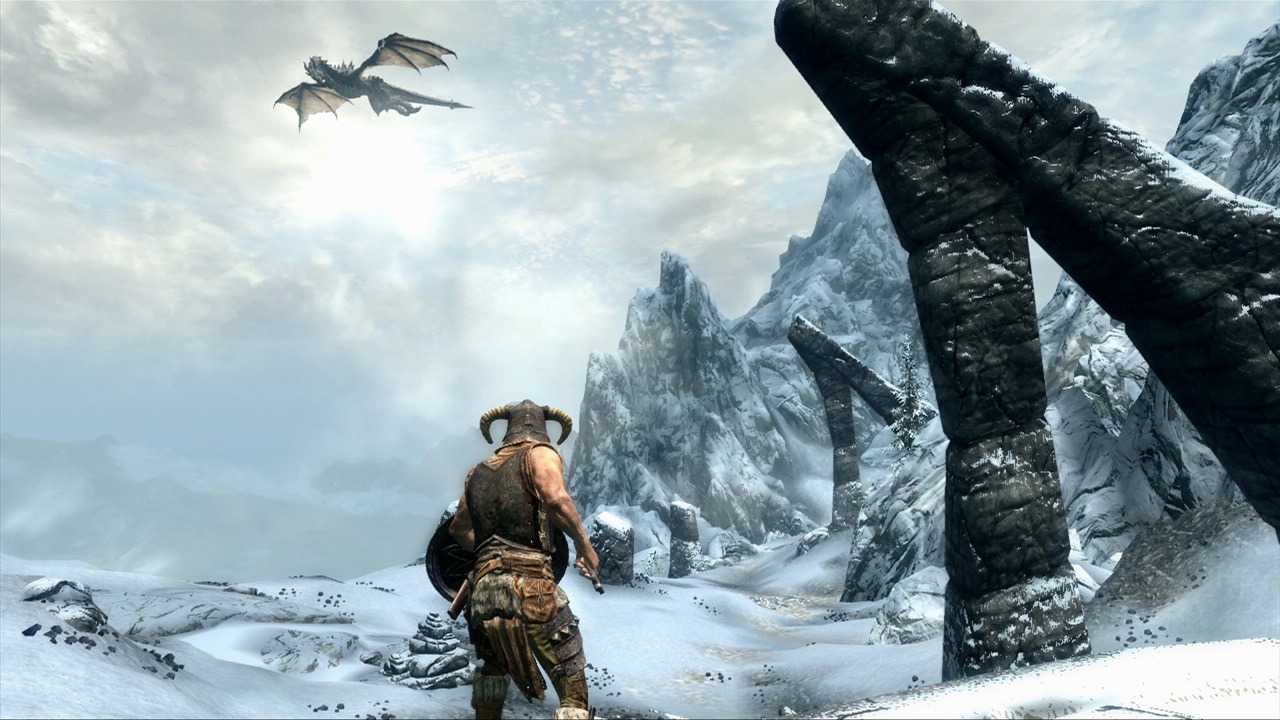 Thanks for my degree, Jez: an ode to ‘Skyrim Atmospheres’

Ok, I’m not here to brag, but I have just finished handing in all of my assignments (retrospective trigger warning for anyone still navigating the Term 3 hellscape: sorry, also lol haha sucks to be you). (Just kidding, seriously you’ve got this, just keep going!)

At 3am on Monday I used what little energy I could summon from the depths of my broken soul and soon-to-be-arthritic fingers to triumphantly close my tabula one last time. It’s been rough, gang, I won’t lie. I’ve written far too many thousands of words in three weeks. I submitted my dissertation with 49 seconds to spare, after two back-to-back all-nighters, 36 consecutive hours in the library and a breakdown in the (blessedly) private toilet cubicles on the ground floor. Sincere apologies to those who witnessed me flop face-first onto my laptop at 11:59am on Floor 3: I tried to make my mini-cry as respectful to the sanctity of silent study as possible, but sometimes you just have A Moment.

After weeks of living on cheese savouries and Lucozade Sport from Rootes (raspberry unfortunately, because if deadline stress wasn’t enough, the world has been conspiring to callously deny me the superior orange Lucozade, but whatevs), I honestly wasn’t sure if I’d make it through this last exam. Anna’s Academic Brain left to buy cigarettes in mid-April, and all it left behind was a confused sense that I must have notes from at least some seminars this year, set against a jumbled loop of the Horrible Histories ‘Charles II’ Eminem cover. PSA: apparently that last one isn’t a “credible academic source” in an essay on the English Civil War, so thanks for the help there CBBC.

But this is where Jeremy (sweet, sweet Jeremy) comes in. It has been Soule’s Skyrim Atmospheres, a 42-minute collection of atmospheric music from – you guessed it – The Elder Scrolls: Skyrim which has got me through the breakdowns, the stress, and the general struggle of intense academic burnout for this one last crunch.

I’m honestly not much of a gamer. Intense guilt about consuming any media for longer than an hour at a time when I’ve got essays to work on or reading to do means I haven’t managed to substantially get into new games since pre-uni. I’d played Skyrim religiously before Warwick though, and so going back to play in a world that doesn’t require me to process much new information has been a consistent past-time alongside studying.

Ranging from the sound of haunting choral melodies, through trickling water and birdsong, to more dramatic orchestral moments, Skyrim Atmospheres cycles through a variety of musical motifs from the soundtrack. Hoofbeats fading in and out provoke memories of wandering past traders while I fleshed out the unexplored areas of my map. The ‘Far Horizons’ motif reminds me of time spent in Whiterun, from wasting forty minutes finding Dragonsreach in my first playthrough (I literally don’t know how I could get lost in a town so small) to bailing myself out of jail for the first time when I botched stealing a wheel of cheese from Belethor. Skyrim Atmospheres weaves a tapestry of the varying experiences across the Skyrim map into one forty-minute track.

I’ve found that the breadth of experience associated with the track tricks my brain into concentrating, but with the positive, relaxing associations of my time playing the game, rather than the spiralling stress of coursework. The familiar movements of these motifs around one another comforts me without muting my productivity, motivates without distracting me. Hours upon hours of gameplay have even conditioned me to tune out the sudden and seemingly random DANGER music moments (see ‘Death or Sovngarde’ or ‘Steel on Steel’ in the larger album as examples of the motifs used in Atmospheres) which can be triggered in-game by merely walking in the general vicinity of a potential threat.

All-in-all, final year has been no joke – and finding ways to focus and get yourself through the mountains of work that come your way is so important for your general survival. Having something familiar that my brain can use to tune out the world while still concentrating on my work has been a godsend.

So if you’ve still got deadlines to go (Good luck! You’ve got this!) or are even just gearing up for a good old admin day at home and want something to help focus you, whether its Skyrim Atmospheres, music from your most-played game, or something else entirely, it might be worth trying to find focus in atmospheric music like this that you find familiar. This track has likely saved my degree from the dumpster fire formerly known as My Ability to Concentrate. I recommend finding an Atmosphere that works for you too!