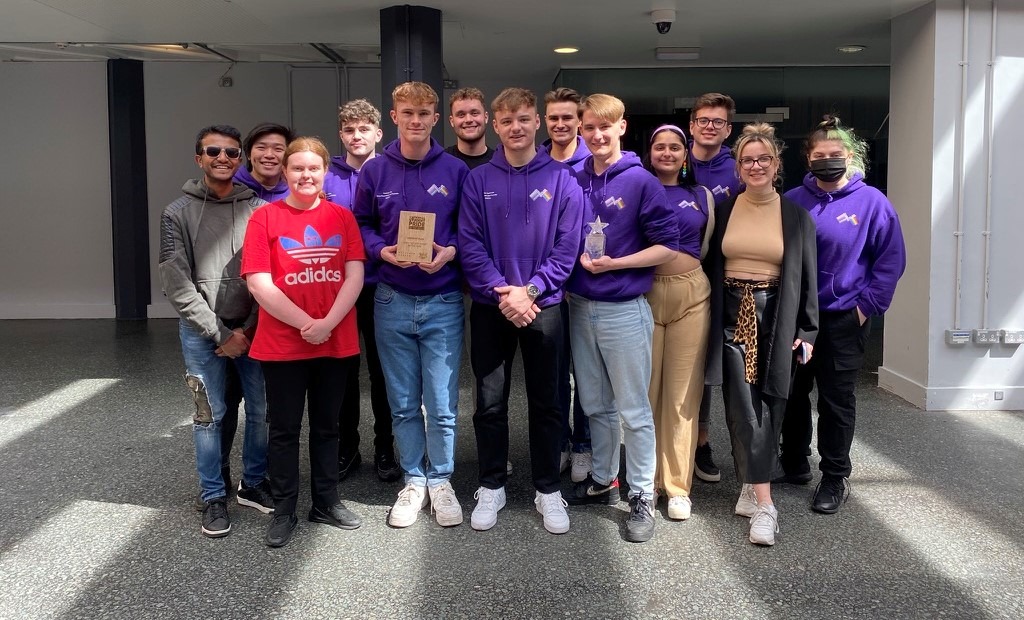 STEM subjects have a reputation for being objective and unpolitical, prioritising the scientific method and universality of results over prejudice and bias. However, according to multiple recent reports, this impartiality does not always extend to LGBT+ STEM professionals who have been found to experience higher levels of exclusionary behaviour and harassment compared to their non-LGBT+ peers.

A 2019 report by the Institute of Physics, Royal Astronomical Society, and Royal Society of Chemistry (based on 1,025 responses) found that “LGBT+ respondents experienced higher levels of exclusionary behaviour (18%) compared to non-LGBT+ respondents (10%)”. Trans and non-binary people were found to have experienced the highest levels of this behaviour. In addition,“28% of LGBT+ respondents stated that they had at some point considered leaving their workplace because of the climate of discrimination towards LGBT+ people”. Despite these statistics, the report does offer hope for the future with 70% of respondents reporting that the working environment for physical scientists is improving.

With these reports in mind, The Boar Science & Tech sat down with Warwick PLAN’s president, Joel Cooper, to discuss the issues behind these statistics and how they can be resolved. ‘Warwick Professional LGBTUA+ and Allies Network’, known as Warwick PLAN, began operation in 2021 and serves primarily as a careers society for LGBT+ students. When questioned on the importance of Warwick having a careers society specifically targeted towards LGBT+ students, Joel says: “Research published in 2016 found that six in 10 LGBT graduates go back into the closet in their first job. […] All the statistical evidence shows that there is an inherent problem that needs to be tackled somehow. And so much of the evidence suggests that if you don’t tackle it early, you’re not going to deal with it effectively. I think universities are a great place to do that.”

A lack of visibility in the workplace can lead to this situation where LGBT+ professionals feel uncomfortable being open about their identity. Joel explains that “there’s this common thread within LGBT people of having this inherent part of your identity that you’re taught to repress or even hate, and that can come with quite significant consequences to people’s natural confidence levels”. Expanding on how this affects LGBT+ people’s experience of the workplace, he adds that “feeling vulnerable or feeling like you are the other in the room can make it really difficult to properly engage and can limit practical opportunities in so many ways”.

The Boar Science & Tech also reached out to other members of Warwick PLAN’s executive committee for their thoughts on LGBT+ inequality in STEM. On the issue of why LGBT+ professionals often feel unable to come out to their colleagues, Jackson Morgan, a biomedical science student and freshers’ representative for Warwick PLAN, comments: “It’s not just the overarching perspective that people are worried about, but how individuals, both peers and superiors, will change their opinions if they know something about you and whether it’s easier to just keep quiet and focus on your career.”

Homophobia and discrimination in the workplace are particularly difficult to address as they often come down to the prejudices of individuals rather than organisations as a whole. While visibility and company policies regarding LGBT+ discrimination are incredibly important, if individuals within an organisation have homophobic views that affect how they treat colleagues on an everyday basis, this can be very difficult to combat. As Joel says: “There are a lot of general challenges with it that are very institutional so it’s very hard for any individual to tackle on their own.”

Expanding on how workplace prejudice can be addressed, Jackson explains: “Education is and will always be our best resource against discrimination. In the professional world where you risk being in touch with people who are more set in their ways, the best thing that can be done is the formation of societies and groups that bring together LGBTQ professionals in the industry and give a more united voice which is harder to dismiss and brush under the rug.”

The importance of organisations that are supportive of LGBT+ professionals is also heavily emphasised by Joel. “Pride networks are a really substantial and simple way that companies can create that community in that safe space, because realistically, people talk a lot about diversity and inclusion, and inclusion is the easy part, belonging is not,” he explains. “That’s the step that’s got to change in order for people to make genuine progress on the issue.” When discussing National Student Pride and myGwork, which he describes as “essentially the equivalent of LGBT LinkedIn”, Joel says: “Platforms like that are really powerful for, because of their scale, tapping into a real breadth of companies.” On the mentorship opportunities offered by myGwork, he adds: “Those one-on-one relationships can be really substantial for confidence and for being able to take that next step in your own journey.”

While many of these concerns exist across all fields, the nature of STEM careers means particular issues are exacerbated. For example, due to the international nature of science, professionals face an increased risk of interacting with cultures and countries that are not as accepting of LGBT+ people. When asked what organisations can do to ensure the comfort of their LGBT+ employees, Joel acknowledges that “it’s quite a challenging thing to deal with”. However, he also explains that the most important thing is for the company to be aware of the issue: “I think 9/10 of the effort is going through the time to make sure that there is some kind of support in place, whether that’s from a safety point of view or from an inclusivity point of view, or whatever dimension you approach, people’s awareness to these things is actually one of the most substantial parts.”

Joel also raises an interesting point on the differences between STEM and other corporations in regard to their interaction with LGBT+ university societies. “For a finance firm, for example, summer internships and graduate recruitment are a really easy way of creating consistent employment, and so engaging with societies is really useful for them,” he explains. “When those structures don’t exist more generally, within STEM fields necessarily, they’re not going to be as engaged with the university societies, and then that has a knock-on effect.”

To round off the interview, The Boar Science & Tech asked Joel what advice he would give to LGBT+ students that are worried about the discrimination they could face in the workplace: “You should not feel like your identity should not be an asset to you. Because sometimes it can be one of the most empowering things and being different can be an incredibly useful perspective.”