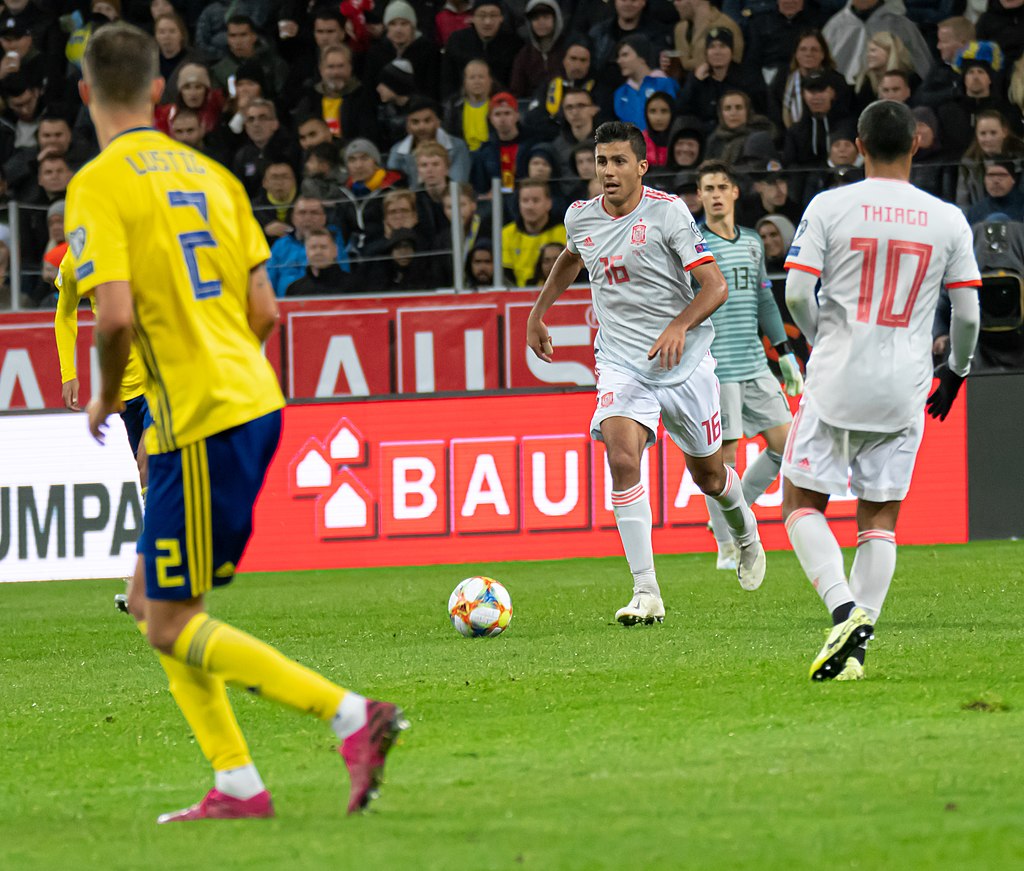 Next to the stand is yours truly – current editor and City fanboy, Mitchell Ryan.

The City bias may be showing slightly already, here, but Ederson is overlooked far too often for his Brazilian compatriot, Alisson. Consistently brilliant for Man City, a perfect fit for Pep’s side, and joint winner of the Premier League golden glove. He is a fantastic goalkeeper, and many would do well to remember that he is more than just a show pony.

I was so, so close to putting Reece James or Kyle Walker here, but I couldn’t bring myself to leave Trent out. Consistently excellent down Liverpool’s right flank, and nowhere near as defensively suspect as many make him out to be, it is so easy to forget that this man is only 23 years old. A frankly outstanding right-back.

The Argentinian always looked a solid signing for Tottenham, as 20/21’s Serie A Defender of the Year has stamped his mark on the Spurs backline under Antonio Conte. Ruthless in the tackle, and a definite upgrade on Davinson Sanchez at the heart of defence, Romero was a brilliant pick-up by the North Londoners, and a big part of the reason that they will be playing Champions League Football next season.

Maybe I’m doing it because I enjoy upsetting Liverpool fans, or maybe, just maybe, this is a good call. Laporte, like Ederson, often doesn’t get the respect he deserves. With the entire right-hand side of his backline decimated by injury, Laporte kept his head throughout a difficult end to the season. He is an absolute rock at the back, and has put in solid performance after solid performance for the champions this year, and rightly takes his place in my side at the expense of the equally brilliant Virgil van Dijk.

Although I favoured the Liverpool man at right-back, I was never leaving Cancelo out of this team. After a year of adapting, Cancelo has slotted perfectly into Pep’s system. If you ignore the frustrating amount of shots he skies, the Portuguese defender is an excellent player, and could seemingly do a job just about anywhere on the field.

I feel criminal leaving Thiago out, but in terms of impact upon the team and displays this season relative to the team around him, I think Gallagher has done superbly

Master of the timely long-range goal and the ideal successor to Fernandinho’s now-vacant throne, Rodri is a stalwart at the base of City’s midfield. He can ping a pass as well as anyone (except maybe my next inclusion) and can stick a few crunching tackles in when he needs to. He’s the link between defence and attack and an extremely effective anchor in the centre of the pitch.

No surprises here. The Premier League Player of the Year, Kevin de Bruyne, of course makes my team, joining teammate Rodri in my midfield. There may have been an element of recency bias involved in his award, but there is no doubting that the Belgian is world class. Much like his Spanish teammate, he can line one up from distance when necessary. He has had the best goalscoring season of his PL career, slotting home 15 goals to help his team to the title, including four in one game against Wolves. Assists are of course where he truly shines, though, and without his quality delivery, City would certainly not have secured four titles in five years.

Is this rogue? I feel criminal leaving Thiago out, but in terms of impact upon the team and displays this season relative to the team around him, I think Gallagher has done superbly. Shining in a Crystal Palace side that many tipped for the drop this season, Patrick Vieira has been fortunate to have him at his disposal this campaign. With a breakthrough into the Chelsea midfield looking unlikely, could this be Gallagher’s new permanent home?

What a player. Following penalty heartbreak at Euro 2020, Saka has bounced back like no other, leading Arsenal’s charge for the top four as he appeared in every PL game this season and made 18 goal contributions. Although he is unfortunate to be playing in the Europa League next year (should he stay at Arsenal), Saka is a top-class winger, and belongs in this team.

No, I did not forget about him – but he had to be moved to accommodate for the brilliance of Saka. Little more can be said about Salah and his qualities. He is a phenomenal player, his control is unbelievable, his finishing is equally dazzling, and watching this man dance through defences is truly a treat for any football fan, whether they like Liverpool or not.

Joint winner of the golden boot, it always amazes me that Son is never linked with a move away from Spurs. It is perhaps his humility that keeps him where he is, as there is never any drama surrounding the South Korean forward. As the rest of his team flailed under Nuno Espirito Santo, and during the dawn of the Conte era, Son remained a beacon of hope and more importantly, goalscoring prowess, as he dragged his team kicking and screaming into fourth place.