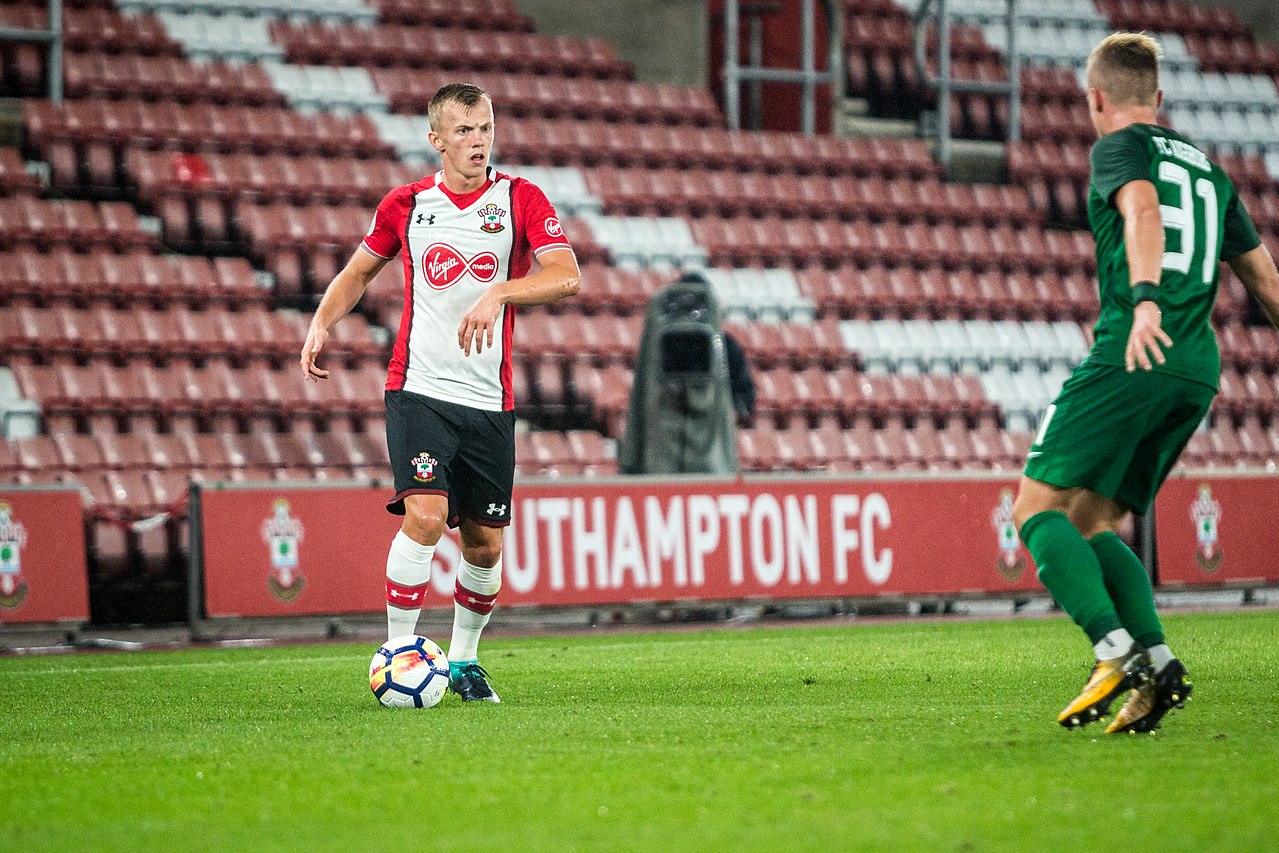 With our final entry, we have Liverpool fan, and the man responsible for the creation of the Boar Sport TOTS, Jake Rodrigues!

GK: Alisson
Edging past Ederson in goal for my team of the season is Liverpool’s Brazilian shot stopper, Alisson. Having watched him all season, I can confidently say that without Alisson, Liverpool would have conceded so many more goals from open play – Alisson truly saved us.

Although he did share the golden glove with his Manchester City counterpart and fellow Brazilian, Ederson, I definitely think Alisson had the better season. His reliability in one-on-one situations gave me an unfamiliar sense of calm when players breached Liverpool’s back line. His only shortcoming this season might be that he didn’t score this year!

RB: Trent Alexander-Arnold
Besides Mo Salah, Trent Alexander-Arnold has to be the most nailed-on choice for the Premier League team of the season this year. It is hard to believe that it has been 6 years since Trent made his Liverpool debut; he has gone from strength to strength, breaking records and challenging his own.

His 12 assists in the league this season mean that he has managed the feat three times, a tally that would make any creative midfielder proud. There is of course an argument that Trent struggles defensively, which is potentially why Gareth Southgate hesitates to start him for England.

Yet, when the ‘normal lad from Liverpool’ starts for the Reds, they are 62% likely to keep a clean sheet. His tackle success rate of 57.9% and almost 10 ball recoveries per game make him equally as integral to Klopp’s system in defence as going forward.

CB: Joël Matip
It might come as an unpopular decision for some, but having watched every game of the campaign, for me, Joel Matip was clearly Liverpool’s best defender this season. When Liverpool were lacking invention or the pace of the play was too slow, Matip’s adventurous forays forward injected energy into the Klopp’s team.

With Liverpool fans willing him to finally score at the end of a mazy run, the centre-back was, at long last, rewarded for his persistence, with a well-taken goal against Leeds in February. If anyone from EA Sports finds their way to this page, Matip needs better dribbling statistics next season!

CB: Virgil van Dijk
Having committed myself to putting Matip into my team of the season months ago, I did think it might appear too biased to put Virgil van Dijk in beside him. Liverpool’s most expensive defender has had an outstanding season of football and has returned to being a rock solid, Rolls-Royce defender.

It is so easy to forget that he suffered a horrific knee injury in October 2020 and had to work hard to return to fitness.Van Dijk’s dominance in the air, winning 73.5% of his aerial duels (the most for any defender last season), enabled the Reds to dictate the play and prevent the ball reaching Alisson.

The Netherlands captain’s impressive 90% passing accuracy across the season meant that Jurgen Klopp’s team were constantly pushing forward with very few mistakes from the back.

LB: João Cancelo
Manchester City’s João Cancelo had an excellent season in both the Premier League and the Champions League. Opting to bring in a City player into your fantasy team is always a risk given the dreaded Pep Roulette, but Cancelo always seemed to survive being rested, only missing 2 league games all season.

A reason for this might be his willingness to play on both the left and the right, but another might simply be his sheer quality. The Portuguese international is an integral cog in Pep’s ruthless scoring machine, contributing seven assists, which was only topped by Kevin De Bruyne in the City team.

With Erling Haaland following in his father’s footsteps and joining City next season, it would shock me if Cancelo does not surpass his career best assists tally. Although it is difficult to admit as a Liverpool fan, Cancelo has been excellent this season and he still has a lot of potential… perhaps one day he’ll reach Trent’s level!

CDM:  Declan Rice
Declan Rice was a joy to watch this season. His defensive stability gave West Ham licence to charge up the league table towards the European positions. On average, the England midfielder carried the ball further than any other central midfield player each game and brought the ball out of defence with confidence.

His crisp, fast passing and excellent reading of the game gave him authority on the pitch and has seen him cement his place in the England team. It would not surprise me at all to see Manchester United or Chelsea try and tempt him away from the London Stadium either in the summer window or some time next season.

CM: Kevin De Bruyne
There are just not enough words to describe Kevin De Bruyne. The Premier League Player of the Season was instrumental in ensuring City came back from a shocking start against Aston Villa to win the title on the final day.

Once again, De Bruyne’s class and composure has solidified his place amongst the best midfielders in the world. His 15 goals this season, with 13 coming after mid-December, is his best return in any Premier League campaign. His incredible work rate on and off the ball will give young players something to aspire to for years to come.

Chelsea will be kicking themselves for letting him and Mo Salah leave, knowing how Pep and Klopp respectively have transformed them into Premier League royalty.

CM: James Ward-Prowse
Now, this might be a bit of a surprise given how strong a campaign Bernardo Silva has had, but I have been really impressed with James Ward-Prowse this season. The Southampton captain’s 10 goals and 5 assists this season marks an impressive campaign.

A set piece master, Ward-Prowse has scored 14 goals from free kicks in his Premier League career and is well on his way to surpassing David Beckham’s record of 18. He has rightly been rewarded with a call up to Southgate’s England squad and I would love to see him get some minutes at the World Cup this December.

Without Ward-Prowse this season, Ralph Hassenhuttl’s side would have struggled with securing Premier League safety, and for the sole reason that without him Saints may have been playing Championship football next season, James Ward-Prowse has to make the team.

RW: Mohamed Salah
It would be criminal to even consider leaving Mo Salah out of your team of the season, or of course your fantasy football team. Liverpool’s talismanic top scorer netted 23 times in the league for the Reds this season and also topped the playmaker charts with 13 assists.

It is no surprise that the Egyptian has since won both the FWA Footballer of the Year and the PFA Player of the Year awards. His outstanding league performance has pleased Liverpool fans across the world but the campaign has been marred somewhat by the ongoing difficulties surrounding Salah’s contract and his drop in form following AFCON.

Although he looks set to leave the Merseyside club on a free transfer next season, his utter dominance in the league this season and almost every season since his arrival in 2017 has helped make Liverpool consistent title challengers.

CF: Sadio Mané
This is where my Liverpool bias might come through a little more. The fact that Sadio Mane is being considered in Ballon d’Or discussions is testimony to his excellent season for both Liverpool and Senegal.

Since Luis Diaz’s arrival in January, Mane has made the centre forward position his own and come up with some big goals, particularly against City in the FA Cup and Premier League. For me, he starts over Ronaldo and Kane because he carried the Liverpool team after AFCON and kept the Reds in contention for the league title.

His tenacity, work rate and selfless attitude has led to Bayern Munich looking to tempt him to the Bundesliga. He will be sorely missed on Merseyside – by the red half at least!

LW: Son Heung-Min
Spurs’ Son Heung-Min has been sensational this season in front of goal, finding the net 23 teams without a single penalty. With the arrival of Kulusevski and Kane having a good season, Conte’s rejuvenated Tottenham side pushed on to secure their Champions League spot, but a lot of the plaudits have to go to Son.

With his seven assists, Son is now only the fourth different Spurs player to reach 30+ goal involvements in one Premier League campaign. Son would be an asset to any side in world football and if Spurs had missed out on the top four, we might have seen him eyeing up a North London exit. 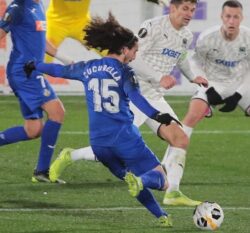 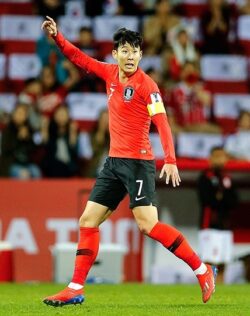