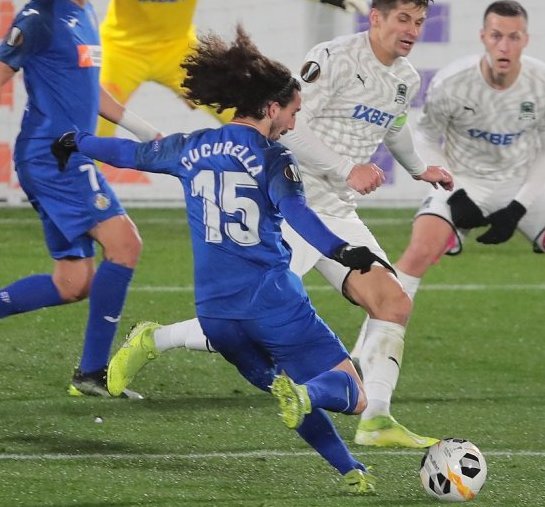 Up next with his picks – Arsenal fan and Martin Odegaard’s number one cheerleader, Jack McRae!

This was a difficult selection with a number of goalkeepers having strong seasons. However, the likes of Jose Sa’s and Aaron Ramsdale’s hugely impressive starts at their new clubs have seen their form dip slightly in the second half of the season. Alisson, on the other hand, has been superb throughout. Particularly strong at coming off his line to make countless one-on-one saves and offering a commanding presence, there is little doubt the Brazilian should be in this team.

Trent Alexander-Arnold is a truly unique player. It is a phenomenon that a side’s most creative player is their right-back, and that goes to show quite how spectacular he is going forward. Yes, there remain question marks surrounding the space that is left behind which against the very best sides can be exposed. But what small defensive negligence he possesses, he makes up for tenfold with pinpoint delivery and the occasional wondergoal.

The best centre-half in the world restamped his authority this season after an injury-blighted 20/21 campaign. Liverpool’s key player continues to dominate Premier League attackers and how he manages to do so with such coolness is quite astounding. I think we have become so accustomed to his talents that Van Dijk is almost underappreciated; particularly in his ball-playing ability. There are few players in the league who come close to the imperious standards set by the Dutchman.

A potentially questionable centre-half choice given Cucurella is a more traditional left-wing-back, however I felt obliged to shoehorn a Brighton player in somewhere. The Spaniard has been monumental since signing from Getafe last summer and it is unsurprising that he has been touted with a move to Manchester City in recent weeks. Comfortable in a number of positions, including centre-half, he has become Graham Potter’s best and most important player as the Seagulls recorded their highest ever finish in the Premier League.

Joao Cancelo is the epitome of the ’modern-day full-back’. Capable playing on both the right and left of defence, he has been imperative in improving a seemingly unimprovable City side. There is something satisfying about watching Cancelo as he plays outside-the-foot crosses with aplomb to the conglomerate of City forwards. It could have been possible to consider Andy Robertson as an alternative left-back in this side, but it is simply impossible to leave Cancelo out.

There had been concerns in recent seasons about how City would be able to manage in defensive-midfield with the aging stalwart Fernandinho reaching the end of his career. In Rodri, they have found their answer and possibly an even better player. Not only does he average 3 tackles and interceptions a game, but he has also contributed a number of significant goals – notably on the final day of the season and, most personally painful, the 94th minute winner at the Emirates.

Who’d have predicted this turnaround? The once £40 million striking flop has been transformed under Eddie Howe into one of the best workhorse midfielders in the league, making 72 tackles and 34 interceptions over the season. Joelinton struggled to really find his place in the side under Steve Bruce; he was never really a classic centre forward, nor was he particularly effective on the wing. The change in form was central to Newcastle climbing out of what appeared certain relegation to comfortable mid-table solidarity. He will continue to be key as the Magpies aim to push even higher next season.

Kevin de Bruyne is special – and that might even be an understatement. It often feels unfair watching the Belgian. How can oppositions compete when he is simply that good? Although probably an undeserved winner of the PFA Player of the Season, skewed by recency bias, nothing can be taken away from the talent he possesses in both feet. The four goals scored at Wolves, three with his weaker left foot, his season highlight.

I don’t think there are words to describe how good I think Bukayo Saka is. Bouncing back after the Euro’s penalty miss, the wonderkid has elevated his game substantially this season. His ability to take games by the scruff of the neck and drag Arsenal, often single-handedly, to three points is remarkable. Saka was the only Arsenal player to feature in every league game this season, reflective of both his importance and the alarming lack of squad depth at the club. Whilst it was clear to see he was tiring towards the end of the season Saka could have hardly done more.

The top scorer and top assister in the league this season will be in every single person’s ‘Team of the Season’ for good reason. His form in the first half of the season was incredible as he seemed to score virtually every game for about four months. Salah is one of the league’s greatest ever wide players and Liverpool will be desperate to sort out his contract fiasco because losing him would be catastrophic.

Son is annoyingly good at football. As an Arsenal fan, I truly despise him for it. He always seems to score a last-minute winner or win a penalty out of nothing (I am still bitter about his theatrics in the North London Derby). Son scored from every third shot he took and overperformed his expected goals by 8 – a truly lethal player.