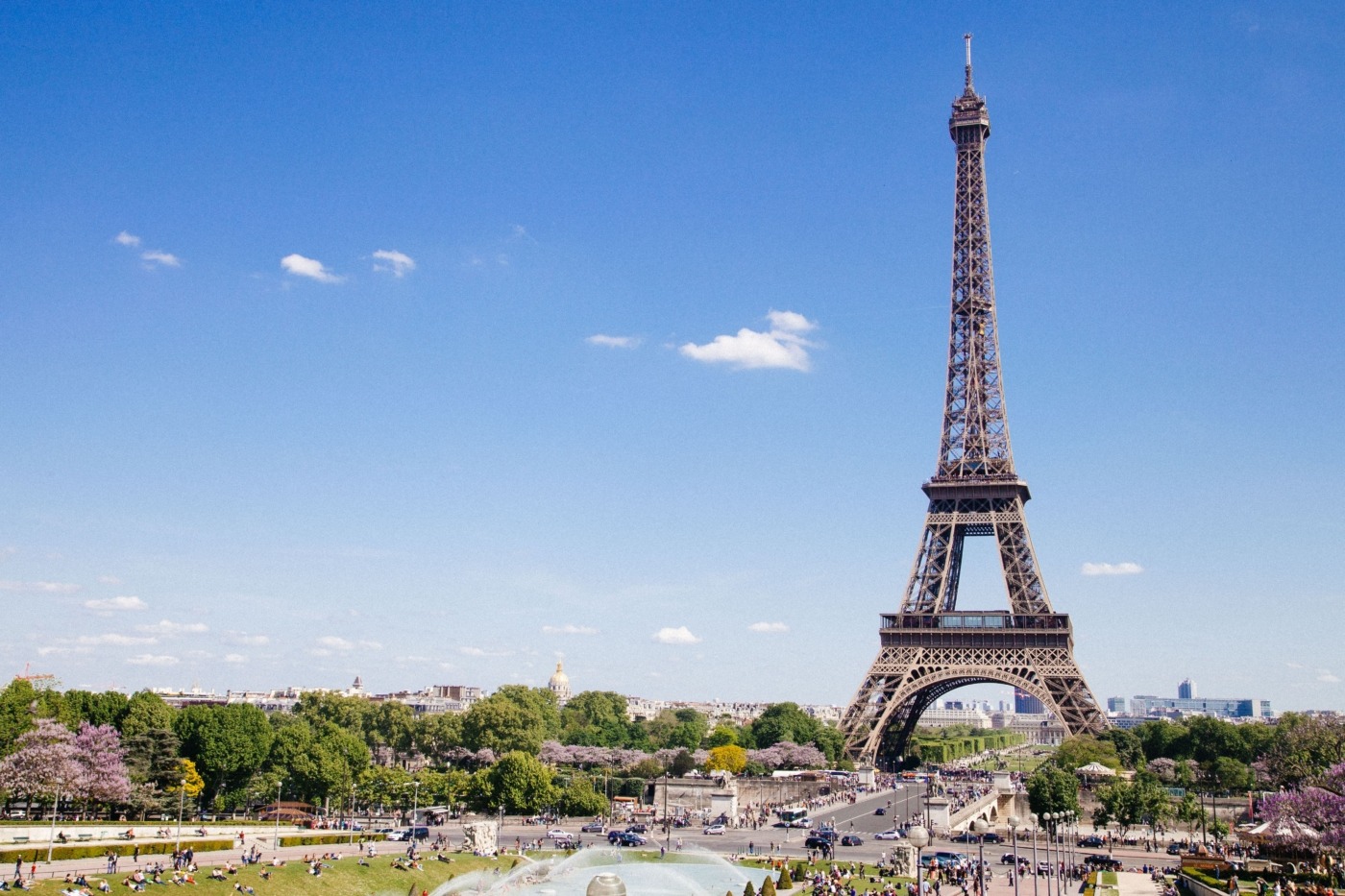 Y esterday (Sunday 19 June), the French elected their 577 new MPs. As a reminder, the voting system is a two-round multi-member ballot, unlike most European countries which have a proportional representation system. Another reminder, Emmanuel Macron won the presidential election a month ago and hoped to get an absolute majority to allow him to govern, as is always the case.

The results are as follows. Emmanuel Macron’s centrist party, Ensemble, and its allies won 245 MPs. They would have needed 289 MPs to govern without a coalition. The right-wing party Les Républicains and its allies won 64 seats and the far-right party Rassemblement National 89. The left-wing NUPES coalition, composed of 4 parties, won 131. The last deputies are divided between the regionalists (10 seats), the various left (23 seats), the various centre (4 seats), and the various right (11).

This election is part of, and confirms, the upheaval of the political spectrum in France, which began in 2017. Such a fragmented assembly is very rare in France. Historically, the PS (Socialist Party) and the traditional right-wing party LR (formerly UMP and RPR) took up almost the entire assembly. An absolute majority was the norm. Now, however, there are three blocks and it is key that we understand what happened in this election.

we can see the disengagement, weariness and resignation of whole swathes of the population.

One lesson is abstention. 26.3 million French people did not go to the polls on Sunday – more than one in two voters (54%). Abstention, which has been rising steadily since 1981, is particularly high among young people with 70% of voters under 35 not going to the polls in the first round. From this, we can see the disengagement, weariness and resignation of whole swathes of the population – a severe indicator of France’s democratic future.

Secondly, the loss of the absolute majority is a huge failure for Emmanuel Macron. So, what exactly went wrong for the recently elected President?

Ideologically, Macron’s whole strategy, based on ‘it’s me or the extremes,’ has played tricks on him. Indeed, since his political rise, he has taken advantage of the decline of the two governing parties, the PS and LR, to create the broadest possible centrist bloc, including many former socialists and members of LR. Secondly, he has continued to denounce his opponents as threats to the Republic. He regularly denounces a fascist peril on his right and a red peril on his left. Macron and his supporters have arrogated to themselves the monopoly of the Republic, considering themselves legitimate to decide who was ‘republican’ and who was not. He declared between the two rounds that no voice should be missing from the Republic, implying that he was the only one to represent it. He paid for this lack of ideological backbone. A project so empty of substance could not trigger an electoral dynamic.

Strategically, he did not understand the particular context of his second presidential victory. He thought that winning the presidential election would have assured him of an absolute majority. The default vote of a part of the electorate – especially on the left – and the growing hatred of a significant part of the population towards him, should have pushed him to run a more convincing campaign. Instead of doing that, Macron did not campaign. He travelled abroad between the two rounds and settled for a brief speech on an airport tarmac. The appointment of Elisabeth Borne as Prime Minister did not help either. Her highly technical profile, lacking in charisma and energy, was a drag on the campaign.

to crown this failure, heavyweights of the party, close to Macron, were defeated.

To crown this failure, heavyweights of the party, close to Macron, were defeated, such as the president of the National Assembly, Richard Ferrand, the former Minister of the Interior, Christian Castaner, and the current Minister of Ecological Planning, Amélie de Montchalin. The latter will therefore have to resign as is the tradition.

The third major issue is the breakthrough of the extreme right, growing from 8 to 89 MPs. Despite their electoral weight (their leader Marine Le Pen reached the second round of the last two presidential elections and they won the 2019 European elections) the voting system was not favourable to them, which explains their low representation in the National Assembly. The hard right has overtaken the governmental right for the first time in the history of the 5th Republic.

Ideologically, the vote was based on identity, socio-economics and rejection, which explains the surge in support for the far right. Firstly, mass immigration, insecurity and delinquency, and judicial laxity exasperate a part of the French population. Secondly, the impoverishment of the former industrial regions, hard hit by globalisation and therefore by unemployment, has pushed the communist strongholds into the arms of the extreme right. Thirdly, distrust of the institutions in place and the feeling of not being listened to pushed voters to vote for the candidates who most denounced the system. Finally, the French particularity of the moment – the anti-Macron hatred so prevalent in French society – benefited the RN as well as the NUPES.

the leftists dared to dream of repeating the mythical “Popular Front” of 1936.

Eroded for some time, this election completed this Republican front. Firstly, the emergence of another hard right party – Reconquest – more virulent than the RN on immigration and identity issues has made the RN more ‘respectable’. Secondly, Macron’s party, Ensemble, did not call for a vote against the RN in all constituencies. As a result, vote transfers did not particularly go to the RN’s opponents and there was even more of an anti-Macron front than a classic Republican front. The RN’s electoral base is no longer limited to the working classes – the RN has legitimised itself among the white bourgeoisie.

Fourthly, hope gave way to disappointment for the left. In the aftermath of his elimination in the first round of the presidential election, Mélenchon tried to create a dynamic by calling on left-wing voters to elect him prime minister – even though this is not the official role of the legislative elections. He even spoke of a “third round of the presidential election”. To succeed, Mélenchon then tried to bring the left together. After several days of negotiations, the Communist Party, the Socialist Party and the ecologists signed an agreement with France Insoumise, despite deep ideological divisions on Europe, nuclear energy, and the war in Ukraine. The aim was to prevent the division of votes.

The movement, called NUPES, an acronym for Nouvelle Union Populaire, Ecologique et Sociale, created a semblance of momentum and the leftists dared to dream of repeating the mythical “Popular Front” of 1936. But, as Marx said, all great events repeat themselves, twice, the first time as a tragedy, the second time as a farce. Almost completely united, the Left obtained only 131 out of 577 deputies. NUPES was confronted with the harsh reality that France and its people are right-wing. Nevertheless, Mélenchon’s strategy enabled him to go from 17 to 79 deputies, supplanting the socialists and becoming the first left-wing force in the country.

Yet compromise and dialogue are not part of the French political culture.

Thus, no alliance has an absolute majority, and this is only the second time in the history of the Fifth Republic. Yet compromise and dialogue are not part of the French political culture. France is more used to the war of the Gauls and fierce opposition. The interview with Christian Jacob, leader of the right-wing party LR, on Monday highlights this misunderstanding. Used to right-left oppositions, he is now stunned by the need to create a compromise. So how will the French president and his relative majority govern?

Two scenarios are now available to Emmanuel Macron, although they are untenable over five years. The first scenario, the simplest, would be to ally with LR, given their numbers and their ideological proximity. However, there is no indication that LR is ready to conclude any kind of government pact with President Macron and his parliamentary group. Radicality has prevailed over moderation in this party lately. Moreover, those who have remained in LR are precisely those who have always refused to join the president. For the moment, only Jean-François Copé, who is in the minority in the party, has proclaimed the need “for France” to work with Macron. More than ever, Copé seems isolated.

The second scenario would be to find allies of circumstance to “pass” this or that law. He will then have to rely on very experienced parliamentary advisers who can use their powers of conviction. But it will be difficult for him to deal with each case individually, because he will need more than 50 votes each time, knowing that a large part of the assembly, with the NUPES and RN in the lead, will be insensitive to any proposal. There will remain the representatives of the Republicans as well as a handful of left-wing deputies who, until now, have refused to rally to Mélenchon and the NUPES. They will have to be convinced one by one. Exhausting and nothing guarantees that such an agreement can work in the medium and long term.

We may speculate, but for now, it remains that Macron, despite his Presidential victory, shall find it infinitely more difficult to place his policies into action. France is a country divided.